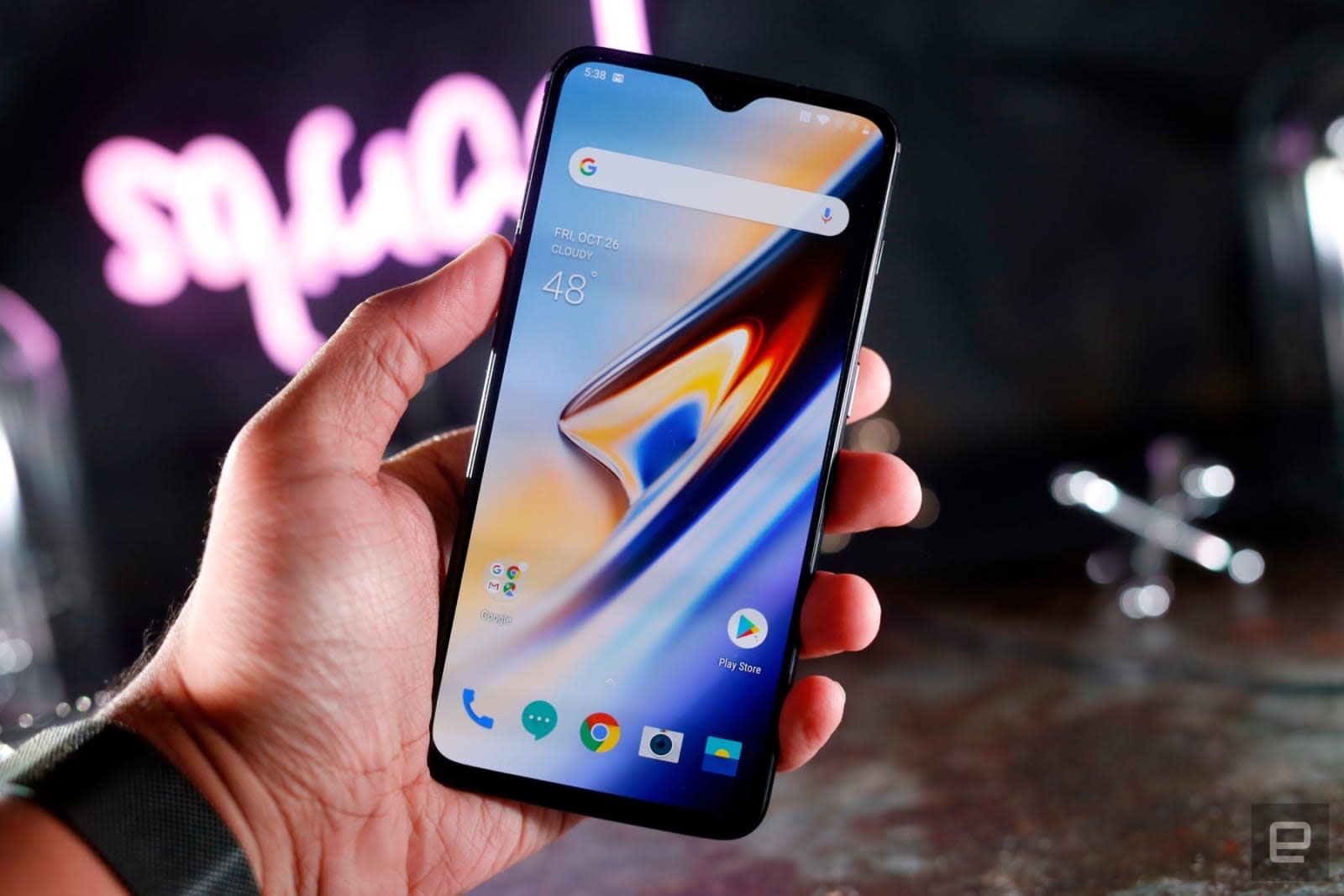 Yes, the rumor was true: OnePlus is making its phones available through a US carrier for the first time. T-Mobile will sell the OnePlus 6T through both its retail stores and online as of November 1st as part of an exclusive deal. It'll normally sell for $580 up front in an 8GB/128GB configuration ($0 down and $24.17 per month for two years), but it'll be available for $300 ($0 down and $11.67 per month) for a "limited time" if you trade in qualifying hardware. And if you're particularly eager, you can score the 6T at the T-Mobile store in New York City's Times Square on October 29th at 5PM Eastern.

It's a landmark arrangement for OnePlus. Carrier deals are frequently a must-have for strong phone sales in the US, and this promises to expose millions of Americans to the OnePlus badge for the first time -- it's not just for in-the-know enthusiasts anymore. This is also a coup against OnePlus' fellow Chinese rivals. Where Huawei and ZTE have quickly become personas non grata in the American market due to allegations of Chinese surveillance, BBK-owned OnePlus is making inroads. The brand just doesn't have that stigma attached to it -- and it may succeed where a giant like Huawei was shut out.

In this article: android, gear, mobile, oneplus, oneplus6t, smartphone, t-mobile
All products recommended by Engadget are selected by our editorial team, independent of our parent company. Some of our stories include affiliate links. If you buy something through one of these links, we may earn an affiliate commission.