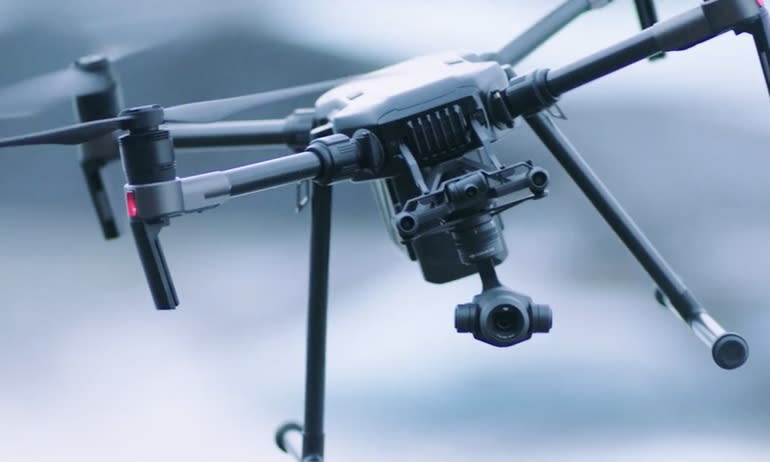 Some DJI drones are falling from the sky and no one is sure why. The United Kingdom Civil Aviation Authority (CAA) issued a safety notice Friday warning that some DJI Matrice 200 model drones have lost power mid-flight without warning and dropped straight down. The Chinese drone maker acknowledged the issue and said that it is working to address the matter.

According to the CAA, there have been a small number of incidents reported in which the Matrice 200 has completely lost power during flight. The problem occurs even when there appears to be charge remaining in the drone's battery. A similar issue plagued GoPro's Karma drones back in 2016 and prompted a recall of the devices.

The sudden shutdowns have not resulted in any injuries or damage in property, though the falling drones sure take a heck of a beating when they hit the ground. For the time being, the CAA is asking pilots to keep their drones at least 50m from any people, vehicles or structures. The agency is also insisting the affected drones not be flown at any height over people.

For its part, DJI has insisted that the problem is limited in scope but is reviewing each individual case in hopes of fixing the issue. In the meantime, the company recommends that all Matrice 200 owners use the DJI Pilot mobile app to update the firmware for their aircraft.

In this article: caa, CivilAviationAuthority, dji, djimatrice, drone, drones, gadgetry, gadgets, gear, matrice200, safety, uk
All products recommended by Engadget are selected by our editorial team, independent of our parent company. Some of our stories include affiliate links. If you buy something through one of these links, we may earn an affiliate commission.