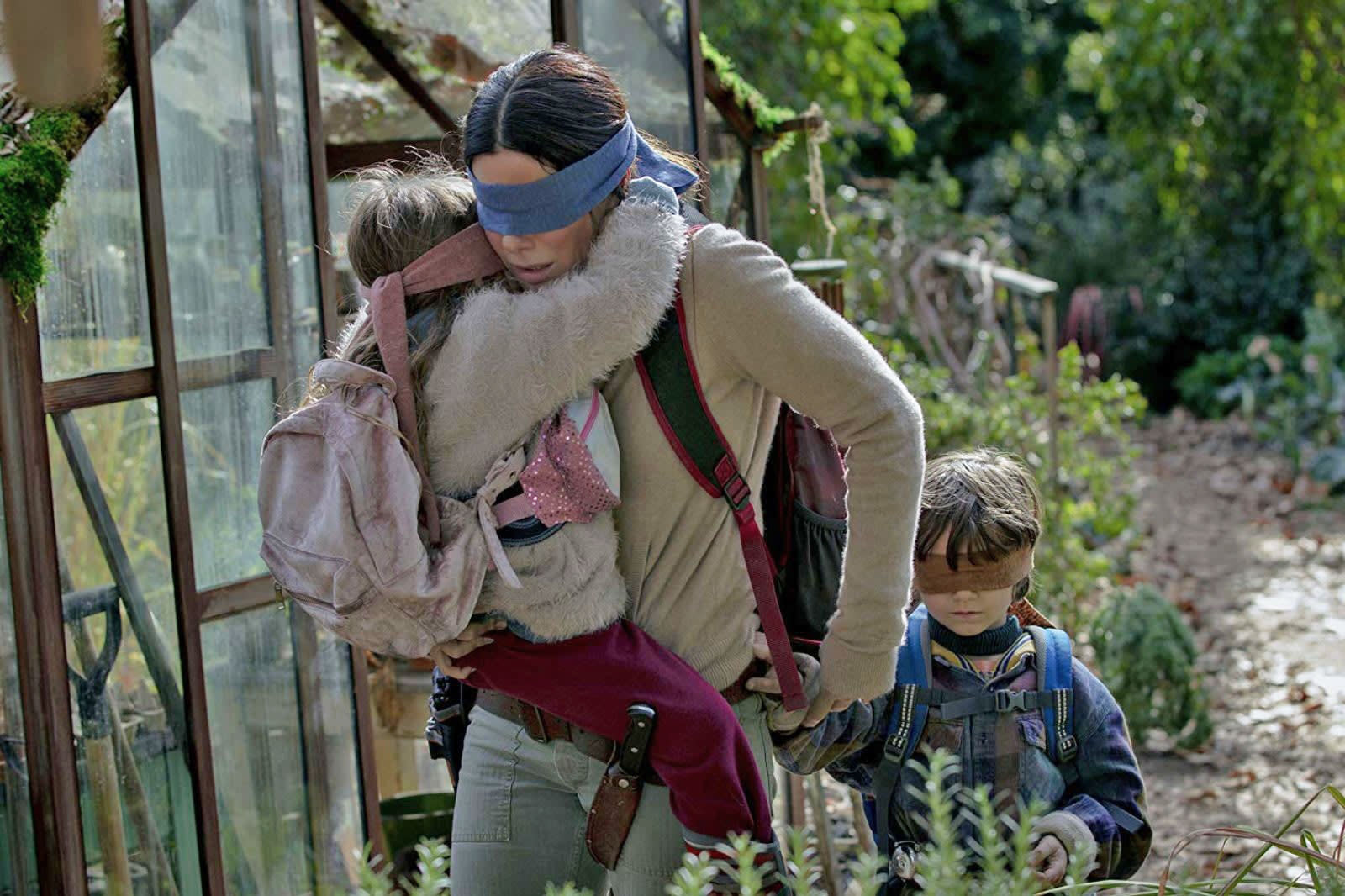 Netflix movies don't always get shown on the big screen, but whenever they do, they also debut on the streaming service at the same time. That won't be the case for three of its upcoming films, though, and it might all be due to the company's desire to finally win a certain golden statuette. Netflix will debut Alfonso Cuarón's black-and-white Mexican drama ROMA, the Coen Brothers' Western anthology The Ballad of Buster Scruggs and Susanne Bier's thriller flick Bird Box (starring Sandra Bullock) in theaters ahead of their online release.

For those wanting to see ROMA on the biggest screen possible, select markets will be able to watch in theaters AND on Netflix. Watch for special theatrical presentations of Alfonso Cuarón's ROMA, The Ballad of Buster Scruggs from the Coen Brothers, and Bird Box from Susanne Bier.

ROMA, which is apparently one of the leading Oscar Best Picture contenders, will have the largest gap between its theater premiere and Netflix debut. It will be shown in select cinemas in Los Angeles, New York and Mexico starting on November 21st, three weeks before it makes its way to Netflix on December 14th. Plus, its theatrical run will continue even after it arrives on the streaming platform.

Meanwhile, the Fargo creators' film will enjoy a limited theatrical run starting on November 8th, eight days before you can watch it at home on Netflix. Finally, the Sandra Bullock-starrer Bird Box, will be shown in select theaters first starting on December 13th. It will be available on the platform by December 21st.

But why would Netflix suddenly change its strategy after insisting on releasing films in theaters and on the platform on the same day in the past? According to Vanity Fair, it's to appease and attract filmmakers who prefer seeing their movies on the big screen and those hoping to win awards for them. Cuarón, for instance, has apparently been pushing for a significant theatrical release for ROMA.

Vanity Fair says it's a calculated move to show Oscar voters that it's serious about awards consideration. (Netflix signed a deal with popular awards strategist Lisa Taback earlier this year, so that notion's certainly believable.) A same-day theater and Netflix debut reportedly isn't enough for many of the voters, especially those whose businesses started suffering after streaming blew up.

One voter even told the publication that unless ROMA gets "real theatrical commitment, not a trivial one," they're not going to support it. "There are the hardliners who will never accept anything other than a traditional theatrical window," another voter said. Indeed, Netflix has yet to win at the Academy Awards despite releasing critically acclaimed films in theaters, such as Beasts of No Nation and Mudbound. The latter earned four nominations, at least, but still wasn't considered for Best Picture.

If this new strategy works, then we might see Netflix films debut on the big screen ahead of their online release every awards season. You may want to start sharpening your spoiler-evading skills.

In this article: birdbox, entertainment, internet, movies, netflix, roma
All products recommended by Engadget are selected by our editorial team, independent of our parent company. Some of our stories include affiliate links. If you buy something through one of these links, we may earn an affiliate commission.