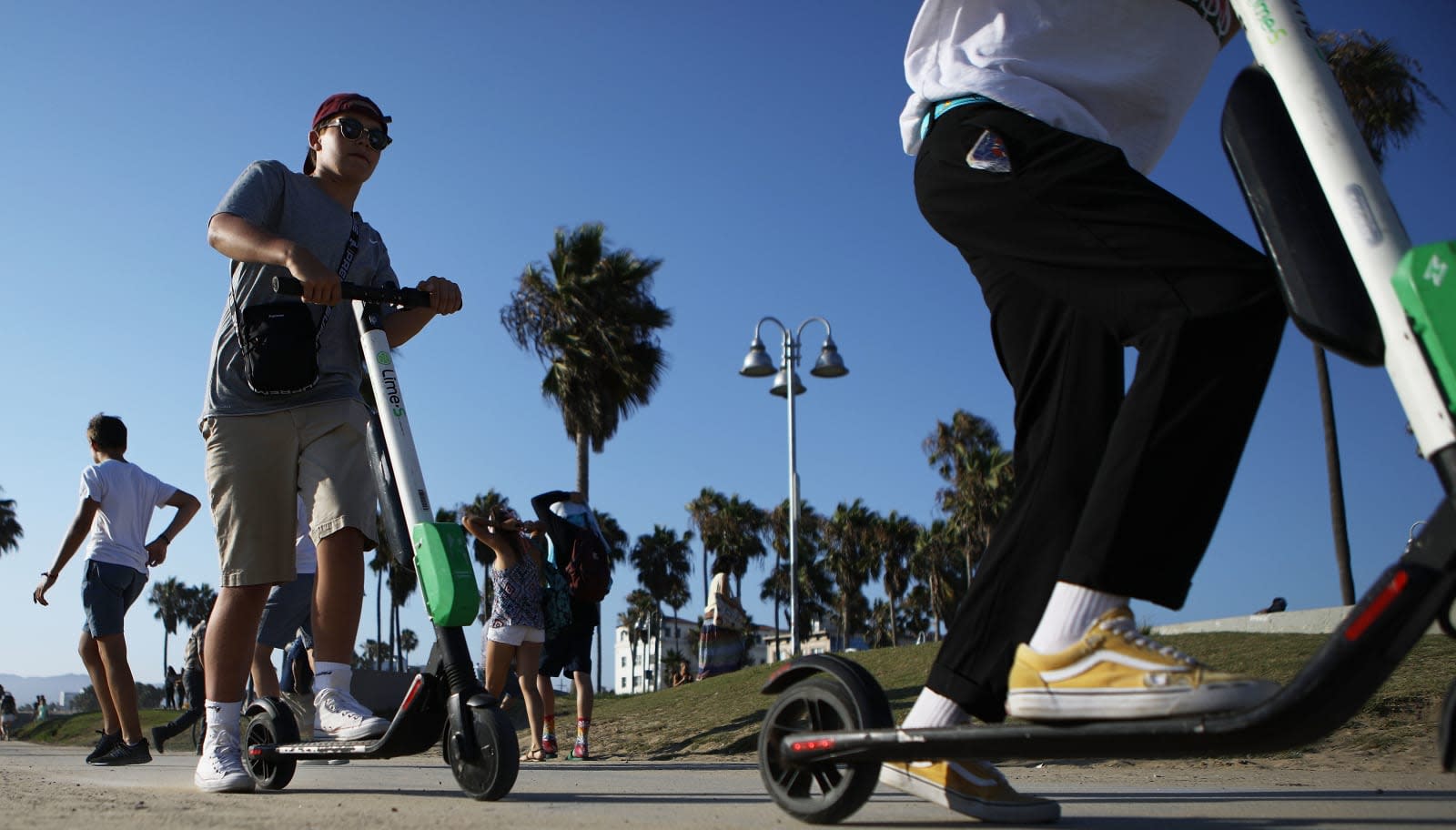 With electric scooters popping up in cities around the globe, people are wondering -- for many reasons -- if they're actually safe. Earlier this week Lime announced it had recalled Segway Ninebot scooters it operates, and restricted charging to only its own facilities because of a "potential issue" in "early versions of the scooter that could cause a fire risk.

The only problem is that Segway released its own statement on Friday, suggesting that failure to properly monitor scooters for damage and properly maintain them could be the issue. Segway VP of global business development Tony Ho told the Washington Post that "We actually went to all of our shared scooter partners, and so far we've found that only the Lime operation has had fire incidents."

In a statement (PDF), said that 80 percent of "shared scooters" in use came from one of its three Ninebot factories and suggested its own explanation for the discrepancy: " Considering the fact that the management and maintenance of shared scooters and the identification of damaged vehicles highly rely on the operators, we strongly recommend that operators strengthen their capability of fleet operation and maintenance to avoid potential safety problems caused by the improper use of damaged vehicles." Now the companies have said they're working "closely" to answer questions about any malfunctioning batteries.

In this article: ElectricScooter, gear, Lime, Ninebot, ninebotsegway, scootersharing, Segway, sharedscooter, transportation
All products recommended by Engadget are selected by our editorial team, independent of our parent company. Some of our stories include affiliate links. If you buy something through one of these links, we may earn an affiliate commission.