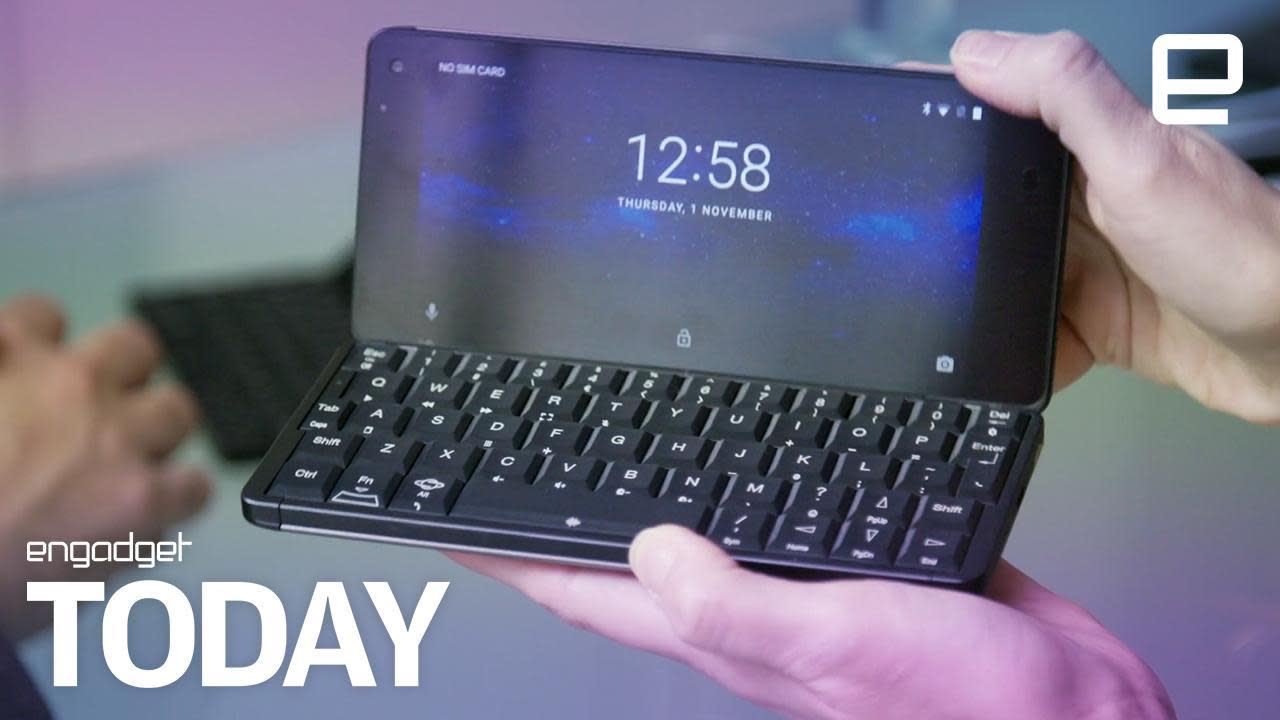 Planet Computers' Gemini could serve as a phone if you really wanted, but it was ultimately a PDA first and foremost. It's keenly aware of that limitation, however -- the company has launched a crowdfunding project for the Cosmo Communicator, another clamshell QWERTY keyboard device that's intended to serve as a phone, not just a pocketable productivity machine. You'll still find a 6-inch display and camera on the inside, but the outside now includes a 2-inch screen, a 24-megapixel camera and a two-orientation microphone and speaker combo. You can take a call without answering blindly, and snap photos beyond selfies. It's closer to a hybrid phone like Nokia's E90 Communicator than PDAs like Psion's lineup.

There are some under-the-hood upgrades, too. Cosmo will use the recently-announced MediaTek P70 8-core processor with 6GB of RAM and 128GB of expandable storage, plus the familiar 4,220mAh battery. It'll run Android 9.0 Pie out of the box, but will continue to support other Linux-based platforms like Sailfish and Debian.

If you're interested, you'll be glad to hear that Planet Computers has already met its funding target. If all goes well, you'll have a Cosmo in your hands by May 2019 if you pledge at least $549 ($799 at normal prices). This is still a niche device for people who like the idea of a mini laptop in their pocket, or at least those who have fond memories of mobile computing circa the mid-2000s. With that said, the additions make Cosmo a safer bet if you're looking for a do-it-all gadget.

In this article: android, AOLoriginals, communicator, cosmo, cosmocommunicator, crowdfunding, DailyShow, engadget, EngadgetToday, engadgetvideo, entertainment, gear, indiegogo, mobile, planetcomputers, smartphone
All products recommended by Engadget are selected by our editorial team, independent of our parent company. Some of our stories include affiliate links. If you buy something through one of these links, we may earn an affiliate commission.