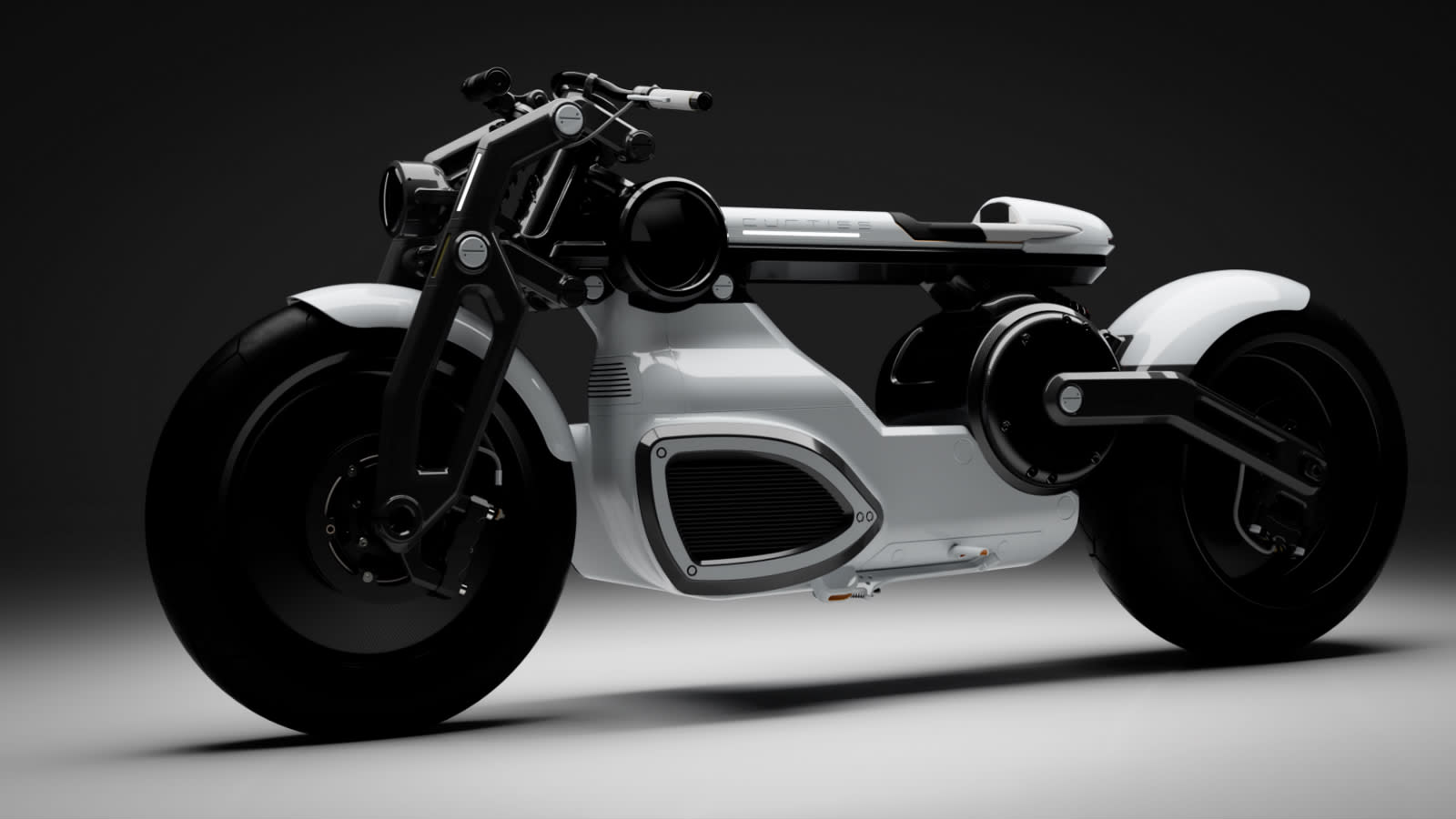 Motorcycle-maker Curtiss is finally moving beyond its electric concepts to an EV two-wheeler that may actually make it to the public. It just unveiled two new models of its Zeus prototype -- dubbed Cafe and Bobber -- that are slated for production in 2020. In case you need a refresher, the dual-motor Zeus was unveiled in May with a 14.4Kw battery pack and a design that looked unlike anything that preceded it. Fast forward six months and Curtiss is already over its concept, describing it as "obsolete" and "as graceful as a cinder block." Instead, the two new variants pack an "evolved" design and upgraded tech that combine to deliver a potential range of 280 miles (450km), 145 foot-pounds of torque, and a 0 to 60 time of 2.1 seconds, all through a 140Kw motor.

It would all make for the fastest production motorcycle in the world, according to The Drive. Though the publication also notes that the images revealed today still look like concepts, pointing to the "unrealistic" unpadded seats and the lack of mirrors and a license plate frame. So you can expect some cosmetic changes, at the least, before its official release.

"With our new Advanced Technology division, we are developing new battery, motor, and control system technologies that enable us to deliver on our clean, modern aesthetic vision," said Curtiss' design director, Jordan Cornille.

The company also recently unveiled an electric flagship in the guise of Hera (the wife of Zeus in Greek mythology). As with that model, Curtiss says the Zeus Bobber and Cafe variants will take on Harley Davidson's upcoming, all-electric titan, the "LiveWire".