Moving on from failure and exploding milk jugs.

It looked and worked like a Ferris wheel and it seemed like a good idea. Packages would sit in the basket and rotate for easy access when about to be delivered. Then a gallon of milk got caught in a crossbeam and it exploded all over the back of the van. That system was scrapped.

A system that weighed packages also didn't really pan out. Turns out, things (such as Diet Coke and regular Coke) weigh the same. Both of these ideas are part of a series of failures that didn't plague the Mercedes Cargo Recognition and Organization System (CoROS) team. Instead, the researchers moved forward using data from their experiments and information from the folks who actually have to deliver boxes. 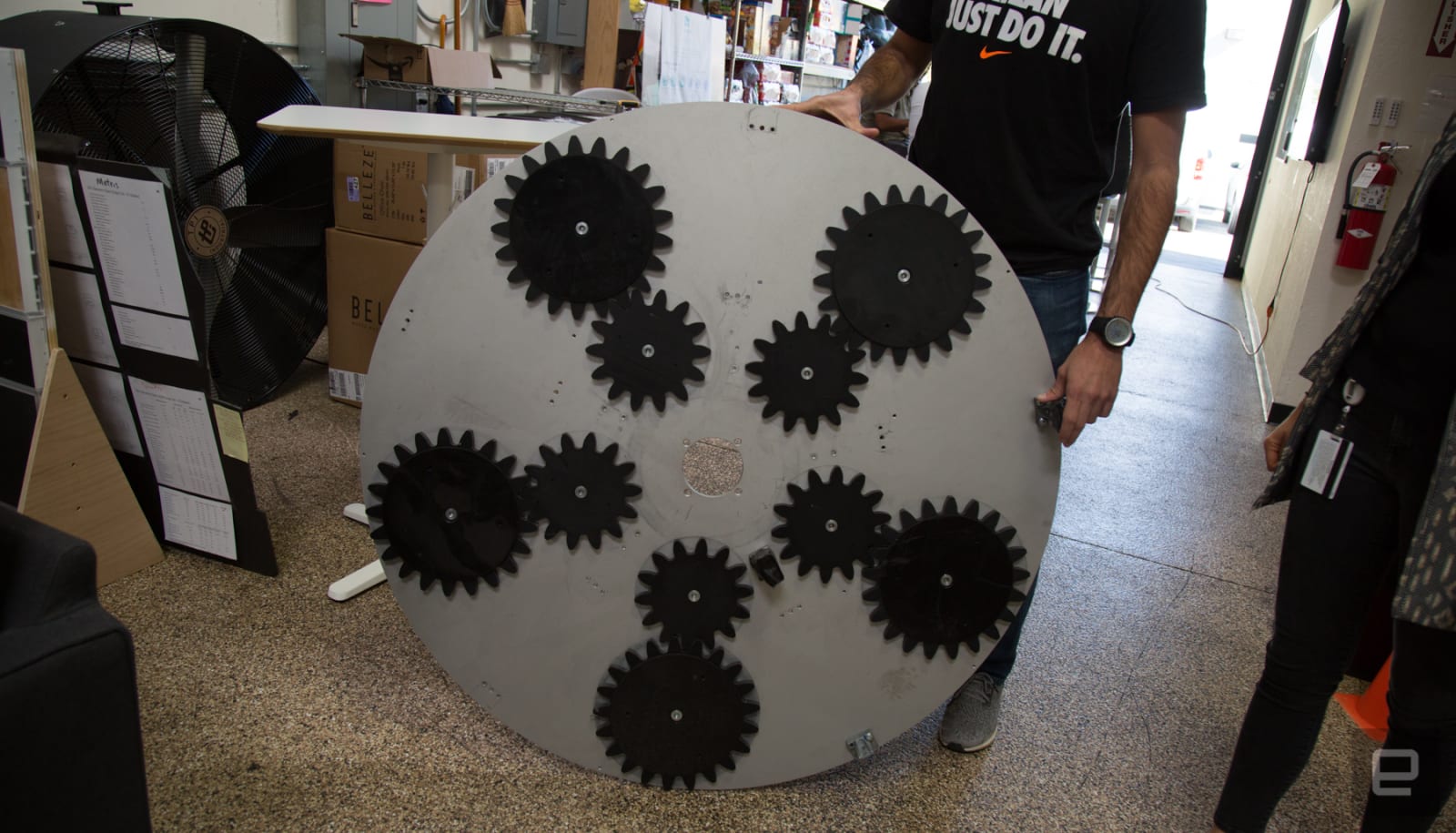 The latest plan throws out the idea to redesign the inside of a delivery van with spinning wheels and sensor-filled shelves and instead relies on cameras and AI.

As a box is placed in the van, cameras on the ceiling scan the barcodes, then CoROS determines the optimal shelf segment to place the package and the driver is directed to that area by blue LEDs.

So without whipping out a scanner gun or even breaking their stride, the delivery driver has logged a package onto their truck and figured out the best location to store it until it's time to deliver it. At that point, the shelf with the package will once again light up so the delivery driver doesn't have to remember where they put it. 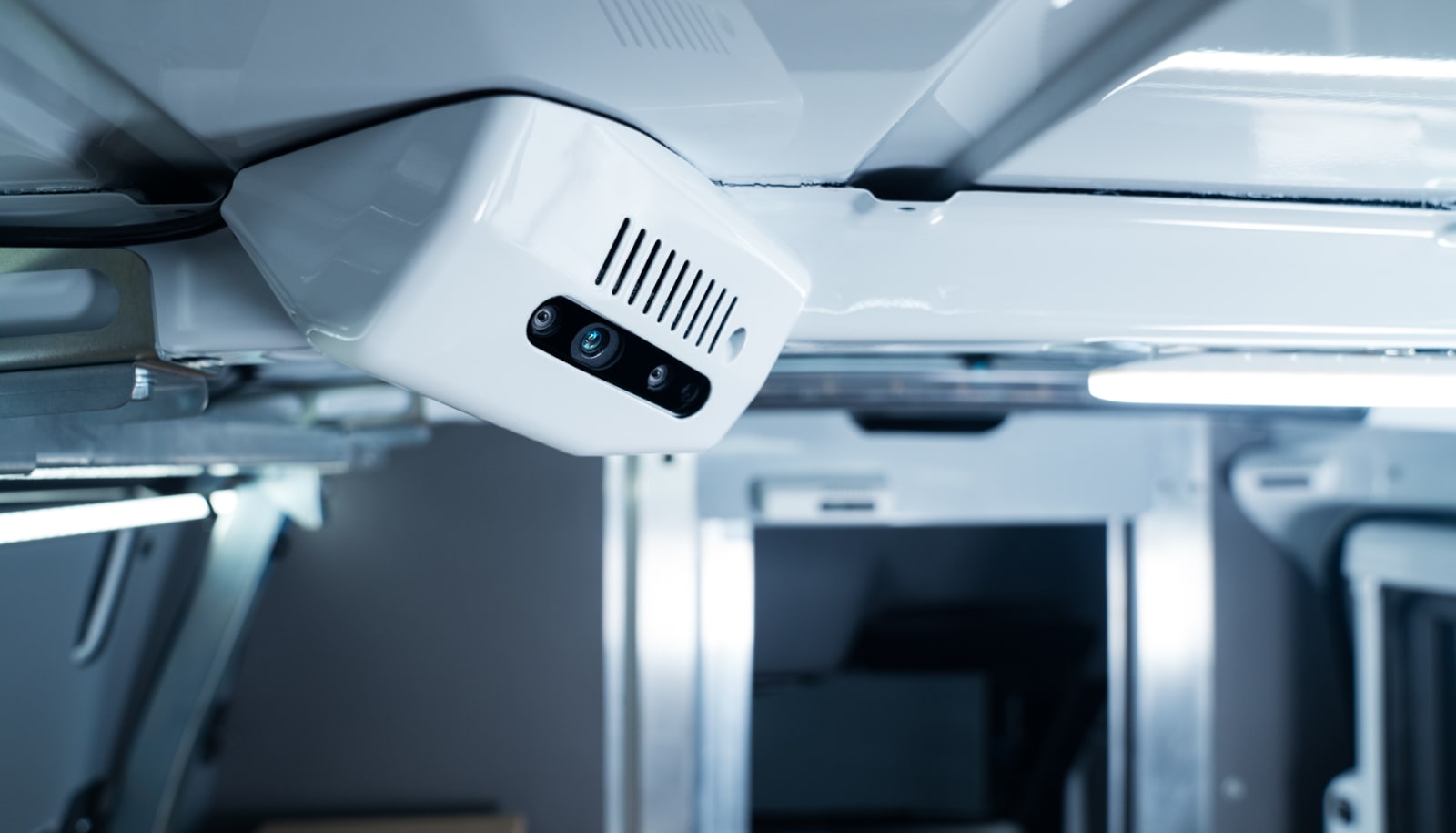 Once the item is scanned onto the truck it's also tracked by the array of cameras utilizing infrared sensors for low-light situations. The system creates a 3D version of the van to help it find moved items. If the van makes a quick stop and the box moves (as they tend to do), CoROS updates the location. As the tracked item leaves the vehicle, it's scanned once again and that information is shared with the entire shipping system.

If a driver tries to put a box in a van that's not supposed to be there, an alarm sounds and the back of the vehicle glows red. Possibly a bit of overkill for a deterrent, but if you've ever had to wait an extra day for an item because it was put on the wrong truck, you'll appreciate the lengths the CoROS team has gone to make sure that won't happen.

Using a combination of computer vision and AI, Mercedes believes it can help reduce the time needed to load packages onto vehicles and make sure said boxes are in the optimal spot for an AI-created delivery route. More importantly to delivery companies, the system is cost effective. 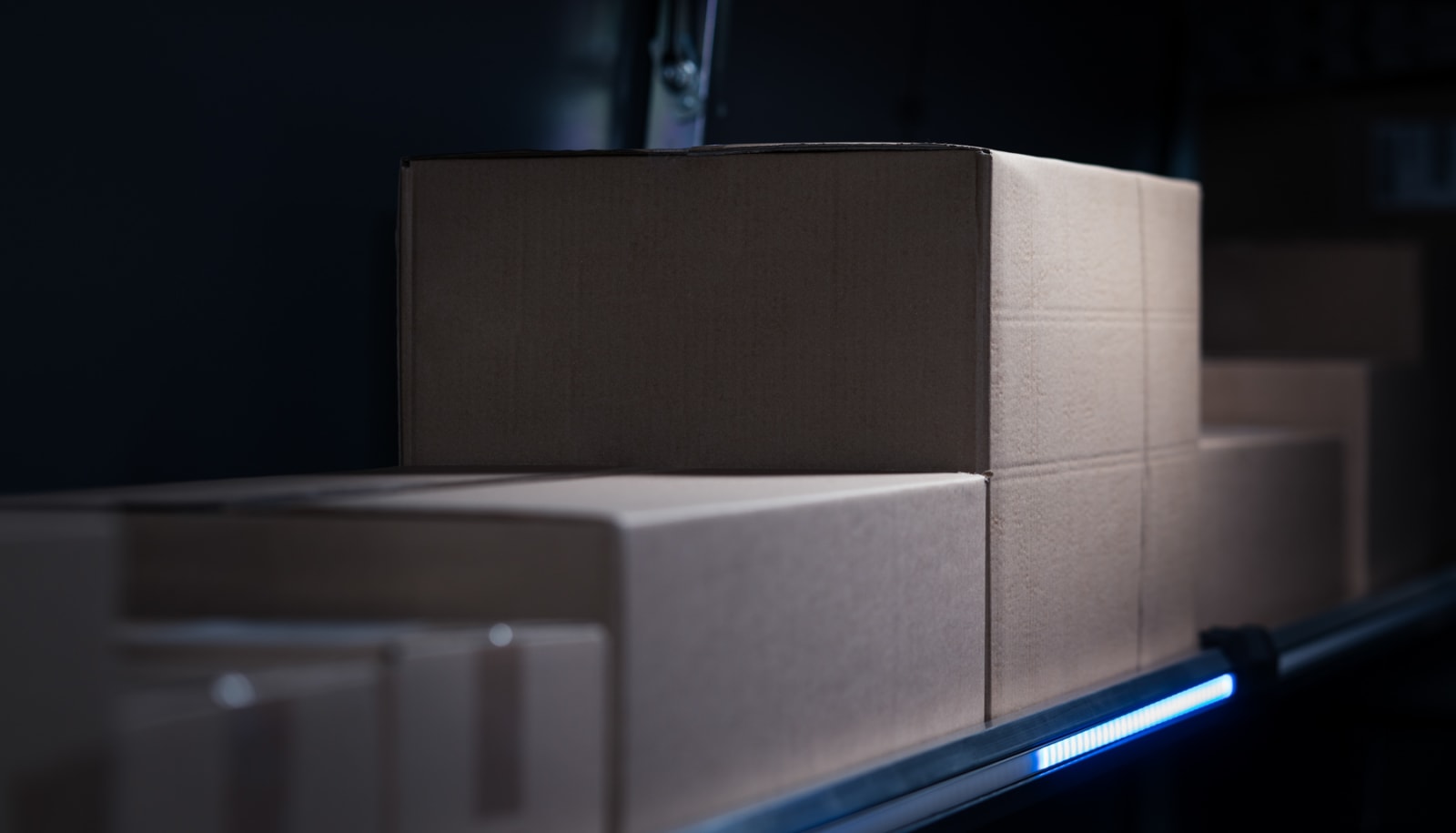 All the hardware is off the shelf and it's the onboard computer and its communication with the backend that does all the hard work. Mercedes says that it has an API that would help a delivery company plug into its system. The team sees this as a solution not so much for FedEx and UPS, but for smaller delivery companies, typically the ones hired by companies like Amazon to deliver our goods.

As we purchase many of our items from online retailers, the number of deliveries being sent to our homes has skyrocketed. The result is more delivery vehicles on the road. Being able to optimize the time those trucks and vans means they can either deliver more during a day's run or at least spend less time on the road. That's good news for companies, traffic and environment. Less time on the road means fewer pollutants spewed into the sky. 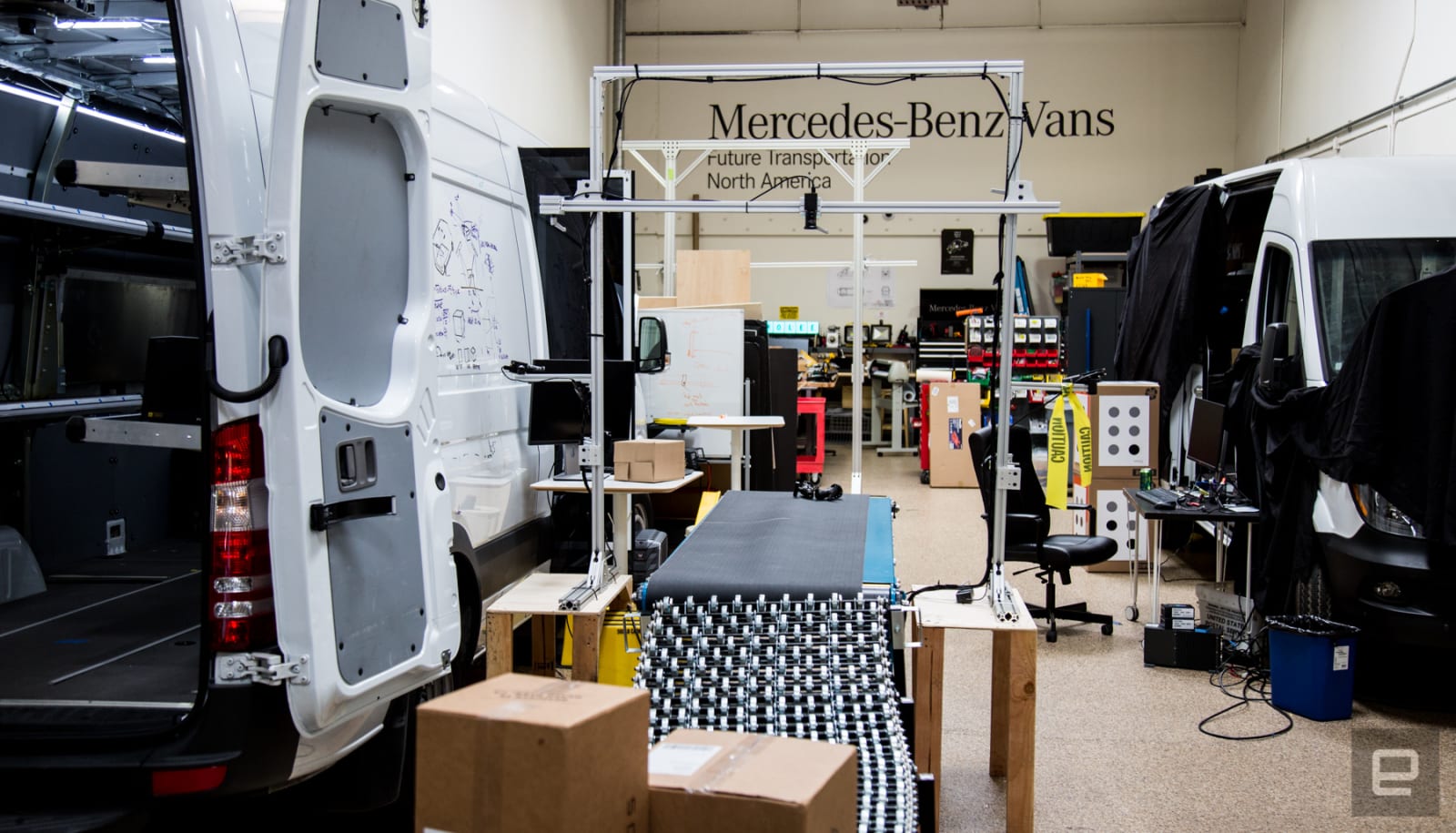 Mercedes says that this system is out in the wild right now. It has teamed up with an unnamed courier and will be scaling that field test up early next year. The CoROS team will then take the information they learn from that to make changes to the system before a commercial launch. It's gotta be better than the Ferris wheel idea. It's not like cameras can blow up a gallon of milk.

All products recommended by Engadget are selected by our editorial team, independent of our parent company. Some of our stories include affiliate links. If you buy something through one of these links, we may earn an affiliate commission. All prices are correct at the time of publishing.
Mercedes’ AI research could mean faster package delivery
AI
business
CargoRecognitionandOrganizationSystem
computervision
CoROS
delivery
gear
mercedes
services
transportation