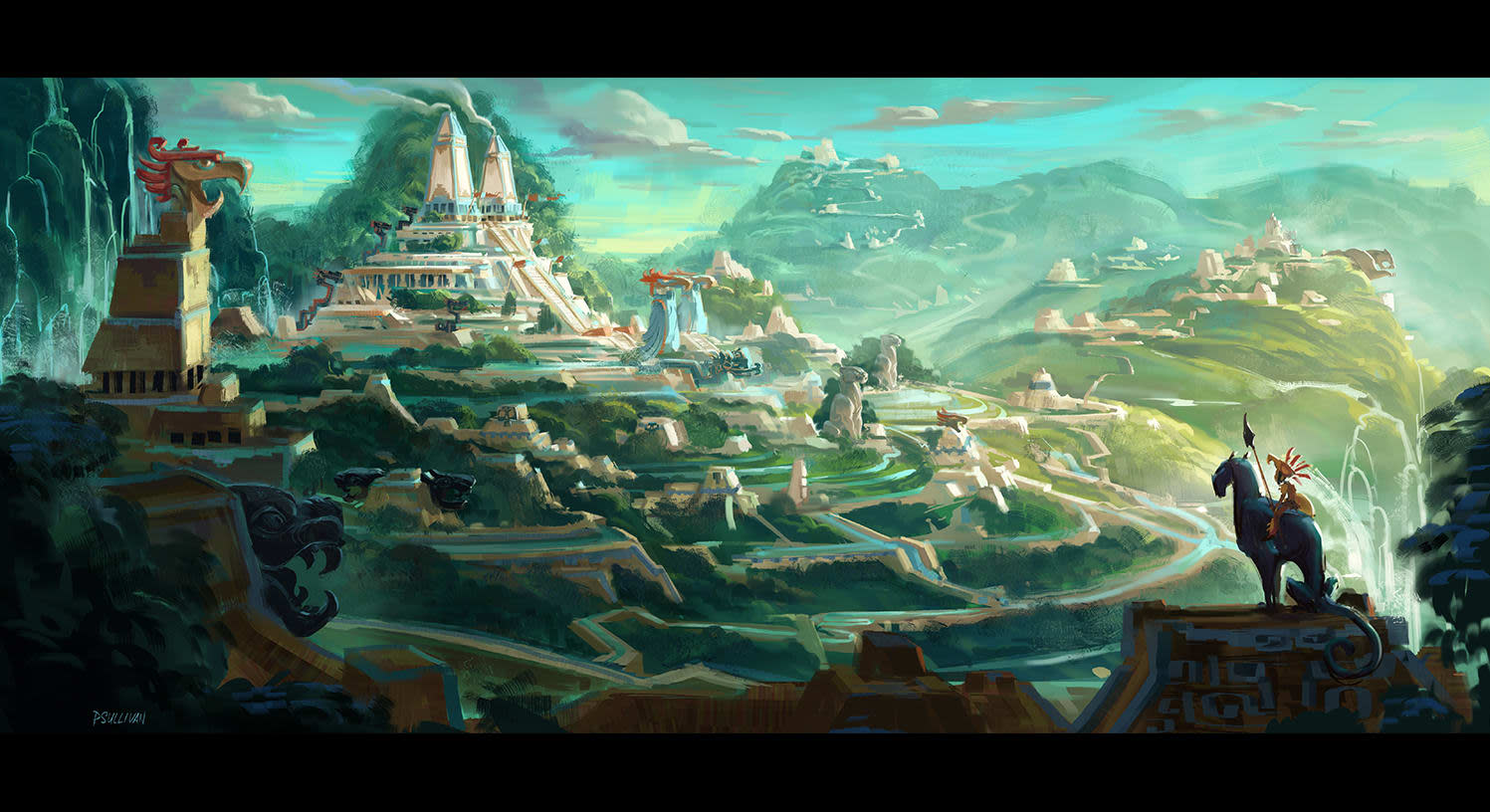 As Disney gears up for its own streaming service, Netflix is adding to its slate of family content, and it just revealed six new animated projects that are in the works. As Variety reports, the latest animated additions include two films and four series, a few of which have some big names attached.

The newly announced films include My Father's Dragon, which tells the story of a young runaway who goes off in search of a captive dragon, and The Willoughbys, an adaptation of a Lois Lowry novel about four children abandoned by their parents. My Father's Dragon comes from Oscar-nominated director Nora Twomey (The Secret of Kells, The Breadwinner) and is written by Oscar-nominated Inside Out writer Meg LeFauve. The Willoughbys, already in production, counts Ricky Gervais, Maya Rudolph, Will Forte, Martin Short, Alessia Cara and Jane Krakowski among its cast.

Netflix has also greenlit a limited series called Maya and the Three from Jorge Gutierrez (The Book of Life) who will direct some of the series' nine episodes and co-write the others. He told Variety that he wants the show to be like a "Mexican Lord of the Rings, but hilarious." The series will feature a female hero, half human and half divine, and will be set in a mythical Mesoamerican-inspired world. Additionally, Netflix has backed Kid Cosmic, a series from Powerpuff Girls creator Craig McCracken about a boy who dreams of becoming a hero but struggles with his powers once he's actually transformed into one.

The two other series, Trash Truck and Go! Go! Cory Carson, are geared towards preschool-aged kids. The six projects have release dates between 2019 and 2021.

In this article: animation, av, entertainment, film, netflix, series, TV
All products recommended by Engadget are selected by our editorial team, independent of our parent company. Some of our stories include affiliate links. If you buy something through one of these links, we may earn an affiliate commission.