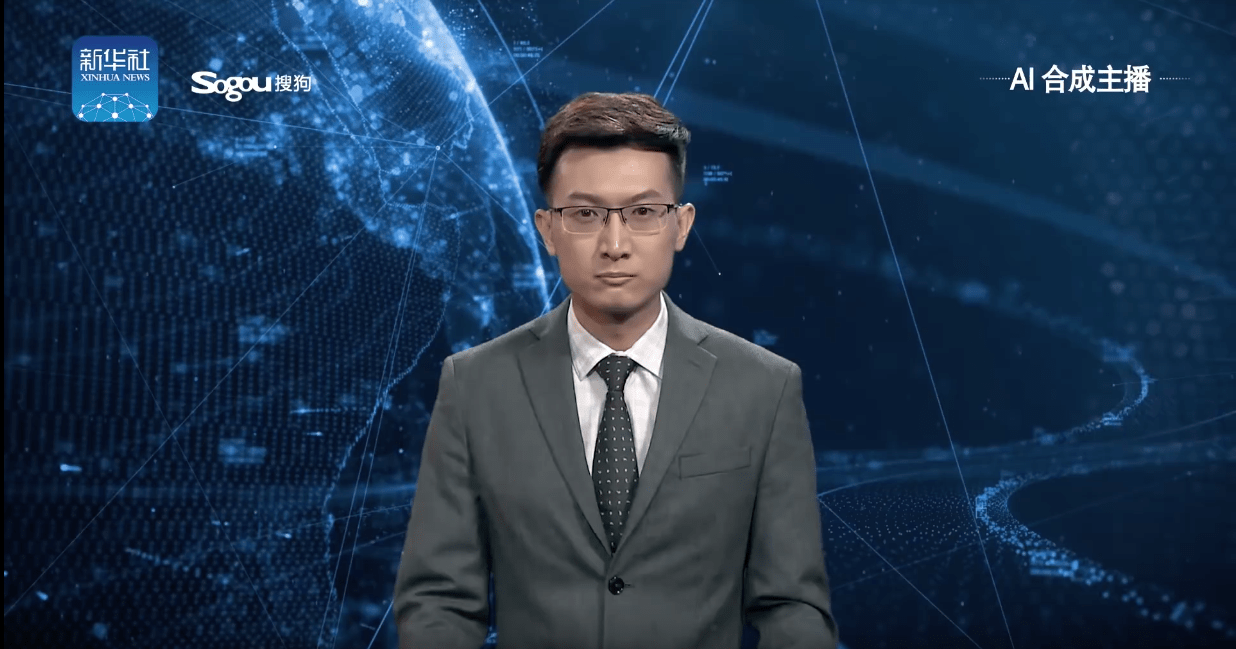 China's state-run news agency Xinhua has unveiled the latest additions to its team of reporters -- two AI anchors. The two anchors, one that speaks in English and another in Chinese, have the likeness of some of Xinhua's human anchors, but their voices, facial expressions and mouth movements are synthesized and animated using deep learning techniques. "AI anchors have officially become members of the Xinhua News Agency reporting team," the agency said. "They will work with other anchors to bring you authoritative, timely and accurate news information in both Chinese and English."

China's South China Morning Post reports that the AI anchors are available through Xinhua's English and Chinese apps, its TV webpage and its WeChat public account. The technology behind the anchors is being provided by search engine company Sogou.

Xinhua says its AI anchors can deliver the news with the "same effect" as that of human reporters. But if you watch the video, that isn't exactly true. It's pretty clear you're watching a non-human anchor as the mouth movements and facial expressions aren't quite human-like, and the voice can come off as a little robotic. But as recent research has shown, manipulating video to make images say what you want while still looking shockingly natural, is within reach. And maybe future AI anchors, if there are more, won't be stuck in the uncanny valley.

Unlike human anchors, Xinhua's AI anchors can work around the clock, and the news agency says they, therefore, allow for improved production efficiency and reduced costs.

In this article: ai, anchor, av, china, deeplearning, entertainment, gear, news, video, Xinhua
All products recommended by Engadget are selected by our editorial team, independent of our parent company. Some of our stories include affiliate links. If you buy something through one of these links, we may earn an affiliate commission.