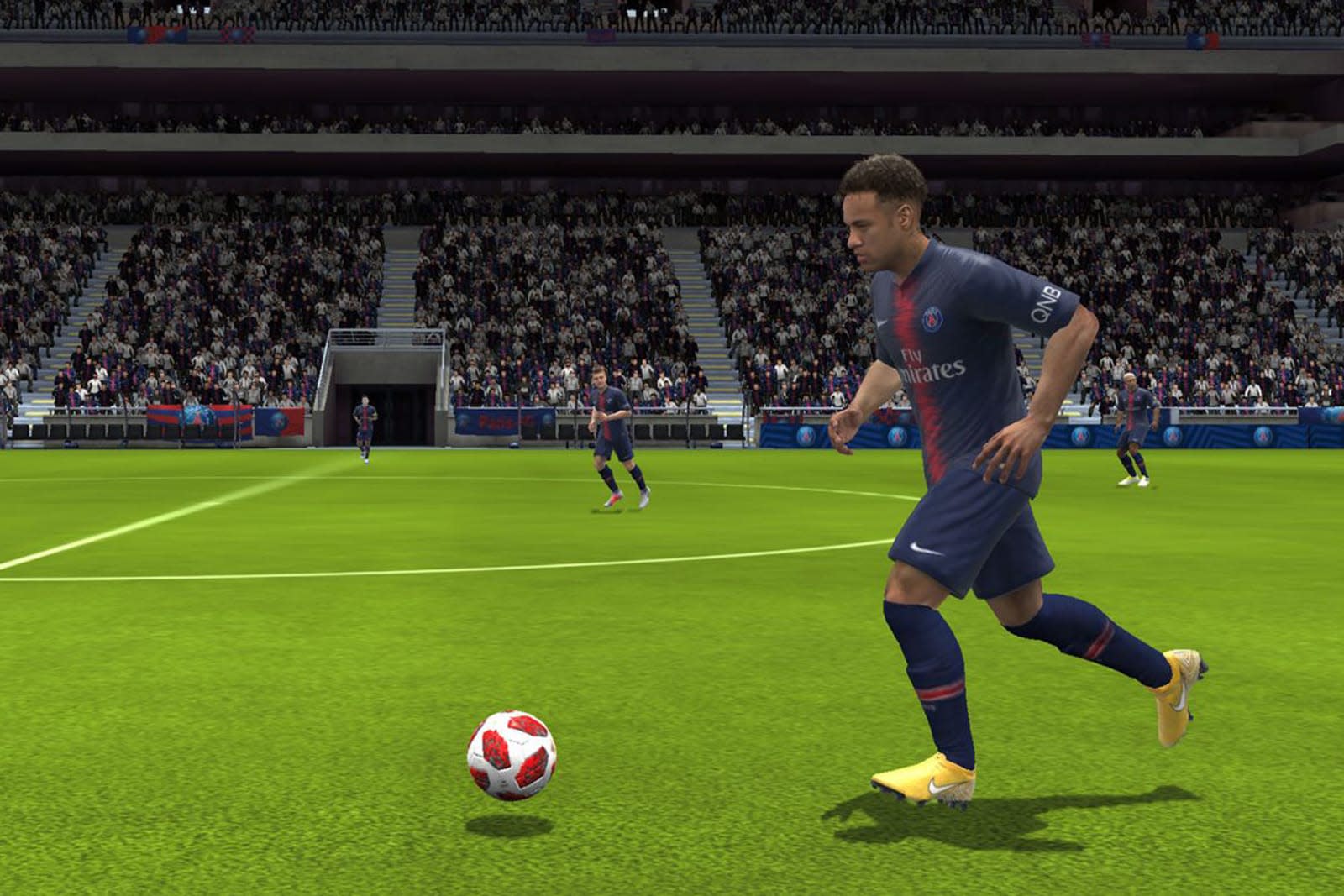 FIFA Mobile has usually played second fiddle to its 'full-size' counterparts. That gap just closed a bit, however. EA has updated FIFA Mobile on Android and iOS for the new season, and it includes some much-needed improvements. There's a full gameplay engine revamp that promises more fluid animation as well as smarter, more realistic AI. You can also expect more authentic-looking star players (like Neymar above) and reworked menus. And yes, there are some significant gameplay changes.

You now have real-time Head to Head multiplayer, for instance, although you may square off against an AI early on to improve your skills. Offline, there's a new Team Chemistry system that boosts your starting lineup when you include players from the same real-world team, league or country. Pick a few players from Paris Saint-Germain and they may play more effectively than if you simply cherry-picked famous names from around the world.

Just make sure you have a reasonably powerful device. The base game doesn't ask for much (2012-era hardware can work), but the Head to Head mode typically demands a phone or tablet that would have been flagship-level in 2014 or later. Certain older or lower-end Snapdragon-based devices are right out, EA said. You should be alright if you're using a reasonably quick and modern phone, but you might otherwise have to settle for playing against AI opponents.

In this article: android, ea, fifamobile, football, games, gaming, ios, ipad, iphone, mobile, soccer, video, videogames
All products recommended by Engadget are selected by our editorial team, independent of our parent company. Some of our stories include affiliate links. If you buy something through one of these links, we may earn an affiliate commission.