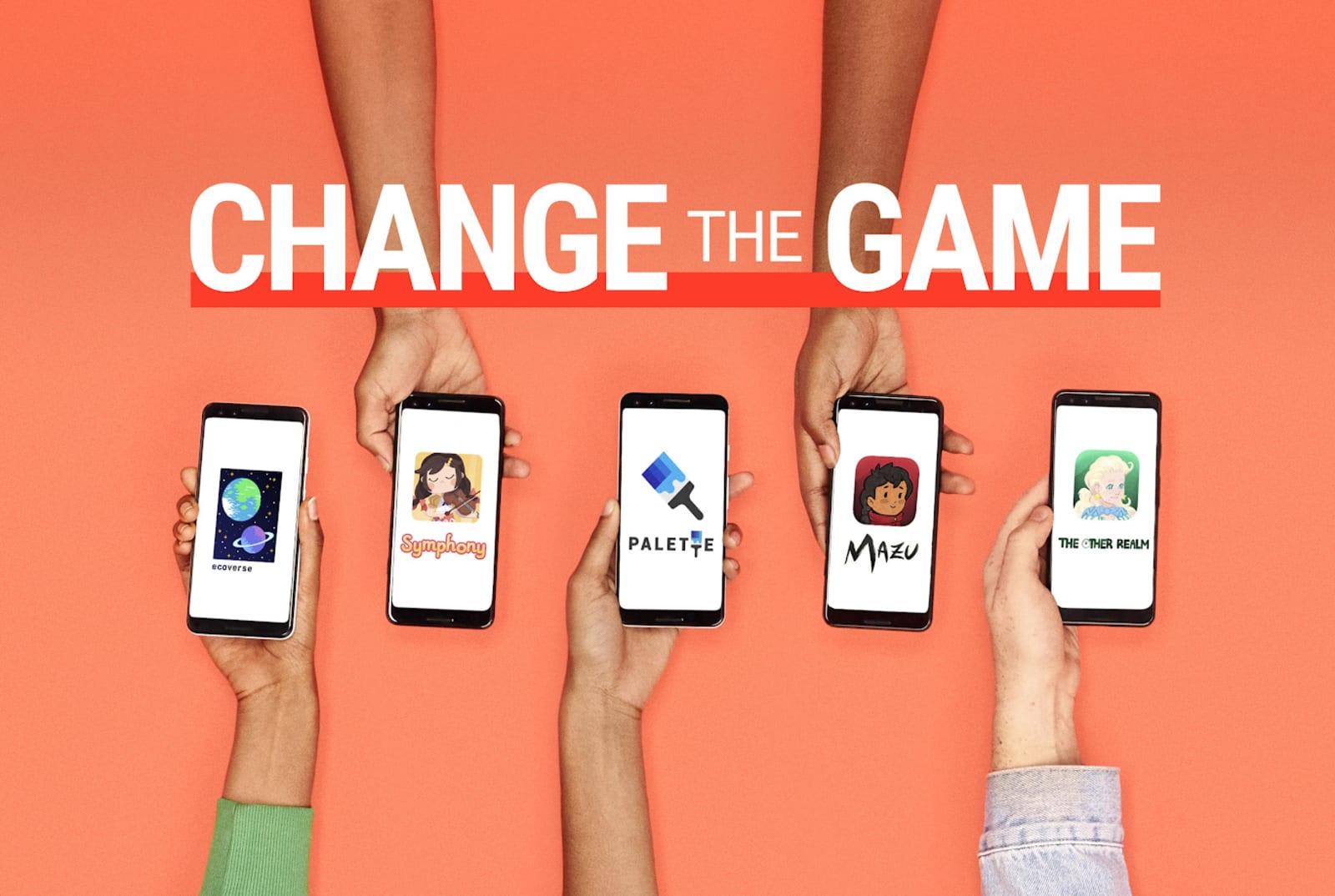 Google challenged teenage girls to create games of their own after seeing that only 23 percent of game developers for the Play Store identify as women. That, despite the fact that women make up 49 percent of users who play games from Google's app store. Now, the tech giant has released the creations of the five Change the Game Design Challenge's finalists on Google Play, starting with the Grand Prize Winner's masterpiece Mazu. It's a side-scroller featuring a shapeshifter and her journey through a dangerous forest. Christine, the game's creator, said she noticed a clear distinction between games made for boys and ones made for girls, so she created something everyone can enjoy. "I don't want to repeat this cycle of gender-based pandering in the future," she explained.

The second game, EcoVerse, tasks you with cleaning planets and populating them with plant and animal life as part of the Galactic Restoration Team. Next is The Other Realm, where you have to solve puzzles to restore the memories of a girl who woke up without hers. Symphony is a platform rhythm game about a young musician who's on a quest to retrieve her grandfather's lost music sheets. Finally, Palette lets you invoke famous paintings if you find the right color by mixing several from a palette. All of these games are now available in their early access phase and will be fully available in December.

In this article: gaming, google, googleplay, mobile
All products recommended by Engadget are selected by our editorial team, independent of our parent company. Some of our stories include affiliate links. If you buy something through one of these links, we may earn an affiliate commission.