Residents of Paris and its suburbs may soon have access to up to 20,000 electric bicycles. Public transit company Ile-de-France Mobilités (IDFM) is launching an e-bike renting scheme called Véligo with 10,000 e-bikes to start with. If that works out, IDFM will expand to 20,000, which would make it the world's largest electric bike rental system.

The aim is to reduce car use and, by extension, pollution in the French capital. Véligo will compliment Paris' Vélib' bike-sharing program, but unlike Vélib's hourly rentals and docking system, Véligo bikes will be rented for €40 per month and can be kept by users at home. As with metro passes in in the Paris region, employers can cover half the costs, leaving users with just a €20 monthly bill.

The e-bikes look a lot like the regular Vélib bicycles, but can run about 9 km (6 miles) on a charge, even with hills, depending on how much you peddle. The six year program will have a budget of up to €111 million, depending on the number of bicycles, and will be run by a consortium that includes France's postal group, La Poste. 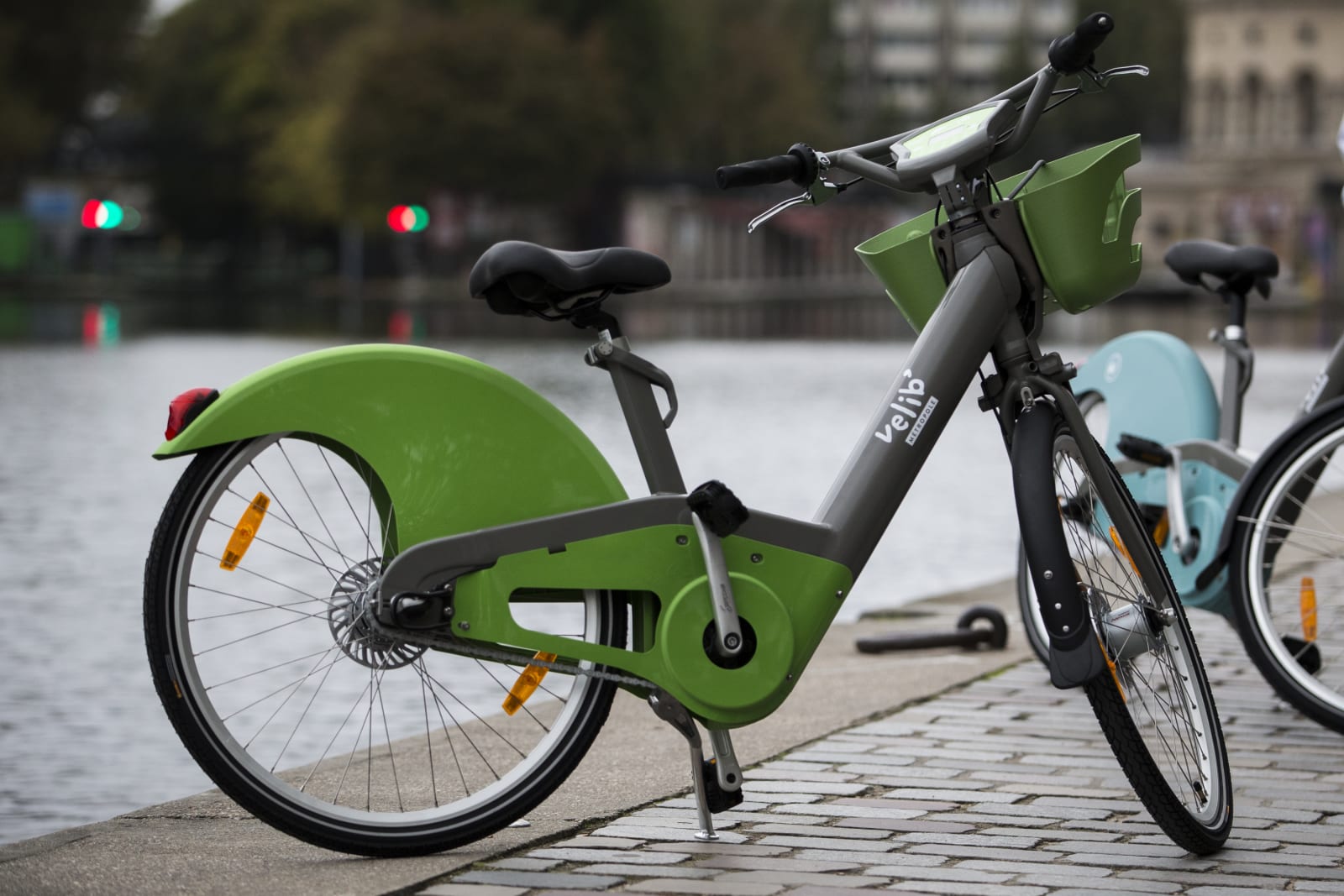 Vélib' users loved the bulky, old-school bikes and the program -- originally financed by an advertising company in exchange for Paris billboard space -- has been a model for cities worldwide. However, it recently changed operators and the new scheme has been riddled with problems and abandoned by Parisians.

Given that, it might seem folly to launch a new system with costlier electric bikes, but there seems to be a demand for it. Electric scooter company Lime recently launched in Paris, and despite high rental rates, you can't walk around now without tripping over one. Véligo is less costly, depending on use, and the bikes are better suited for Paris' wonky cobblestoned streets. Other programs run in Strasbourg and Grenoble have been successful.

"Electric bikes have huge potential," said IDFM head Valérie Pécresse. "It will help 200,000 Parisians discover the e-bike and perhaps inspire them to purchase one of their own." The program is scheduled to launch in September 2019 starting with 10,000 bikes.