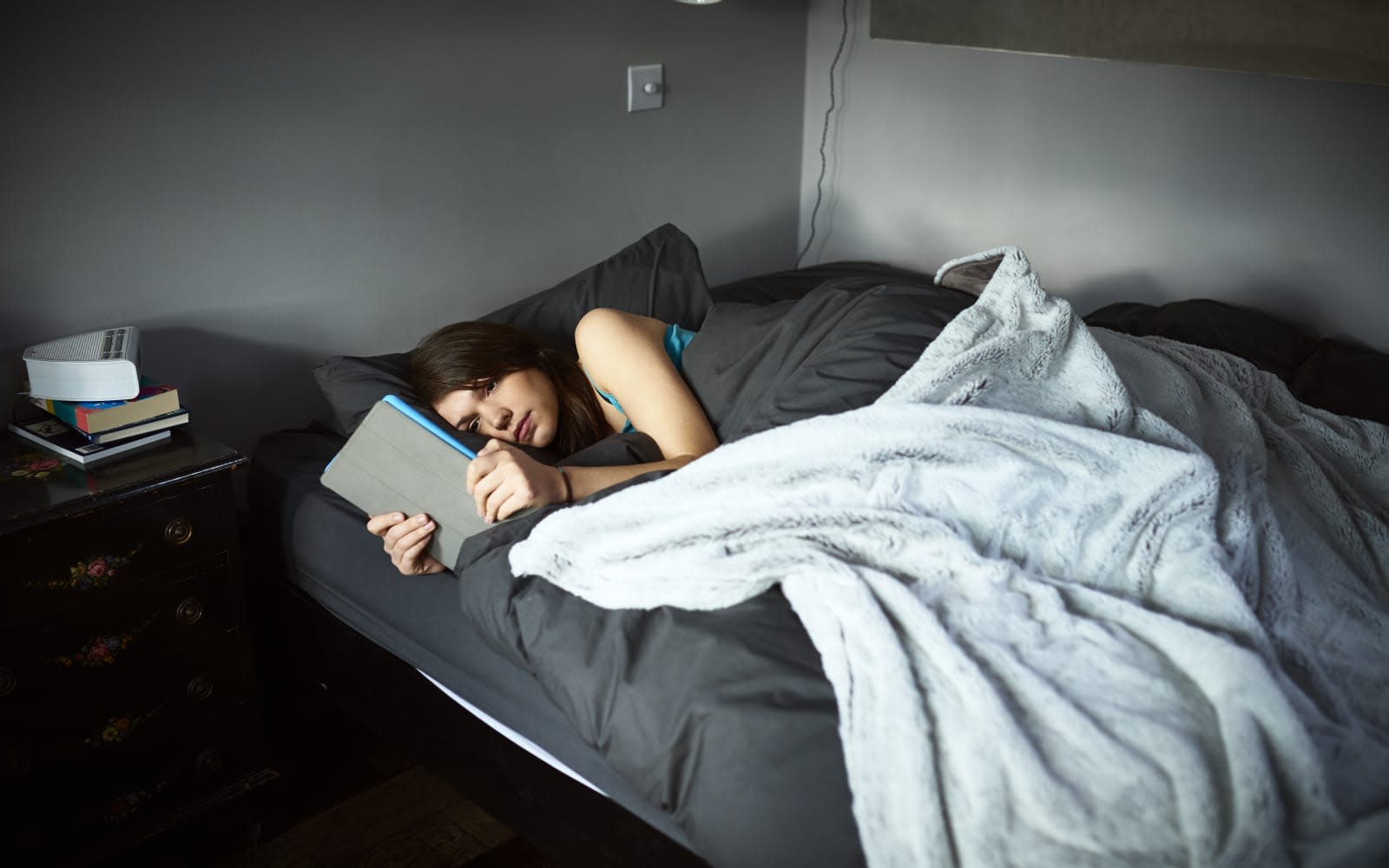 Humans have a complex relationship with social media platforms. They could be a way to reconnect with old friends and to grow closer to current ones, but they could trigger feelings of loneliness. Now, researchers from the University of Pennsylvania say they've confirmed the "causal link between time spent on [Facebook, Instagram and Snapchat] and decreased well-being." There have been many surveys and studies examining the effects of social media on users' mental health over the years, but according to the researchers, "a causal connection had never been proven" before.

The team enlisted the help of 143 undergraduate students who completed a survey regarding their mental well-being and who had to submit screenshots of their iPhones' batteries for three weeks. They were separated into two groups: a control group that maintained their current social media behavior and an experimental group that limited their time on the three social media networks to 10 minutes per platform per day. The researchers found that those who spent less time on the three platforms showed "significant reductions in loneliness."

"Here's the bottom line. Using less social media than you normally would leads to significant decreases in both depression and loneliness. These effects are particularly pronounced for folks who were more depressed when they came into the study...

Some of the existing literature on social media suggests there's an enormous amount of social comparison that happens. When you look at other people's lives, particularly on Instagram, it's easy to conclude that everyone else's life is cooler or better than yours."

That said, the study isn't perfect. The results were self-reported, and the researchers didn't exactly monitor how the subjects used their phone. Yes, they could've limited their time on Facebook, Snapchat and Instagram, but they could've used that time to go on Twitter, Tumblr or dating apps like Tinder. Maybe those other platforms made them happier.

That's why Hunt admits that she can't say for sure if the conclusion applies for all social media platforms. She also can't say if they'll come to the same conclusion for different age groups. They're hoping to conduct further studies, though, and she says it couldn't hurt to limit time on those apps anyway.

In this article: depression, facebook, gear, instagram, internet, snapchat, socialmedia
All products recommended by Engadget are selected by our editorial team, independent of our parent company. Some of our stories include affiliate links. If you buy something through one of these links, we may earn an affiliate commission.