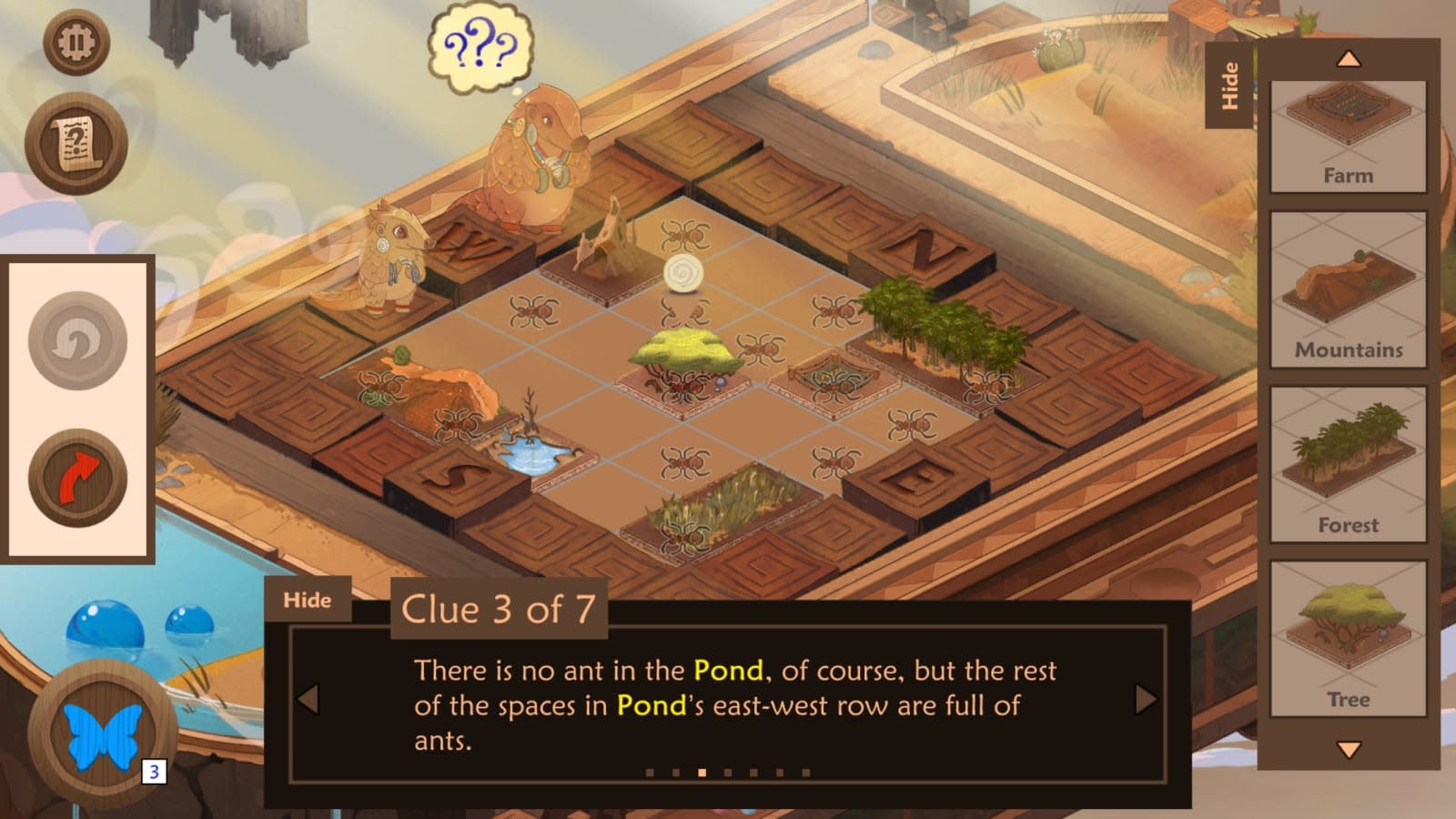 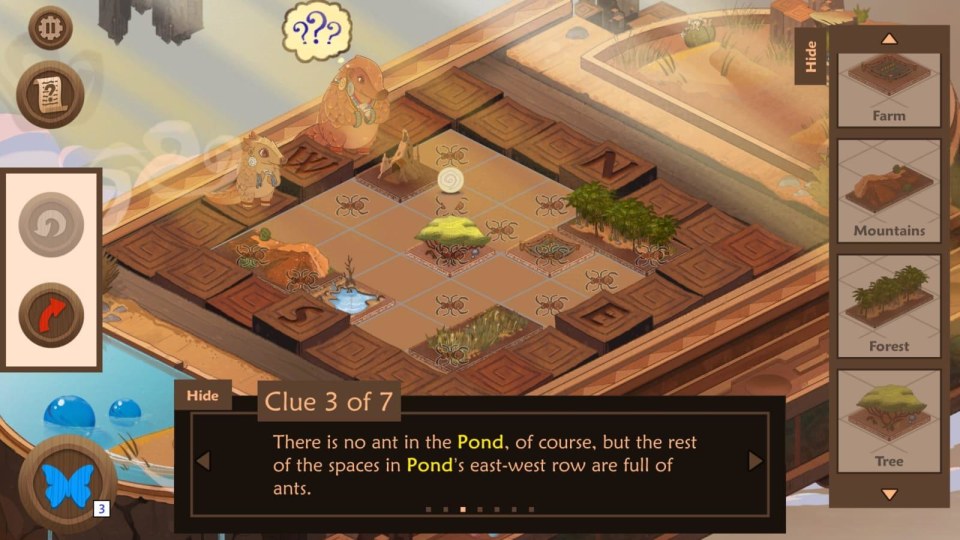 Pangolin's Puzzle is a new mobile game that offers a refreshing approach to the puzzle genre -- instead of relying solely on spatial manipulation or number-based solves, it serves up written logic problems. Players manipulate patches of the environment on a grid, building landscapes according to descriptions of how each feature relates to one another. It's tricky, thoughtful and addictive, especially when you add in the adorable main character, an anteater-like animal called a pangolin.

There's a special section in Pangolin's Puzzle that doesn't exist in most games. Tap on "Pangolin's Extras," open up the "We <3 Pangolins" tab, and the following message appears:

"We at Hero Factor Games hold a Christian worldview. We believe that ideas and choices have consequences. Each choice we make leaves an eternal impression on our hearts, minds, and souls. For us, the issue of environmental stewardship goes deeper than respecting our beautiful planet; it reflects what we believe about the God who made the heavens and earth."

Pangolin's Puzzle comes from Hero Factor Games, a studio based in Bartlesville, Oklahoma, and founded by the husband-and-wife team of Tim and Sara Kilpatrick. Their mission at Hero Factor is to build entertaining games that also spread the word of God as they see it. In the case of their latest game, that means introducing players to the pangolin, the world's most-trafficked animal, and raising money to help save the species from extinction. 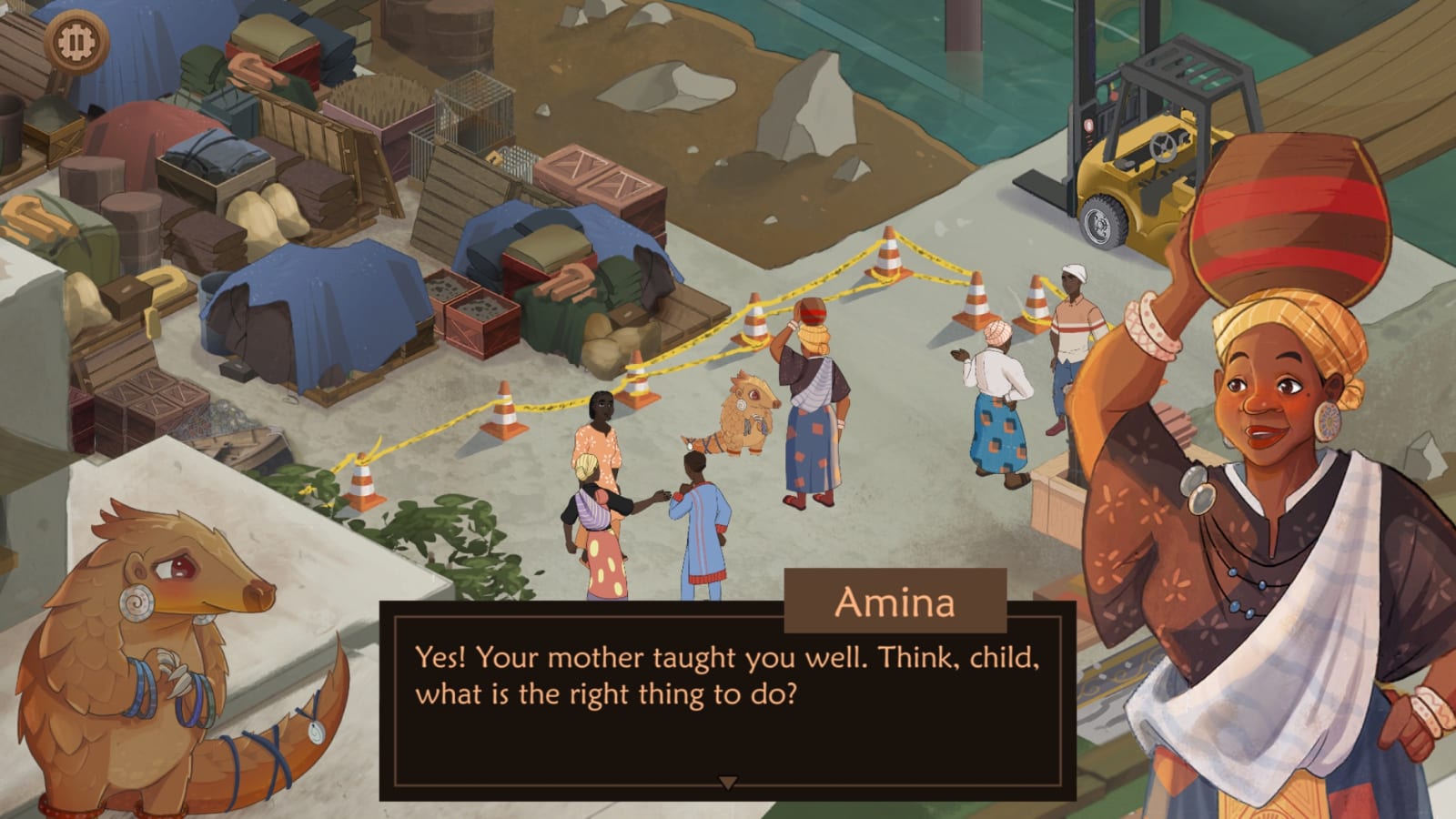 "As a Christian, God is everything," Tim Kilpatrick said. "He is in everything. He is in science. He is in the world. He is in the games that we play. He is, and my whole life is worked around bringing honor and glory to Him. But with games, it's not a Bible."

Video games are more interactive than a static, printed book, and they provide new, engaging ways for the Kilpatricks to share their religion and worldview. However, they're lifelong video game fans, and they always start by thinking about the game, rather than focusing on a message to preach and building a set of rules around that.

"What we're trying to do is, first thing, build a fun game mechanic," Kilpatrick said. "We go through and we find a game, build something fun that we want to play, and then we just look at it and say, well what's the appropriate way that the Christian worldview would make sense in this game? And we just apply it through there." 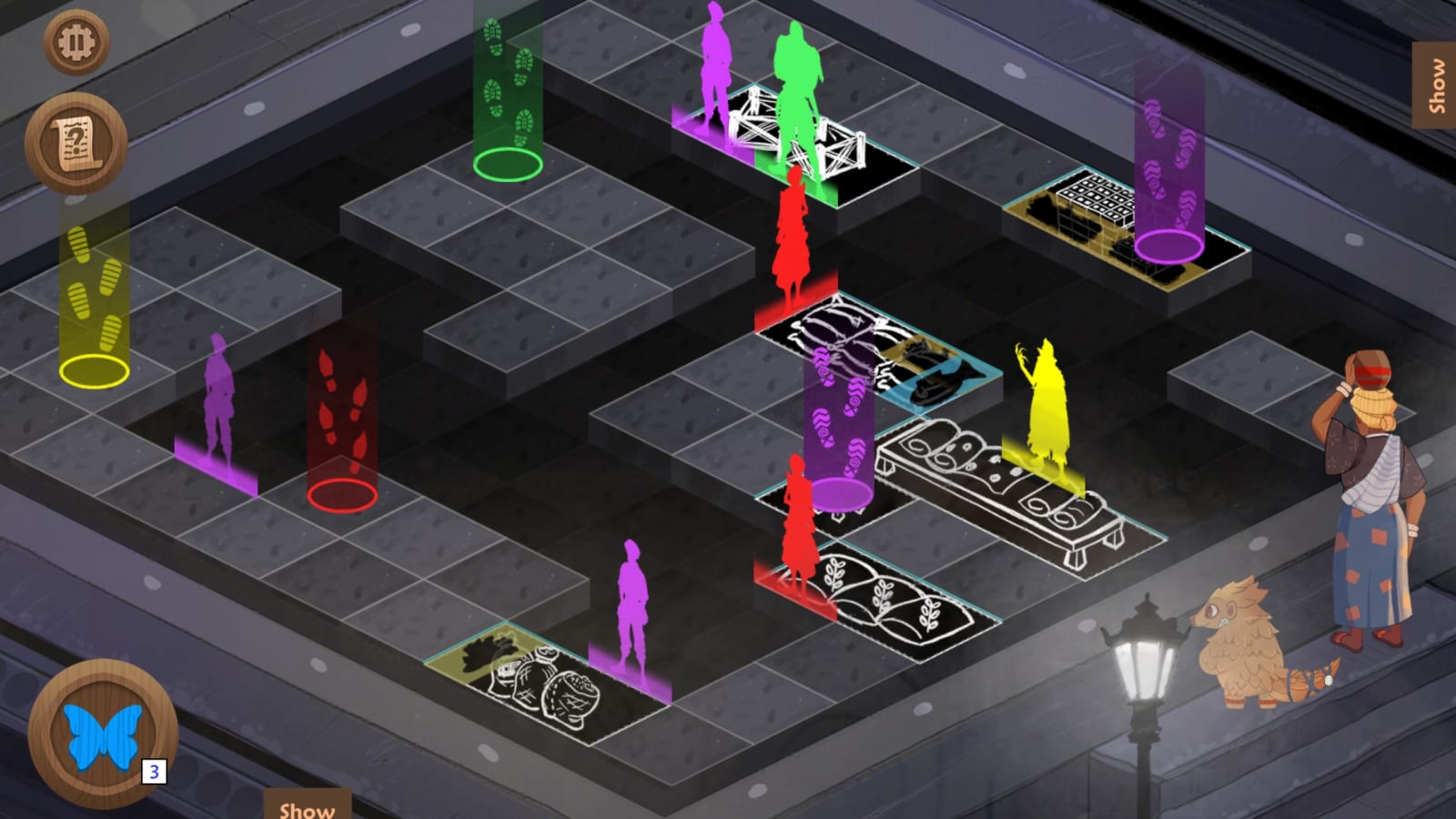 Pangolin's Puzzle represents the tenet of stewardship, or caring for the Earth and all of the creatures in it. It began as a much larger game, featuring 60 of the world's most overlooked animals -- the ones that don't make it into zoos because they're too noisy or smelly or unsightly, Kilpatrick explained. Eventually, Sara and Tim Kilpatrick scaled it down to just one animal, the scaly, beady-eyed pangolin, which faces extinction as the most-trafficked mammal in the world. Demand for the pangolin is high in China, where people desire its scales, meat and blood. Pangolin scales are boiled down and used in traditional medicine, their blood is viewed as a healing tonic, and their meat is a delicacy in some regions.

"The big fear is that they're going to be extinct before anybody even knows they exist," Kilpatrick said. "And so, we just really felt passionately about the pangolin, fell in love with him, and wanted to make a game that could help him."

"They're going to be extinct before anybody even knows they exist."

The Hero Factor Games team consulted with conservation groups like REST Namibia to ensure Pangolin's Puzzle got all of the details right and it actually supported positive change. The game has in-app purchases, allowing players to buy hints, and half of the profits from this system benefit conservation efforts around the globe.

"These people are sacrificing everything to try to save these animals," Kilpatrick said. "And so all of that just kind of went into us -- as Christians, we see the environment as God's creation. We should be taking the best care of it that we possibly can and saving these animals, and not letting them go extinct. We just felt this was the right way to do it for this game."

Congratulations to Hero Factor Games for winning the first Scissor-Tail Prize, awarded to the best game at XPO made here in Oklahoma! Grab their game, A Pangolin's Puzzle, available now! pic.twitter.com/iVD168fMmP

Kilpatrick said there are a lot of Christian video game fans out in the wild, and even a handful of Christian-centric games. He called out That Dragon, Cancer by Numinous Games as the most high-profile title -- it tells the true story of the Green family as their youngest son, Joel, battles an aggressive form of cancer. That Dragon, Cancer picked up a handful of accolades in 2016, including a SXSW Gaming award, two Games for Change wins and the "Games for Impact" prize at The Game Awards.

Because of their focus on social change and the depth of the human experience, both That Dragon, Cancer and Pangolin's Puzzle can be shuffled into the category of "games for change" or "socially aware games." This segment has expanded on the mainstream marketplace in recent years, with popular, award-winning projects like 1979 Revolution: Black Friday, Cart Life and Papers, Please.

Pangolin's Puzzle may be a Christian game first, but it has a home alongside other socially aware titles and philanthropic studios. Kilpatrick said Hero Factor Games hasn't encountered any extra challenges as a Christian studio.

"It doesn't feel any harder or anything," he said at the Tulsa Pop Culture Expo, where Pangolin's Puzzle won the Scissor-Tail Prize for the best game from an Oklahoma studio. "We're here, sitting alongside all these wonderful developers, having a blast integrating and sharing our games with each other. It's just games. And we're just in love with games."

In this article: android, AppStore, av, conservation, gaming, GooglePlay, hands-on, ios, mobile, MobileGaming, Pangolin, PangolinsPuzzle, personal computing, personalcomputing, religion
All products recommended by Engadget are selected by our editorial team, independent of our parent company. Some of our stories include affiliate links. If you buy something through one of these links, we may earn an affiliate commission.