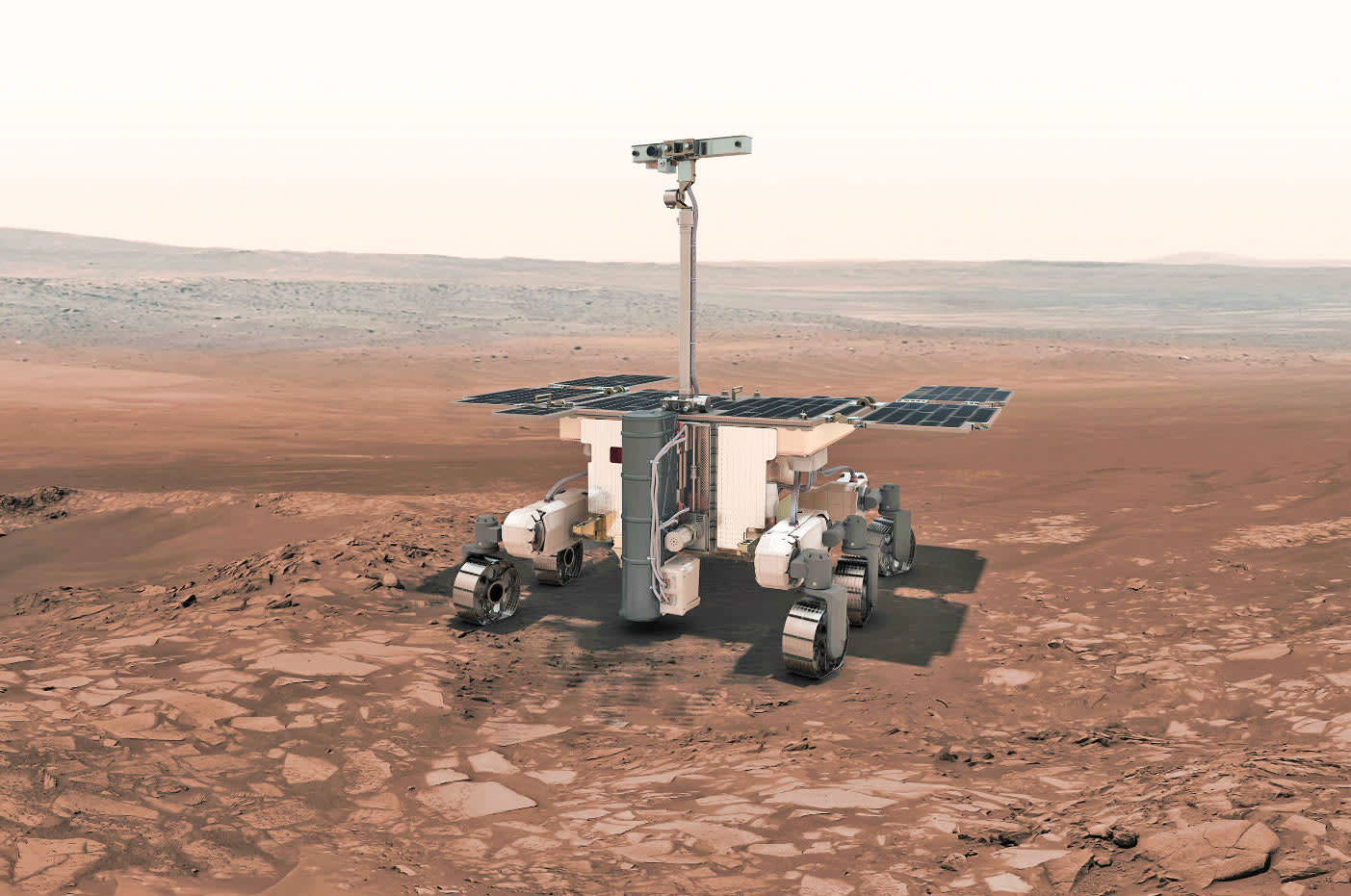 Europe and Russia's ExoMars rover has been assigned its destination on the Red Planet. The robot explorer will almost certainly land on Oxia Planum -- a site rich in iron-magnesium clays near the equator -- say scientists from the Landing Site Selection Working Group (LSSWG) in Leicester, UK. They've been discussing touchdown options for around four years and -- with the blessings of the European and Russian space agencies -- this could be the spot. Unless, of course, they change tack and opt for the other site in contention: Mawrth Vallis, which lies just north of Oxia, reports the BBC.

As the ESA knows all too well, landing on Mars is the hard part. In 2016, the space agency watched as its EXOMARS Schiaparelli lander crashed into the Red Planet's crust at more than 300 kph. That static module was designed to demonstrate and test out the rover's landing system. Which is why Oxia (a site that mimimizes the touchdown risks) is a sure-fire bet. The "abundant clays" in its surface materials also suggest that water once flowed there. Equipped with a drill that can probe up to 2 metres of depth, the rover will inspect Oxia's sediments for signs of life.

Despite losing its lander, the ExoMars mission completed its first leg by placing a trace gas research and communication satellite into Mars orbit in 2016. If all goes to plan, its droid will land on the Red Planet in 2020. The ESA and Russia's Roscosmos space agency will announce its destination a year prior.

In this article: esa, EuropeanSpaceAgency, exomars, MarsRover, Roscosmos, rover, space, tomorrow
All products recommended by Engadget are selected by our editorial team, independent of our parent company. Some of our stories include affiliate links. If you buy something through one of these links, we may earn an affiliate commission.