Climate change can be a vicious cycle when folks crank up the air conditioning during heat waves and add even more CO2 to the atmosphere. Scientists from MIT and the University of Hong Kong have developed a new type of window coating that could curb that trend. It remains highly transparent up to 89 degrees F (32 degrees Celsius), but beyond that, it becomes translucent like frosted glass. As a result, it reflects back up to 70 percent of the sun's incoming heat, reducing interior temperatures and the load on your air conditioner.

To maximize heat blocking, the researchers inserted tiny water-filled spheres into a standard poly material. At temperatures starting around 85 degree F, the spheres start to shrink, squeezing out the liquid and forcing the poly fibers closer together. That gives the glass a frosted appearance, blocking 70 percent of the incoming heat while still letting a lot of visible light through.

Such films have been tried before but didn't block heat that well. The MIT and Hong Kong teams realized that the water filled spheres needed to match the wavelength of infrared light responsible for most solar heating. After expanding the bubble size to 500 nanometers, the film became a much more effective heat-blocker. 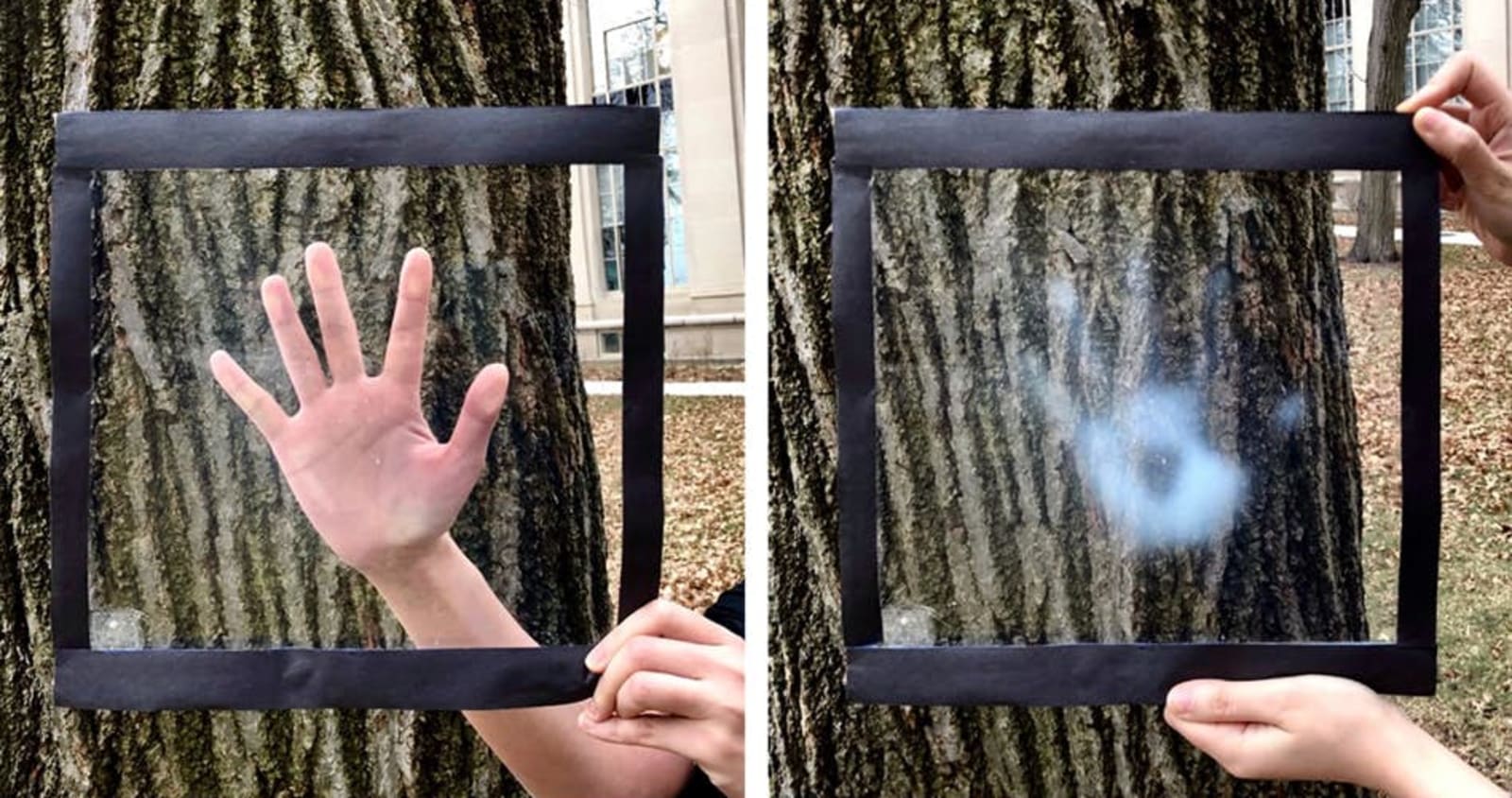 To test it, the team created a small chamber and coated it with the heat rejecting film. Without it, the interior heated to 102 degrees F when hit with a solar simulator light. With the film in place, the temperature hit just 93 degrees. That might not seem like a big difference, but it would significantly reduce the electricity consumption of an air conditioner and, by extension, pollution from coal-powered electricity sources.

The film has the consistency of household plastic wrap so it could easily be applied to any window. "One great advantage of this work is the materials used, which substantially improve applicability and manufacturability of smart windows," mechanical engineering professor Xiaobo Yin told MIT. The researchers are now adjusting the film's formula to see if can further improve the heat blocking properties. It's still a long way from manufacturing, but it's a pretty good start.