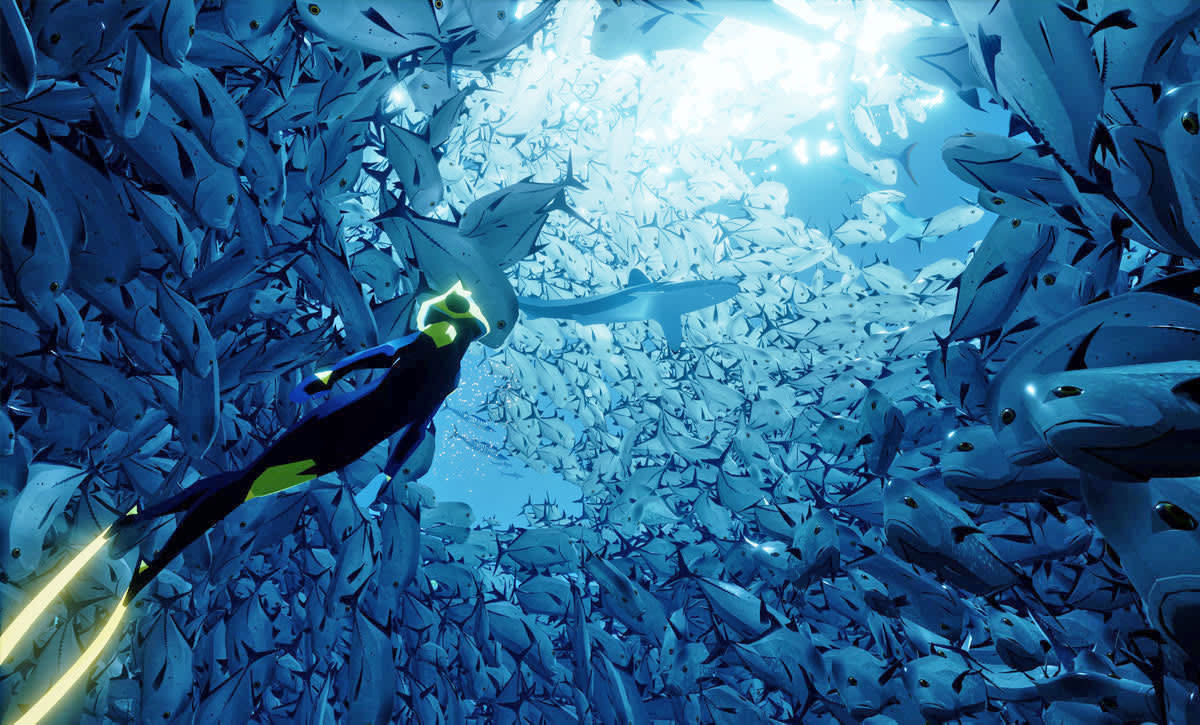 Abzû, the award-winning underground aventure game from Giant Squid Studios, is making its way to the Nintendo Switch. The game will be available on the platform starting November 29th. It will sell for $19.99, but you can save 10 percent off by pre-ordering it.

Abzû takes after the tradition of games like Flower and Journey (games for which Giant Squid Studios founder Matt Nava served as art director for). It encourages users to explore and continue forward with simple mechanics and stunning visuals but doesn't have objectives in the traditional gaming sense. There are puzzles to solve and tons of virtual sights to see. The underwater worlds of Abzû are populated by tens of thousands of fish, as well as ruins and murals from an ancient civilization.

The game first debuted back in the summer of 2016 on PS4 and Windows. It got a port to the Xbox One later that year but hadn't made it to the Switch until now. If you haven't picked the game up yet, or want to be able to take it with you, now is a good time to grab it.

In this article: 505games, abzu, av, gaming, GiantSquid, nintendo, nintendoswitch, port
All products recommended by Engadget are selected by our editorial team, independent of our parent company. Some of our stories include affiliate links. If you buy something through one of these links, we may earn an affiliate commission.