The feature officially arrives on all Pixels over the next few days.

When Google showed off its Night Sight feature at the Pixel 3 event last month, we were impressed but skeptical. Sample photos from the keynote looked drastically better when shot with the low-light mode, but since the feature wasn't live, we couldn't vouch for its effectiveness. Now Google is finally releasing Night Sight to the masses -- meaning you won't have to resort to installing a camera port to test out this mode. After some time testing the software out, I have to say, I'm blown away.

The difference is much more noticeable on photos taken in pitch black, but in those situations, the images came out noisy and blurry, even though colors are accurate. Google said that Night Sight measures the natural shakiness of your hand as well as how much motion is in the scene before you press the shutter button. When there's less movement, the software spends more time capturing light for less noise. Otherwise, it uses shorter exposures to minimize blur. In most cases, this appeared to work well, save for the example below, which was shot in my closet in complete darkness. 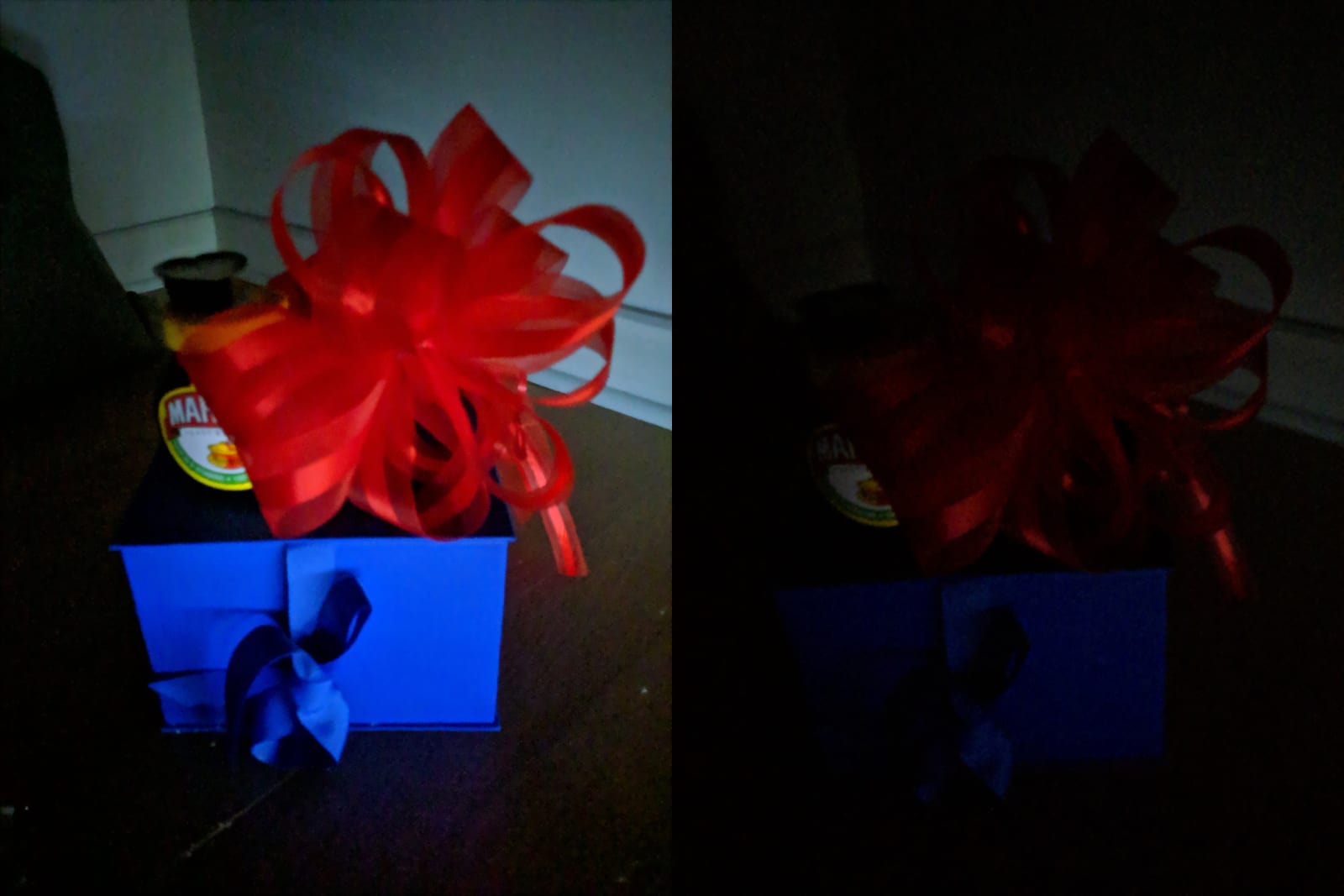 Google recommended that we test Night Sight on a Pixel 3, which already took decent shots in low light. But I still saw a noticeable improvement in quality in some photos in a dark corner in my kitchen. Colors were more saturated, and details like the ridges on a jar's cap were sharper. Those using older Pixels should be excited too. Even when I tested Night Sight on my Pixel 2, the results were impressive. Shots of Thai food in a dimly lit restaurant looked brighter and clearer, and the colors looked more accurate when shot in the mode. Though I don't like that you have to swipe all the way to the More section in the camera app to launch Night Sight manually, the system has so far been smart enough to suggest I switch modes when it detects a dark scene. When that happens, it displays a shortcut at the bottom of the viewfinder so Night Sight is easier to access.

The Pixel 3 was already one of the best cameras, despite not packing dual sensors. The company's software prowess shows in things like HDR+ and Portrait mode, and now Night Sight clinches the photography trophy for Google. The new feature will arrive over the next few days on all Pixels via a Camera app update, so keep an eye out for it, and have fun!

All products recommended by Engadget are selected by our editorial team, independent of our parent company. Some of our stories include affiliate links. If you buy something through one of these links, we may earn an affiliate commission. All prices are correct at the time of publishing.
The Pixel's Night Sight camera mode performs imaging miracles
cameras
gadgetry
gadgets
gear
google
googlenightsight
googlepixel3
googlepixel3xl
mobile
nightsight
photography