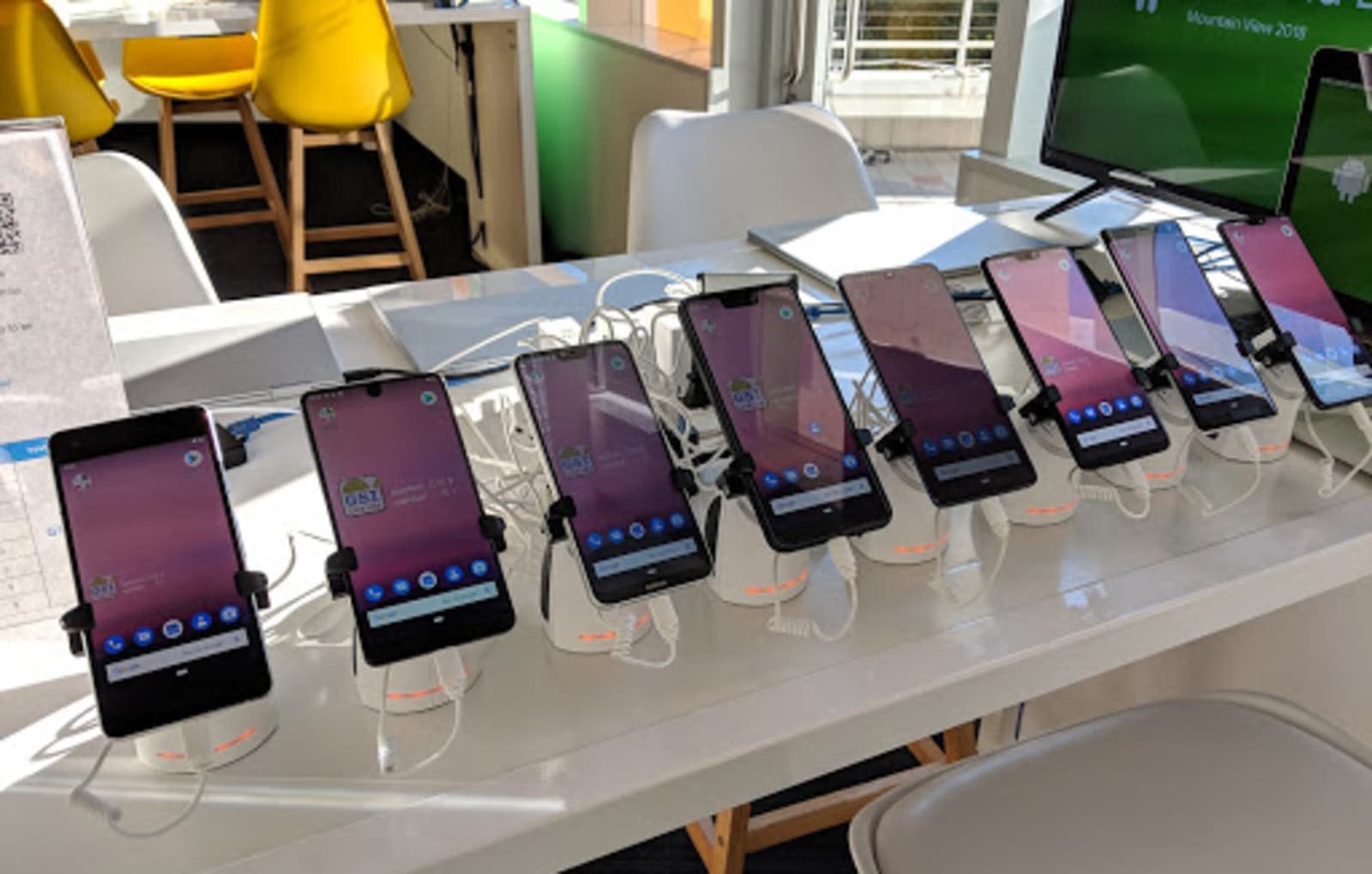 Google has long been criticised for the long delays between Android upgrades. While iPhone users are merrily chowing down on regular OS updates, Android users have to wait for long intervals, with lower cost handsets never seeing an update at all during their lifespans. Google's update framework, Project Treble, seeks to rectify this, and the company has just announced that all devices launching with Android 9 Pie or later will be Treble-compliant. The picture above shows off a range of Trebled-equipped devices displaying the same Generic System Image.

In a blog post, Google says that thanks to Treble, it anticipates more devices running Android 9 Pie at the end of 2018, compared to the number of devices that were running Android Oreo at the end of 2017. Google made a similar claim last year, when Project Treble was first introduced alongside Oreo, but it seems the company really means it this time around.

Also, bear in mind that it wasn't until February of this year that Google announced Nougat had become the most-used Android release, 17 months after its summer 2016 launch. Treble aims to close these kinds of gaps, and if the framework comes as standard on new devices going forward, it won't be too long before more people are on better versions of Android, which is good news for features and security, and for staving off the competition.

In this article: Android, Android9, gear, google, iPhone, mobile, Nougat, operatingsystem, Oreo, OS, Pie, ProjectTreble, updates
All products recommended by Engadget are selected by our editorial team, independent of our parent company. Some of our stories include affiliate links. If you buy something through one of these links, we may earn an affiliate commission.