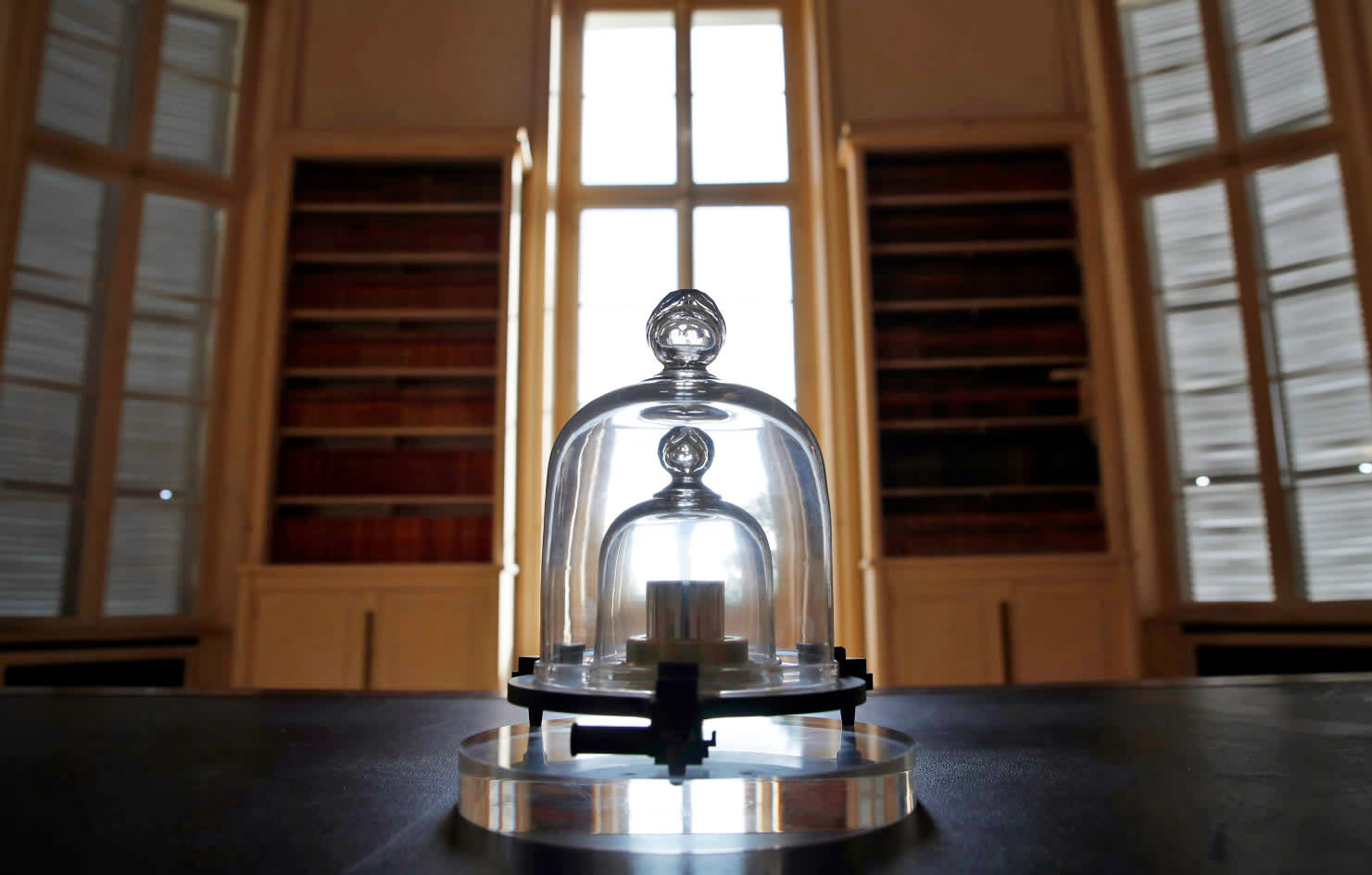 Today, scientists voted to change the definition of the kilogram as well as three other units of measurement -- the ampere, the kelvin and the mole. The vote took place at the General Conference on Weights and Measures in Versailles, France and the new definitions will be based on "what we call the fundamental constants of nature," as Estefanía de Mirandés of the International Bureau of Weights and Measures (BIPM) told Science News, instead of the less precise definitions these measurements are currently tied to. The kilogram, for example, is defined by a physical cylinder known as Le Grand K that's stored in a vault outside of Paris.

These redefinitions have been in the works for some time. "This is the most important decision that the BIPM has made in maybe 100 years, which may be a slight exaggeration, but at least since 1960 when they adopted the International System of Units," Terry Quinn, emeritus director of the BIPM, told Engadget last year. And while the changes won't necessarily be reflected in your day to day life, they'll help scientists make more accurate measurements going forward.

The kilogram will now be defined by the Planck Constant, while the ampere, kelvin and mole will be tied to the elementary electrical charge, the Boltzmann constant and the Avogadro constant, respectively. "It's about as excited as you're going to see metrologists get," David Newell a researcher at the National Institute of Standards and Technology, told Science News. "I can't believe we're finally getting it done."

In this article: ampere, BIPM, gear, internationalsystemofunits, kelvin, kilogram, mole, PlancksConstant, services, tomorrow
All products recommended by Engadget are selected by our editorial team, independent of our parent company. Some of our stories include affiliate links. If you buy something through one of these links, we may earn an affiliate commission.