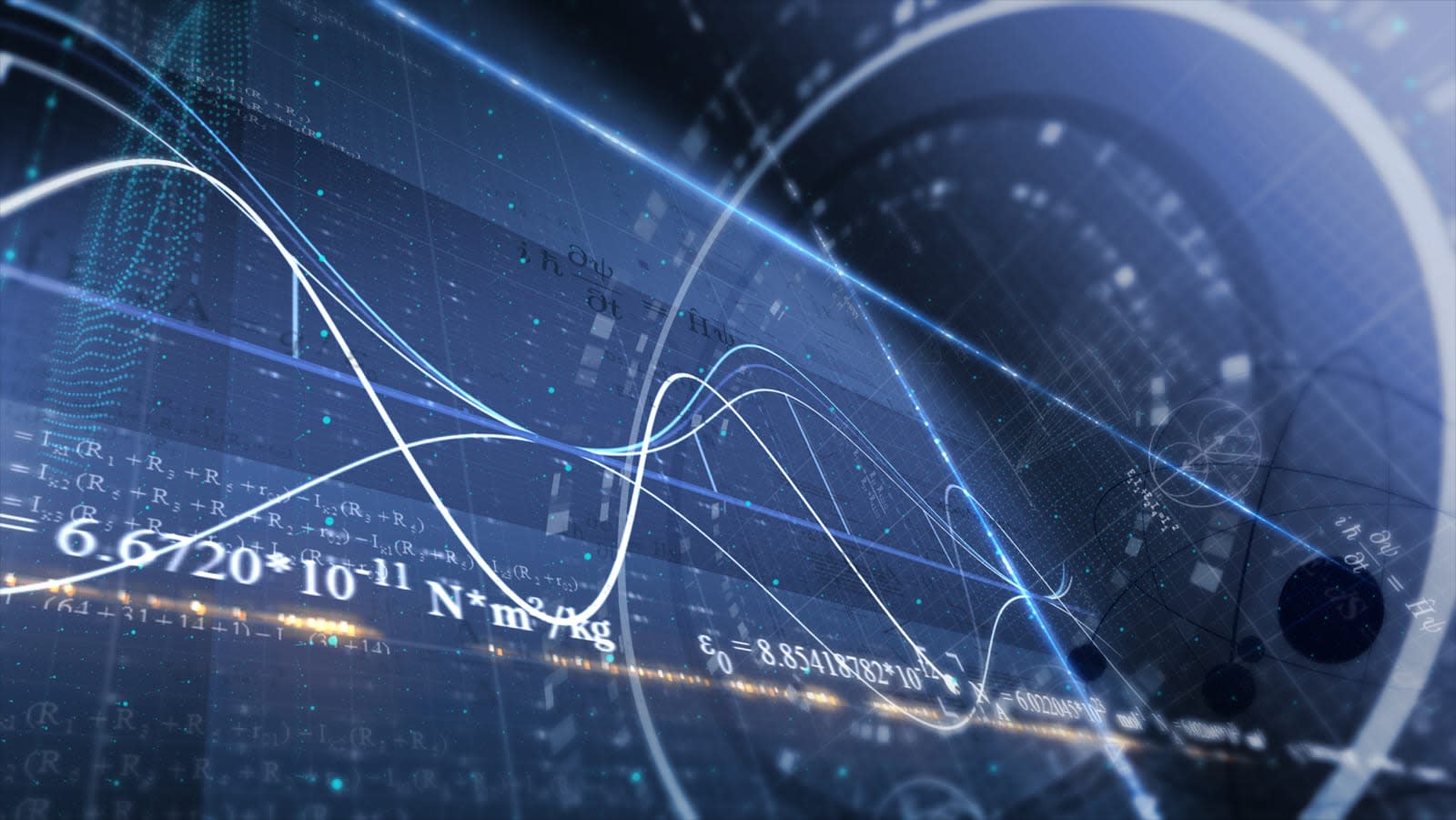 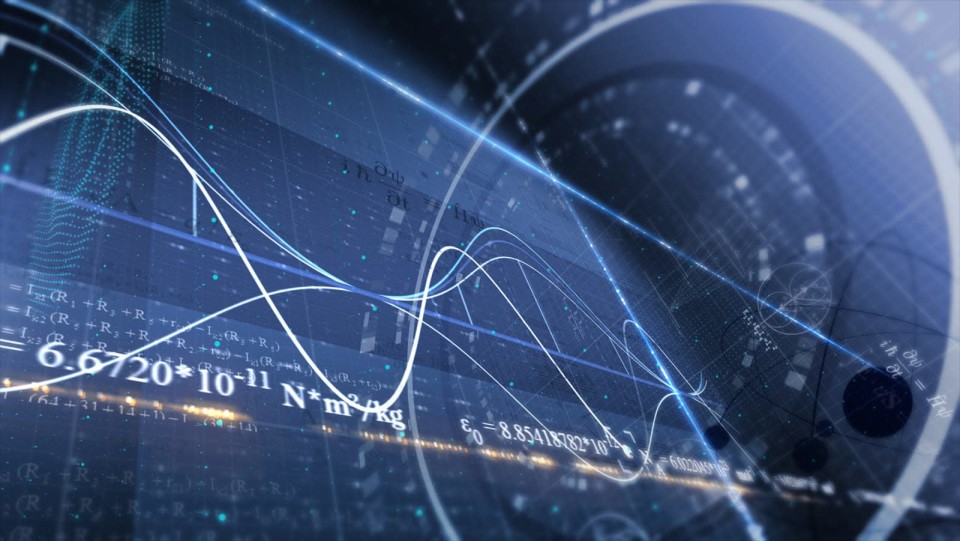 Physics is a funny thing. Despite dictating the behaviors and states of everything from atoms to stars, our interpretation of its effects are rooted in very human constructs. Meters, amperes and seconds were all defined using arbitrary terms and methods. For years, the kilogram and meter weren't just terms, they were physical objects held in a Paris vault that some Victorian-era committee just decided would be the standard. But now, for the first time since the international system of units (SI) was launched in 1960, the International Bureau of Weights and Measures (BIPM) is redefining four basic units of measurement, not by any human metric but by the immutable forces of the universe.

"This is the most important decision that the BIPM has made in maybe 100 years, which may be a slight exaggeration, but at least since 1960 when they adopted the international system of units," Dr. Terry Quinn, emeritus director of the BIPM, said.

A committee from the BIPM met in Paris this week and voted on Friday to recommend redefining the kilogram, mole, ampere and Kelvin. The motion will be put up for a vote at the General Conference on Weights and Measures (CGPM) next November.

"For the scale that's in your grocery store or bathroom, nothing's going to change," Dr. David Newell of the National Institute of Standards and Technology (NIST) said. Instead, as Dr. Quinn explains, "it will give you the ability to make accurate measurements on scales far different from the current scale."

"This redefinition is a major overhaul," Newell said. But it's certainly not the first. For example, we define the second by a specific number of cycles of radiation in a cesium-133 atom (9,192,631,770 periods). It was originally considered to be the fraction 1/86400 of the mean solar day.

The meter used to be a real thing that you could hold (like the kilogram still is) rather than the distance light travels in 1/299,792,458 seconds. "The SI is slowly evolving to the use of the invariance of nature," Newell said, rather than basing our observations on specific, physical artifacts.

This means researchers will have far more accurate tools with which to make measurements. That higher fidelity will empower them to go back and reexamine the laws of physics that we believe to be correct and see if they're as accurate as we think they are. "We may actually find that we don't know everything," Newell said. Eventually, we may even take those insights and once again redefine the scientific measurement system when our technology has sufficiently advanced.

Another advantage is these fundamental constants appear throughout nature, Newell explained. Researchers would no longer be tied to the kilogram and would be able to easily scale their units between the macroscopic and microscopic worlds.

This is problematic for a couple reasons, PhysicsWorld points out. First, it relies on other units of measure -- specifically kilograms, meters and seconds -- for its definition. This methodology is exactly what the BIPM is trying to get away from. Second, the aforementioned "thought experiment" can never be tested in reality, because it imagines a situation with wire infinitely long, so at some point, you're going to have to approximate.

Instead, the BIPM wants to define amps by the number of electrons that flow through a wire by the exact number of electrons that actually flow through a wire. Recently, a team of researchers from German National Metrology Institute (PTB) in Braunschweig developed a Single Electron Pump. Electrons are generated on one side of a circuit, become trapped as they pass through a series of gates and then are released one at a time on the other side where they can be easily counted. Using this, we can define the ampere as the specific number of single electrons passing through a wire for a given length of time.

Kilograms are equally quirky. The International Prototype Kilogram (IPK) is a cylinder of platinum-iridium sitting in a Paris Vault and is what all other kilograms are measured against. Problem is, materials have a habit of gaining and losing atoms due to chemical interactions with the atmosphere. Of the six official copies of the IPK, one has lost about 5 micrograms while two others have gained more than 50 micrograms of mass. You'd be hard-pressed to notice if someone dropped a 50 microgram weight on your toe but for the scientific community, those fluctuations make a big difference. The IPK isn't just susceptible to atmospheric reactions. Being a physical object, it can be stolen or damaged. However, "you can't steal Planck's Constant," Quinn quipped.

"If I were to drop [the IPK] on the floor and chip a piece off, the definition of mass would have to be changed because it is defined as this hunk of metal," Dr. Willie May, former director of NIST and current VP of the CIPM, said.

"But, by definition, it can't change," Quinn interjected. "And so what would happen, had Dr. May dropped it on the floor and knocked a piece off, it would have remained the IPK and the mass of the rest of the universe would have changed."

That's where the Kibble Balance comes in. Now on normal balancing scales, you determine the mass of an object by adding mass to the opposite side until they are in equilibrium. In the Kibble balance, the gravitational force generated by the weight on one side is countered with electromagnetic force on the other. With this method, and a bit of math, researchers can measure something called the Planck Constant. Thus we can define kilograms in terms of the Planck Constant rather than a lump of metal.

Kelvin, thankfully, is a bit more straightforward. It's the measure of temperature, terminating at absolute zero when all molecular motion stops. That absolute nature is important, since, unlike mass, relative temperatures don't stack. For example, smash two 10-pound blobs of clay, each heated to 100 degrees Fahrenheit together, the result will weigh 20 pounds but it won't be any hotter. As such, measuring temperatures in Kelvin is more accurate than Fahrenheit or Celsius though it's still being framed in an outdated model.

Should the CGPM approve the redefinition of Kelvin next year, the unit will be defined using an acoustic thermometer. These devices measure the speed of sound waves travelling through a low-gravity gas sphere. Since the speed of those waves is fixed for a set temperature, you can calculate that by measuring the frequency of the resonating sound waves and the volume of the sphere.

Even the mole is getting a makeover. This fundamental unit measures the amount of substance known as the Avogadro constant. Moles are used to bridge the gap between the micro- and macroscopic worlds. It provides a usable frame of reference when dealing with minuscule items. Or, as XKCD once pointed out, a mole of moles would be 602,214,129,000,000,000,000,000 animals (602 trillion trillion moles). That's also the number of sand grains needed to bury the entire UK to a depth of about 40 centimetres, according to the NPL, or the number of human cells on Earth.

The Mole is defined using an experiment known as the "primary method," which involves weighing a material of known composition. However, because this system bases the value of the mole on the mass of the prototype kilogram, the CGPM is considering redefining the unit. Instead, the group wants to drop carbon (the reference substance for moles) altogether and replace it with a 1Kg, 94-mmm wide, nearly spherical mass of 99.9995-percent pure silicon-28. Since the physical characteristics of the sphere -- weight, diameter, size of the individual crystal lattices -- are known, as well as how much a single silicon atom weighs, these measurements can be used to calculate the total number of atoms in the sphere and, in turn, a revised Avogadro's constant.

This isn't the end of the BIPM's efforts. The group is eyeing the atomic second ahead of the unit's 50th anniversary of being tied to the radiation cycles of Cesium-133. "At the time we used the best atomic clock we could possibly have," Quinn explained. "But a lot of science has taken place, and there are now ways of making atomic clocks 100 times better. And in the next 10 years, I would say, there will be a new definition of the atomic second that is 100 times better."

Such an advancement will have implications in everything from space exploration and cutting-edge physics research to more accurate GPS navigation in your car.

"If we allow the art of the possible," May said, "you open up the future to things you've never even thought of."

In this article: definition, kg, kilogram, physics, planck, science, services, tomorrow
All products recommended by Engadget are selected by our editorial team, independent of our parent company. Some of our stories include affiliate links. If you buy something through one of these links, we may earn an affiliate commission.