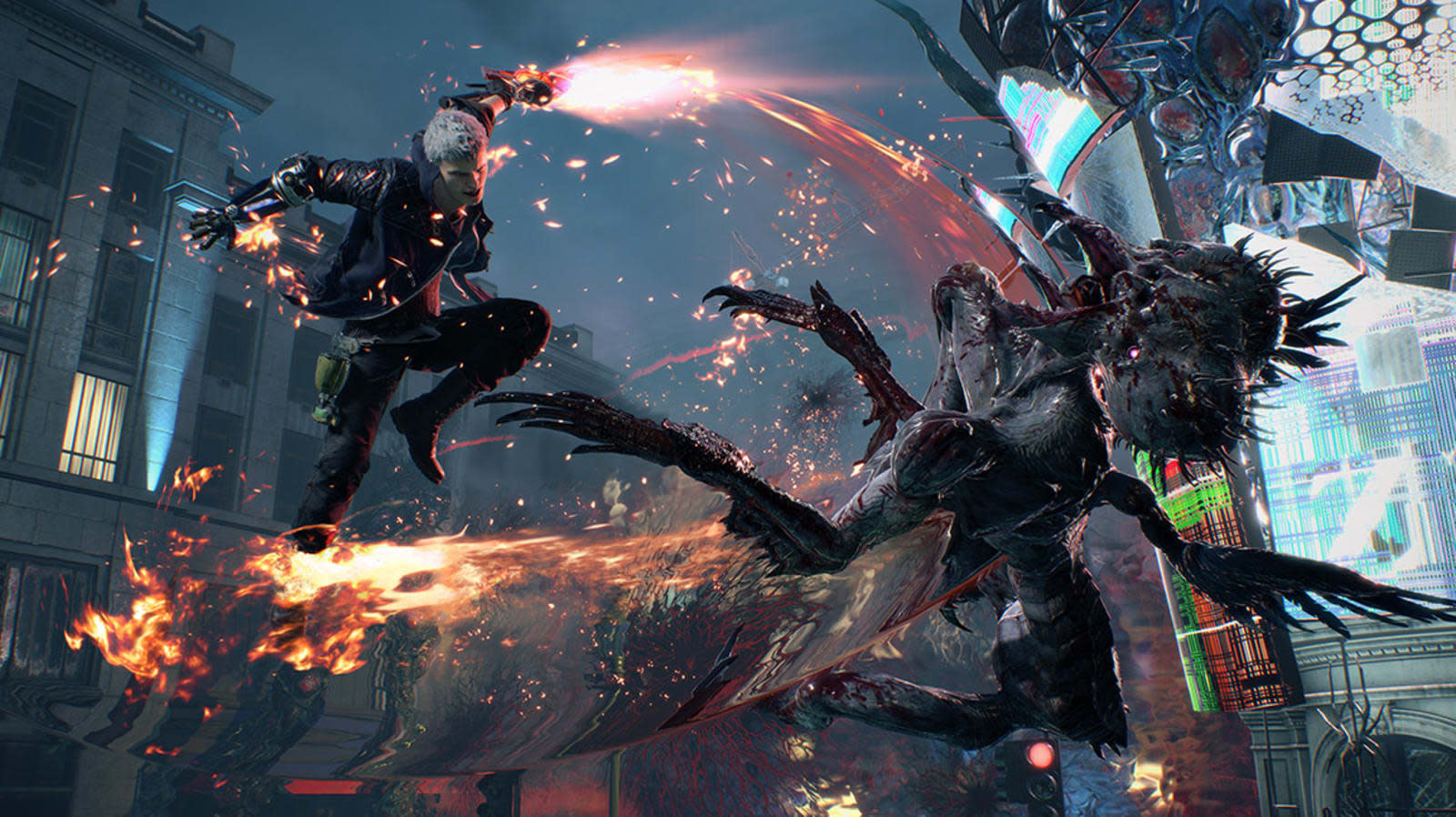 After Adi Shankar chalked up a hit with his animated Castlevania series on Netflix, what's he going to do next? Why, adapt another classic, darkly-themed video game franchise, of course. Shankar told IGN in an interview that he's developing an animated Devil May Cry series as part of what he says is a "bootleg multiverse." He did buy the rights, to be clear -- he's just making sure the "jabronis in Hollywood" don't mess up the treatment of Capcom's stylish shoot-and-slash titles. There's not much to show beyond that, although Shankar did post a teaser picture showing what looks like Dante from the DMC games.

There's also no mention of which service would carry the series, provided all goes well. Netflix sounds like an obvious candidate given that it has enthusiastically supported Castlevania (the show quickly got a third season), but that's not set in stone.

It will likely take a while before you see the first fruits of the project. However, Shankar's involvement is promising. Castlevania has generally been well-received both critically and commercially -- even if it's not a stunner, it's arguably better than many game adaptations. This doesn't guarantee that a Devil May Cry show will be as good or better, but it suggests that the production could capture the visceral spirit of the games in a way that other studios might miss.

In this article: adishankar, av, capcom, devilmaycry, entertainment, gaming, internet, services, television, tv
All products recommended by Engadget are selected by our editorial team, independent of our parent company. Some of our stories include affiliate links. If you buy something through one of these links, we may earn an affiliate commission.