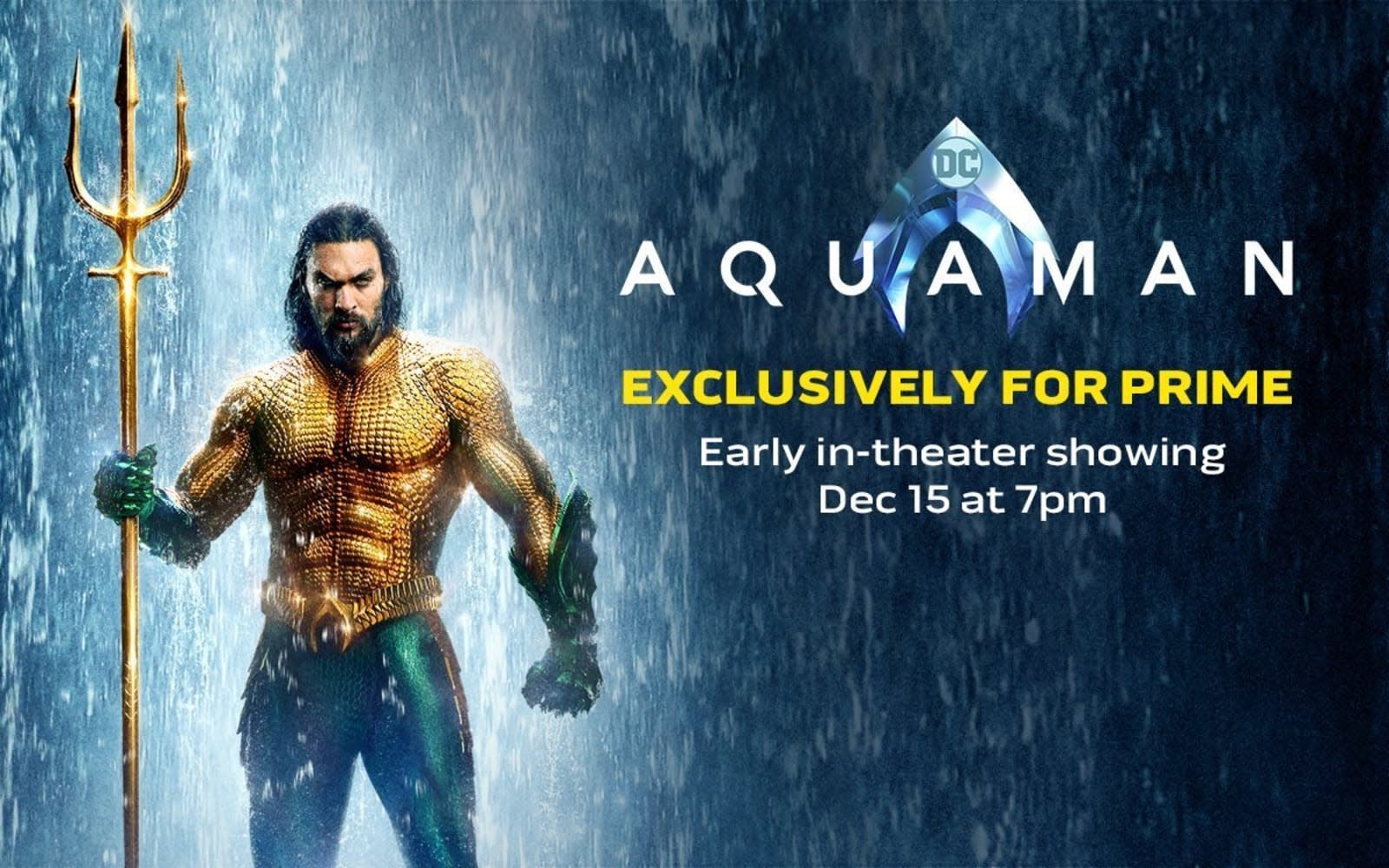 Aquaman has only appeared briefly in Batman v. Superman and as a member of the Justice League, and was one of the few good things in two pretty awful movies. As such, the character's first solo movie has more promise than other DC Extended Universe films. Amazon has announced that Prime members will get to see the movie on December 15th, nearly a full week ahead of the movie's December 21st public debut.

Members can buy up to 10 tickets here and see the film at 1,000 theaters around the country, including the AMC, Regal, National Amusement Theaters and ArcLight Cinema chains. Amazon has offered a similar deal before, letting movie fans watch an advance screening of Jumanji 12 days before it came out in theaters.

Much like Gal Gadot's Wonder Woman, Aquaman might do well on the strenth of its charismatic lead actor Jason Momoa. Warner Bros., the studio behind the movie, was reportedly less than thrilled with 2017's Justice League, but quite happy with Momoa. Aquaman will supposedly focus on the character's Atlantis-based origin story. It also stars Amber Heard, Willem Dafoe, Dolph Lundgren and Nicole Kidman in supporting roles.

In this article: amazon, AmazonPrime, Aquaman, av, DC, EarlyScreening, entertainment, Movies, video
All products recommended by Engadget are selected by our editorial team, independent of our parent company. Some of our stories include affiliate links. If you buy something through one of these links, we may earn an affiliate commission.