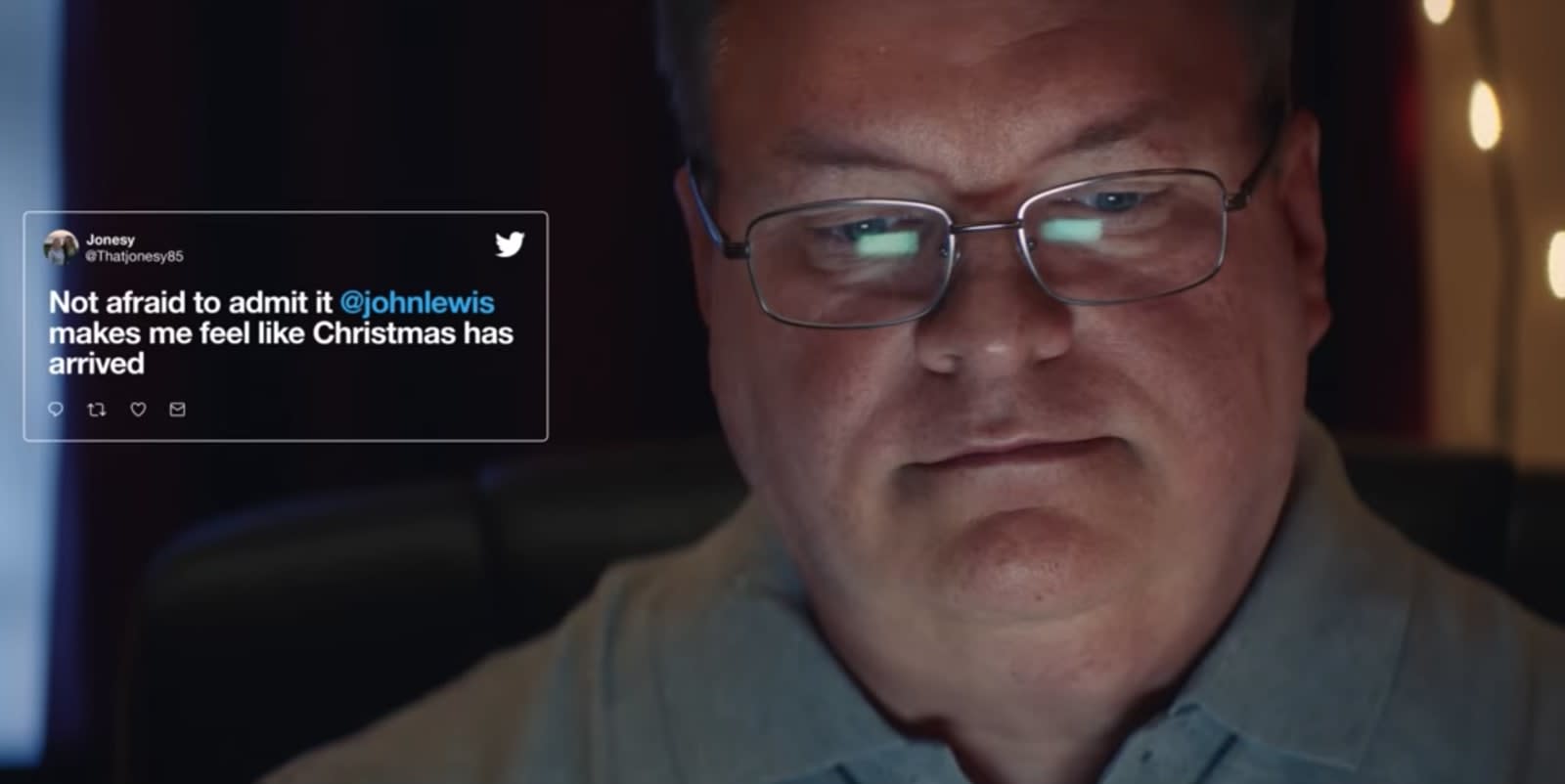 Twitter has a new Christmas ad highlighting how an infamous case of mistaken identity generates tens of thousands of conversations on its platform every year. It stars user @JohnLewis -- no, not the UK department store, but a lecturer at Virginia Tech who shares the same name.

The ensuing confusion has seen Lewis besieged with tweets meant for the retailer and the amusing clip shows him patiently replying to the requests, ranging from queries about stock and references to John Lewis' Xmas adverts (which, whether you like them or not, have become ingrained in British popular culture).

Twitter even references the UK retailer's previous Christmas adverts with a telescope, a miniature moon ornament, Monty the penguin and Buster the boxer. The platform has branded the campaign #NotARetailstore in a nod to the comment on Lewis' bio.

"I think it's hilarious that people mistake me for the UK store and I do my best to direct them to the right place," Lewis told The Guardian. "I see a massive spike in tweets at this time of year and I always watch the John Lewis advert, especially as it becomes a big part of my conversation."

According to The Guardian, Lewis has had his Twitter handle since 2007 and he claims that John Lewis -- which goes by @jlandpartners -- has never offered to buy his presence. (Twitter's rules explicitly prohibit the trading of accounts and "username squatting"). As a result, he gets around 50,000 tweets per year originally intended for the department store. By paying Lewis to appear in the ad, Twitter (which highlights its most popular stories in its Moments feed) is clearly trying to create some viral magic of its own.

In this article: Advert, av, business, entertainment, JohnLewis, twitter
All products recommended by Engadget are selected by our editorial team, independent of our parent company. Some of our stories include affiliate links. If you buy something through one of these links, we may earn an affiliate commission.