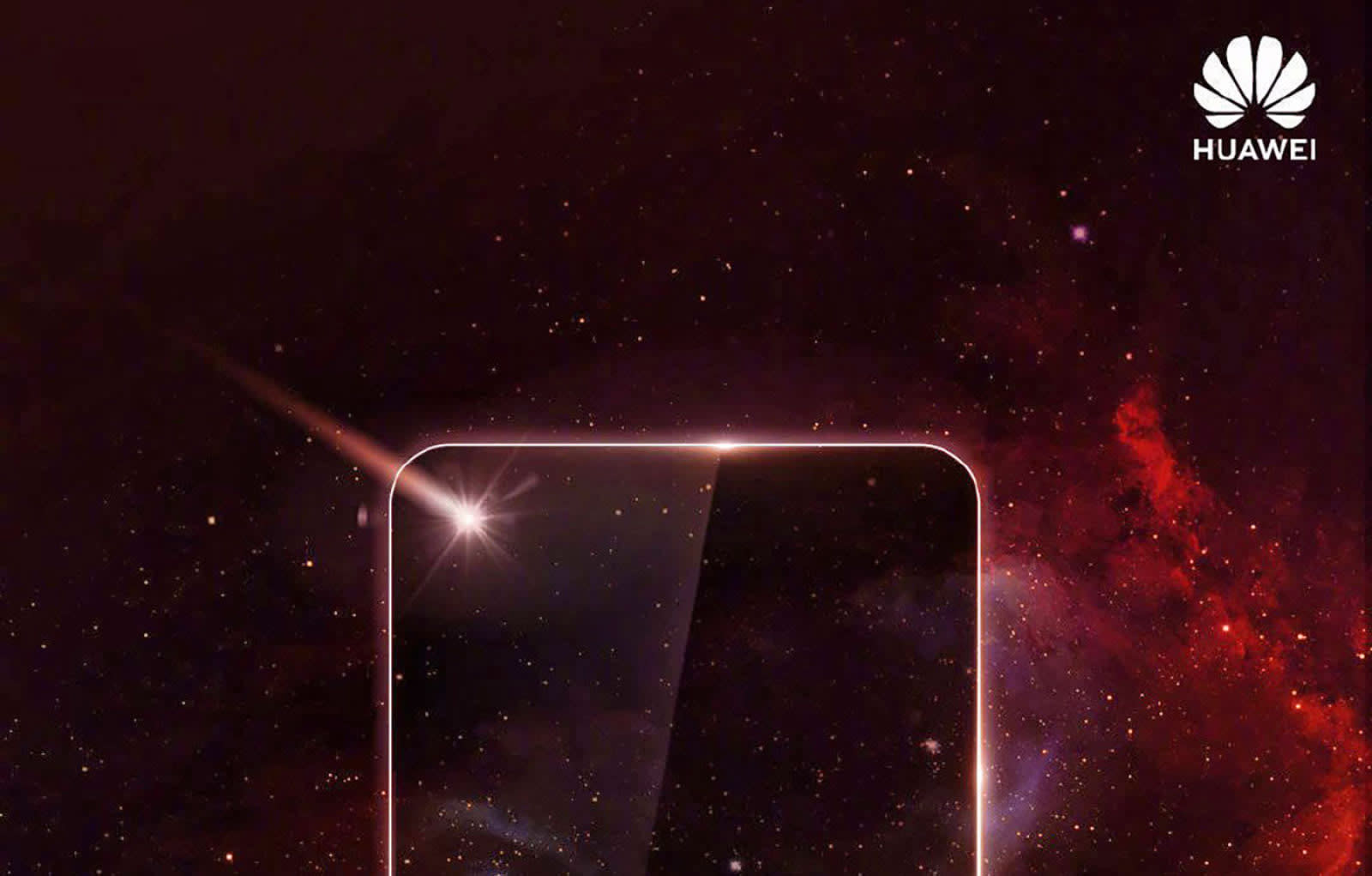 With manufacturers trying to make bezel-free smartphones, the dreaded notch has become the most popular way to install front-facing selfie cameras. We're about to see an all-new design, though, it seems. Huawei has unveiled a teaser showing a circular camera cutout placed at the top left corner of the screen, spotted by Twitter user Ice Universe and see on Chinese social network Weibo. On top of that, Samsung's Galaxy A8S might have a similar design.

A leaked image (again from Ice Universe) shows what could be a screen protector for a Samsung smartphone with a corner camera cutout, presumably the Galaxy A8s. Samsung has confirmed that it's indeed working on such a display, which it calls the "Infinity-O," and Huawei told The Verge that the teaser image above is genuine -- so both of these leaks have essentially been confirmed.

It may be the world's first hole in the screen smartphone: Galaxy A8s pic.twitter.com/dBQfgUXed2

Visually, there's no doubt that this minimal approach to a front-facing smartphone is, er, infinitely better than a notch. At the same time, it eliminates the possibility of dual cameras, front depth sensors and other fancy imaging doodads. We could see "hole-screen" cutouts as early as December, but in the meantime, let us know your thoughts.

In this article: Camera, Cutout, gear, Huawei, mobile, Samsung, Selfie, Smartphone
All products recommended by Engadget are selected by our editorial team, independent of our parent company. Some of our stories include affiliate links. If you buy something through one of these links, we may earn an affiliate commission.