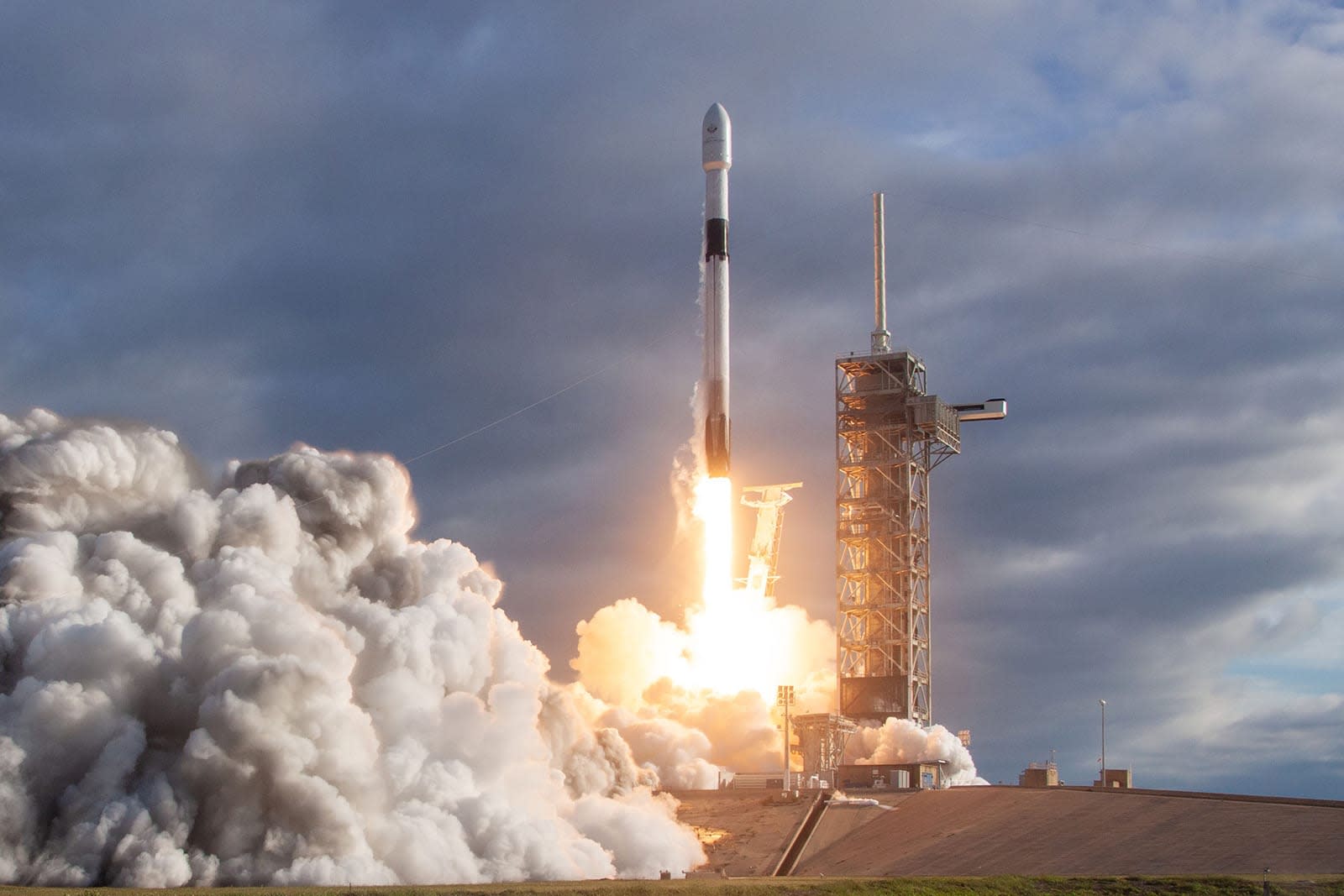 SpaceX is no stranger to reusing rockets at this point, but no Falcon 9 has flown more than twice... well, until now. The private spaceflight firm is launching the Spaceflight SSO-A: SmallSat Express mission on December 2nd at 1:31PM Eastern with a rocket that has already completed two launches (and, of course, returns) in 2018. This time, though, it's launching from Vandenberg Air Force Base in California instead of from the East coast, like it did in May and August.

Provided the launch is successful, the Falcon 9 will try to land on a drone ship in the Pacific Ocean. It might just fly a fourth time, too, as SpaceX already has plans to launch the rocket again.

There's a lot invested in the mission itself. The rocket is carrying 64 small satellites from a variety of customers, including clients from Brazil, Canada, South Korea and the UK. That will make it the largest single collection of spacecraft to launch from the US. It's not the largest launch ever -- The Verge noted that an Indian rocket carried 104 satellites into orbit. Still, it's an important step toward commercializing spaceflight and making orbit more accessible.

Update 12/2 9:45AM ET: SpaceX has delayed the launch to perform "additional inspections" on the rocket's second stage. It's now aiming for takeoff on December 3rd at 1:32PM Eastern.

In this article: falcon9, gear, rocket, smallsat, space, spaceflightsso-a, spacex, sso-a, tomorrow, video
All products recommended by Engadget are selected by our editorial team, independent of our parent company. Some of our stories include affiliate links. If you buy something through one of these links, we may earn an affiliate commission.