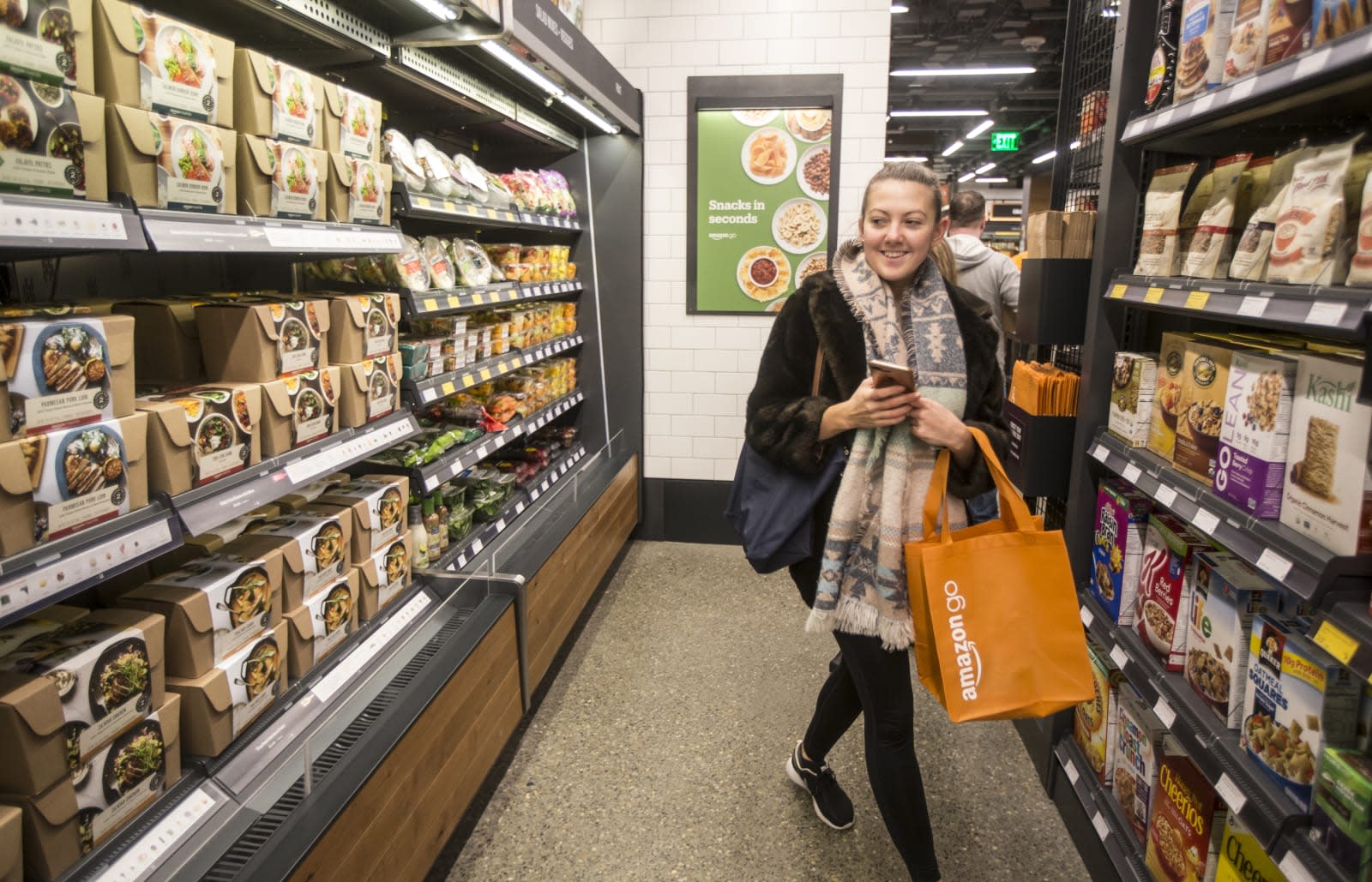 Amazon's checkout-free Go stores might hint at the future of retail, but they're small locations that aren't much good if you need more than lunch or a bag of chips. You might see more soon, though. Wall Street Journal sources say Amazon is testing a version of its computer vision-based shopping technology for larger stores. It's not certain how close the company might be to trying this in the real world (it's currently running in a Seattle space "formatted like a big store"). It won't shock you to hear where the tech might go if it's successful, however.

The insiders said Amazon would most likely use its no-checkout tech at Whole Foods. While the company previously said it didn't have plans to use Amazon Go at its grocery chain (the firm declined to comment on the apparent leak), that's not the same as ruling it out entirely. To some extent, it's been limited by practical challenges more than anything. How would it handle the varying qualities of fresh produce, or track frozen foods hidden behind glass?

There's also the question of customer expectations. If you venture into an Amazon Go store, you're likely an early adopter who knows what to expect. Whole Foods, on the other hand, serves virtually everyone. Amazon may have a tough time persuading warier customers who would rather talk to a cashier than launch an app, even if they know it would take considerably longer. Any expansion to larger stores may require a cultural shift in addition to any technological breakthroughs.

In this article: ai, amazon, amazongo, artificialintelligence, business, computervision, gadgetry, gadgets, gear, retail, shopping, wholefoods
All products recommended by Engadget are selected by our editorial team, independent of our parent company. Some of our stories include affiliate links. If you buy something through one of these links, we may earn an affiliate commission.