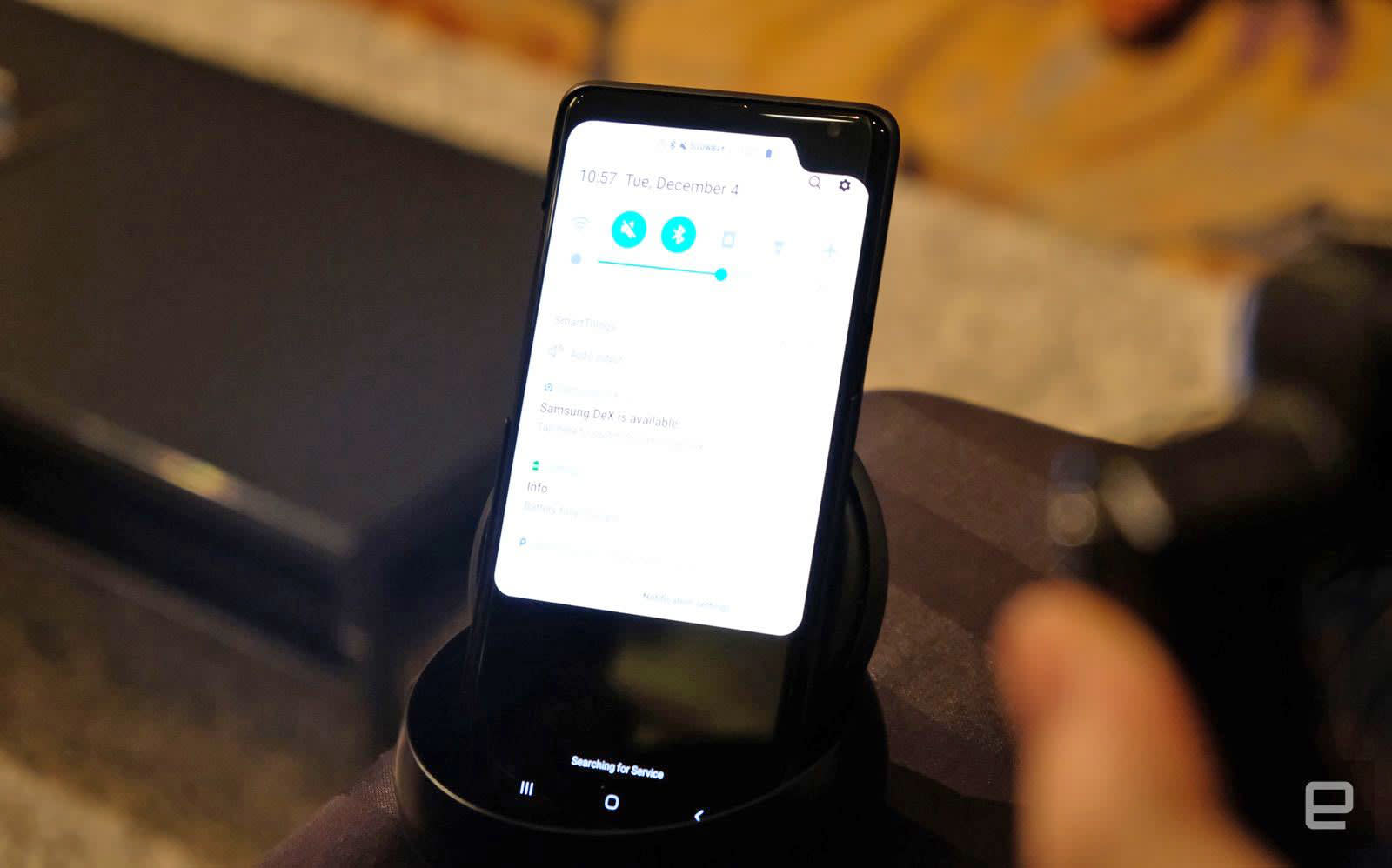 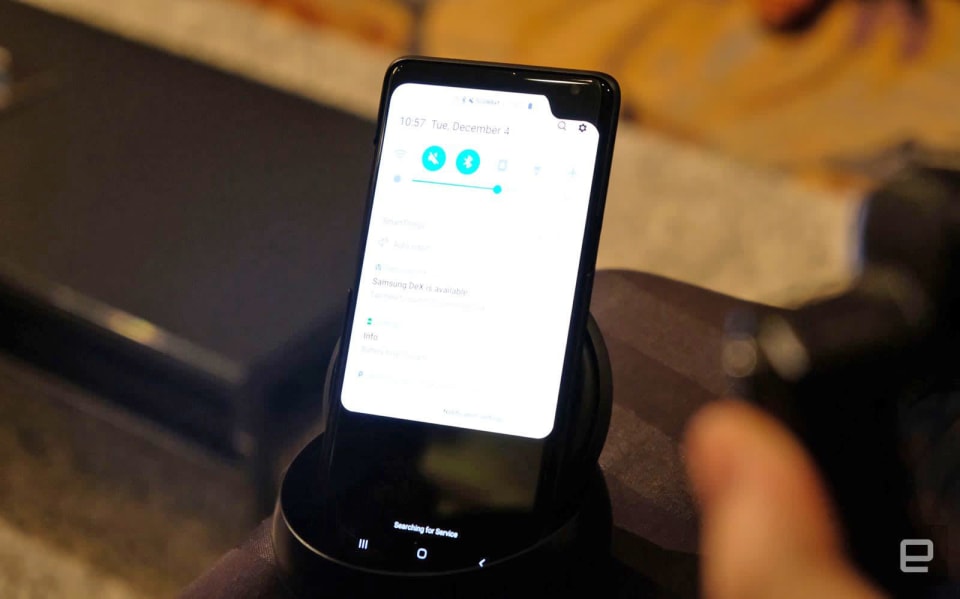 Verizon and AT&T have set up small-scale 5G networks at Qualcomm's Tech Summit in Hawaii, but what good are wireless networks without devices? Motorola is on the ground with an apparently live version of its 5G Moto Mod, but Samsung showed up with something different: a secretive prototype phone, wrapped in a dark case and with a screen unlike just about any other I've seen.

Samsung has been understandably protective of this phone, as it's been streaming 4K video over Verizon's 5G network and outputting the results onto a big, beautiful television. Forget about touching the phone — the company wouldn't even let anyone turn on the phone's screen until a colleague coaxed a representative into doing it. Lo and behold: there's a big notch cut out of the screen's top-right corner. At first, it looked like it might have been a peculiar interface flourish, but a closer look at other photos confirms that the display is indeed a little dog-eared.

The front-facing camera sits in that corner too, but well above the notch's bottom curve -- that might be because the camera system requires more space than one might typically expect, but that's really just a shot in the dark.

To be clear, this is a prototype device, and it would be unwise to make any assumptions about what future Samsung devices will look like based on this unfinished hardware. (In other words, I wouldn't lose any sleep over the Galaxy S10 just yet.) After all, Samsung has been pretty candid about what the future of its notches should look like: they'll be U's or V's, or the screen will just have a hole punched out of it to accommodate the camera. The screen we found here clearly doesn't fit into any of those categories, but again, that doesn't necessarily mean much. The company has been very tight-lipped about the rest of the phone's specifics, and it may well just represent one possible evolutionary branch Samsung considered for its future smartphones. If that's the case, the phone isn't much more than a fascinating relic of Samsung's mobile history. And really, the only other thing I've been able to discern about it is that it seems pretty good at content streaming over 5G -- I could live with a corner notch for the right data speeds.

In this article: 5g, cornernotch, galaxys10, gear, mobile, notch, qualcomm, samsung
All products recommended by Engadget are selected by our editorial team, independent of our parent company. Some of our stories include affiliate links. If you buy something through one of these links, we may earn an affiliate commission.