OnePlus's CEO is working to keep its 5G smartphone under $1,000

As it commands more clout, OnePlus plans to stick to its roots.

OnePlus built something of a minor smartphone empire by building cheap flagship phones, and that trend just might continue as it ventures into 5G territory. In an interview with Engadget, OnePlus CEO Pete Lau said he would do his best to make sure the company's first 5G phone available to customers for under $1,000. If true, that means OnePlus would be able to offer access to ultra-fast data speeds for less than the price of a standard, 2018 flagship smartphone.

That's a big deal any way you look at it, but the reality of the situation might even be easier on your wallet than that. While the company isn't quite ready to talk final prices yet, Lau mentioned (with the help of an interpreter) that he personally wants to keep the 5G premium to around $2-300 — that would mean that 5G device could cost between $750 and $850 when it launches.

To be clear, that's relatively pricey for a OnePlus phone, but still plenty competitive for a flagship device. And for now, at least, Lau's comments provide one of the first glimpses into smartphone pricing as we begin to step into the 5G era. The new components needed to make phones compatible with 5G are (perhaps obviously) more expensive than the bits you'll currently find in smartphones, though it has been difficult to tell exactly how much more expensive. Samsung, the company producing the first 5G smartphones for Verizon and AT&T, hasn't talked about price yet, and neither have the carriers involved. It still feels a bit like we're in the Wild West of the 5G era — not that the laconic Lau is particularly worried.

That's made more interesting by the fact that OnePlus — and by extension, Lau — have made almost startlingly big steps forward in recent months. With the launch of the OnePlus 6T, the upstart hardware maker landed its first US carrier deal with T-Mobile, gained a crucial certification from Verizon, and partnered with UK carrier EE to launch the first 5G phone in Europe next year. Just like that, OnePlus isn't just a company that makes cheap flagship phones — these announcements give it a level of clout it never had before. As far as Lau is concerned, though, the impact on the team and its underlying priorities has essentially been nil.

Update 12/6/18 4:57AM ET: Due to an internal miscommunication, OnePlus actually meant its 2019 flagship will be one of the first smartphones -- instead of being the very first -- to pack a Snapdragon 855 chipset. This article has been updated to reflect this correction.​​​​​​​ 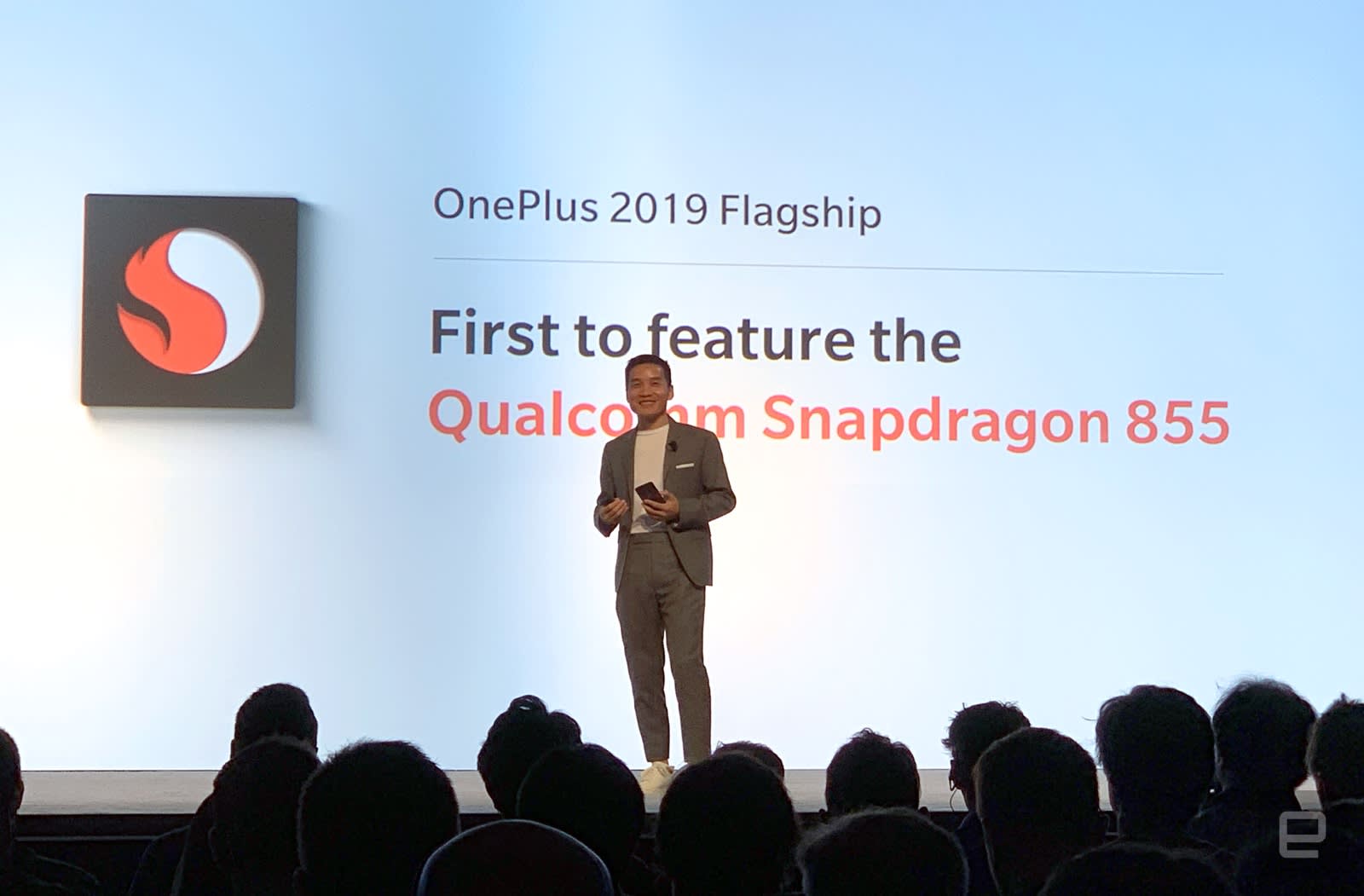 "First and foremost, we're centered on getting the product right and focusing on our users," Lau said, before adding that the company would continue its flagship-only focus. As it happens, "getting the product right" has some very specific connotations inside OnePlus — Lau pledged that the future 5G OnePlus phone would feature a design that was as sleek as existing devices like the 6T, mostly because the company didn't want to alienate its long-time fans. Of course, that's not to say Lau will necessarily stick to business as usual while navigating the company into these new waters. He's fascinated by the idea that these devices are becoming "smarter," and with that boost in intelligence comes a potentially game-changing shift in how we actually interact with our phones.

"You should be able to feel that you can use [your phone] in a traditional sense, less," he said. "The device should be capable of doing more things for you their behalf without needing to necessarily interact with it." That process of heightening a device's intelligence comes as a result of persistent, high-speed 5G data connections and the hardware-level machine learning improvements found in the Snapdragon 855, and Lau said that a more pronounced focus on AI was the "larger direction" OnePlus was moving in.

While OnePlus has largely stuck to an understandable formula since launch — sell high-end components for a mid-range price — the company seems to be on the verge of even greater performance. Not bad for a company that only released its first phone four years ago. And thankfully, we won't have to wait too long to take the world's first Snapdragon 855 phone out for a spin. Publicly, Lau has said that the company is broadly targeting the first half of 2019 for an official launch. That said, when asked whether OnePlus would push out its 5G phone around Mobile World Congress, Lau and his translator said that the time period I was guessed was "close to on-point."