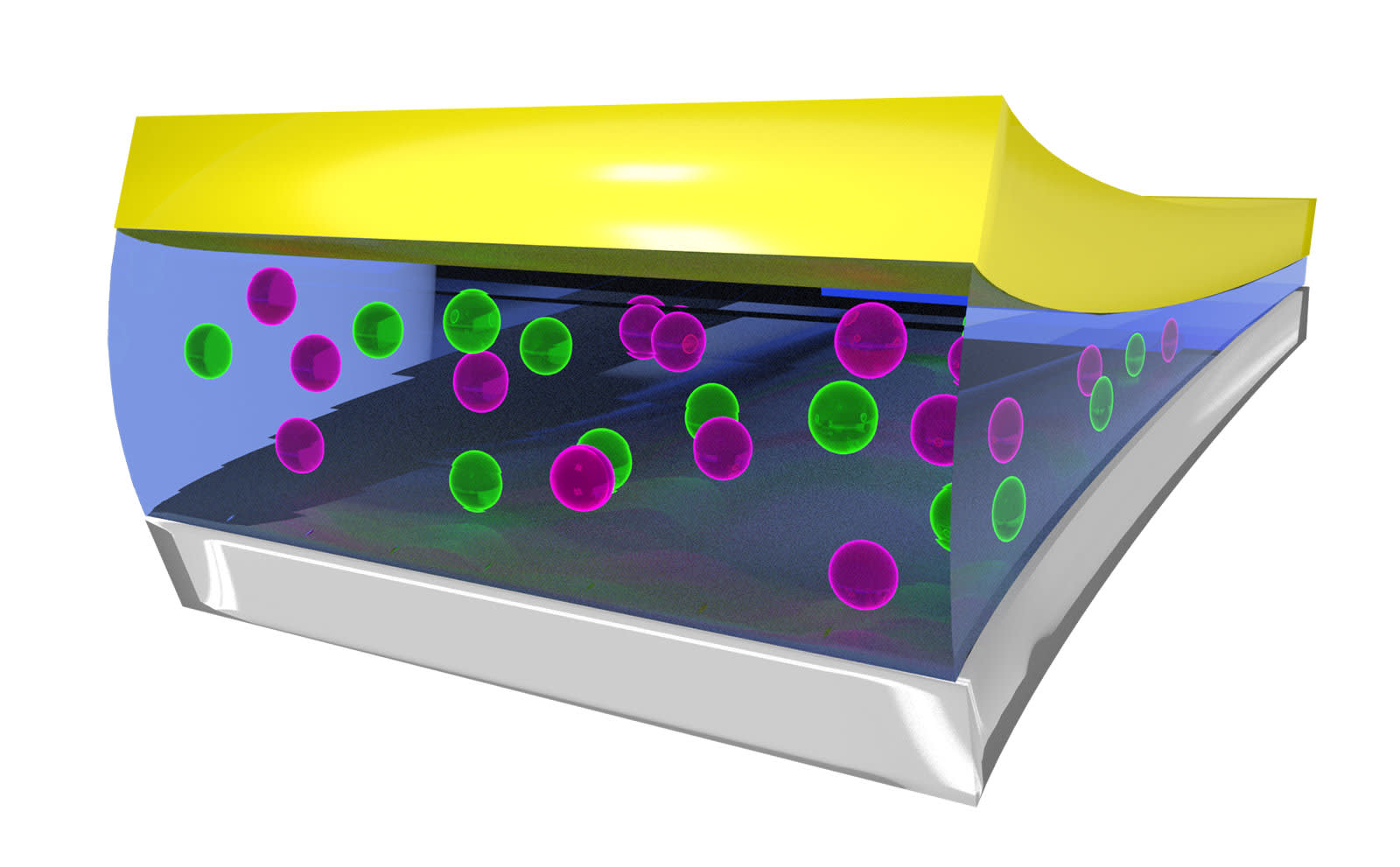 Researchers have announced a new battery breakthrough that focuses on the negative. Rather than using lithium, the most electro-positive element on the periodic table, they used fluoride, the most electro-negative. It can store more energy than its lithium doppelgänger, but until now, batteries needed to run hot at 150 degrees Celsius or more. Honda, Caltech and NASA scientists discovered a way to make it work at room temperature, which could eventually yield more energy dense and environmentally safe batteries for EVs and other devices.

Fluoride-ion batteries essentially work in the opposite direction of lithium-ion cells, attracting electrons instead of shedding them. Fluoride (the ionized version of fluorine) is an interesting battery material because it has a low atomic weight and very high capacity to store electrons. However, to do that, you have to dissolve the fluoride ions into an electrolyte, and researchers have found that it only works with solid electrolytes heated to high temperatures.

To get around that, the Honda/NASA/Caltech team created a liquid electrolyte called BTFE that allows fluoride to dissolve at room temperature. With two positively-charged regions, it exploits the "opposites attract" principle, reacting strongly to negatively-charged fluoride.

The scientists paired the electrolyte with a copper, lanthanum and fluorine to create a prototype battery capable of reversible chemical reactions (aka recharging) at room temperature. All told, the batteries have the potential for ten times the energy density of lithium-ion batteries, and would have a "more favorable environmental footprint," according to Honda.

However, we've heard this sort of thing many times before, so the usual caution and caveats apply. For instance, the team still has to figure out how to stabilize the anodes and cathodes, which tend to dissolve completely into the electrolyte. They're making some headway, though and further testing is currently underway -- so hopefully we won't be disappointed yet again by batteries that work great in labs but not cars.

In this article: Battery, EnergyDensity, FIB, Fluoride, green, Honda, JPL, NASA, tomorrow
All products recommended by Engadget are selected by our editorial team, independent of our parent company. Some of our stories include affiliate links. If you buy something through one of these links, we may earn an affiliate commission.