The Rivian R1T "adventure vehicle" made headlines and dropped jaws when it was revealed at the 2018 LA Auto Show last month, namely because nobody has ever really tried to make an all-electric pickup for the US market before. Much less one with more than a 400-mile range. That capability is due to the vehicle's gargantuan power pack with capacities up to 180 kWh -- 80 percent larger than today's biggest batteries.

Building the biggest battery on the market and making it rugged enough to handle the rigors of offroading is no mean feat, argues Richard Farquahr, Rivian's VP of Propulsion. The company employs a team of more than two dozen battery and energy storage engineers to figure out how to pack as much power into those cells and release it as fast as possible.

"We're giving our customers as much energy and range as possible," Farquahr told Engadget. "That was where we started, what we want to give our customers, in terms of experience."

To that end, the design team focused on maximizing the battery's volumetric energy density. Each module consists of two layers of tightly packed, cylindrical cells separated by a dedicated "cold plate." These packs are individually wrapped in a non-metallic lightweight material and the cells within are bonded together using structural adhesives, "so that it's strong, but it's lightweight in the directions that we need it," Farquahr explained.

The 105 and 135 kWh power plants each use nine modules, the 180 kWh utilizes a total of 12. This design has resulted in Rivian's batteries being able to hold 25 percent more energy per unit volume than its nearest competitor, the Tesla Model X, according to the VP.

To keep the system from overheating, especially under heavy driving conditions, the vehicles require significant cooling capabilities. As such, each of those aluminum cold plates in between the cell layers runs on the same water-glycol solution that you'd find in a vehicle's radiator. "The flow has been optimized to make sure the maximum temperature difference between the hottest and coldest cell of the pack is less than three degrees," Rivian CEO RJ Scaringe told Wired in November.

And, as anyone who's tried to start their car in sub-freezing temperatures can attest, extreme cold can be just as bad for batteries as high temperatures. Luckily, the R1T utilizes its cloud-based machine learning capabilities to monitor and adjust the vehicle's performance and efficiency on the fly, it can also sense the surrounding environmental temperature. When the mercury drops too far, the system activates its onboard heating elements to preserve the cells' remaining charge. 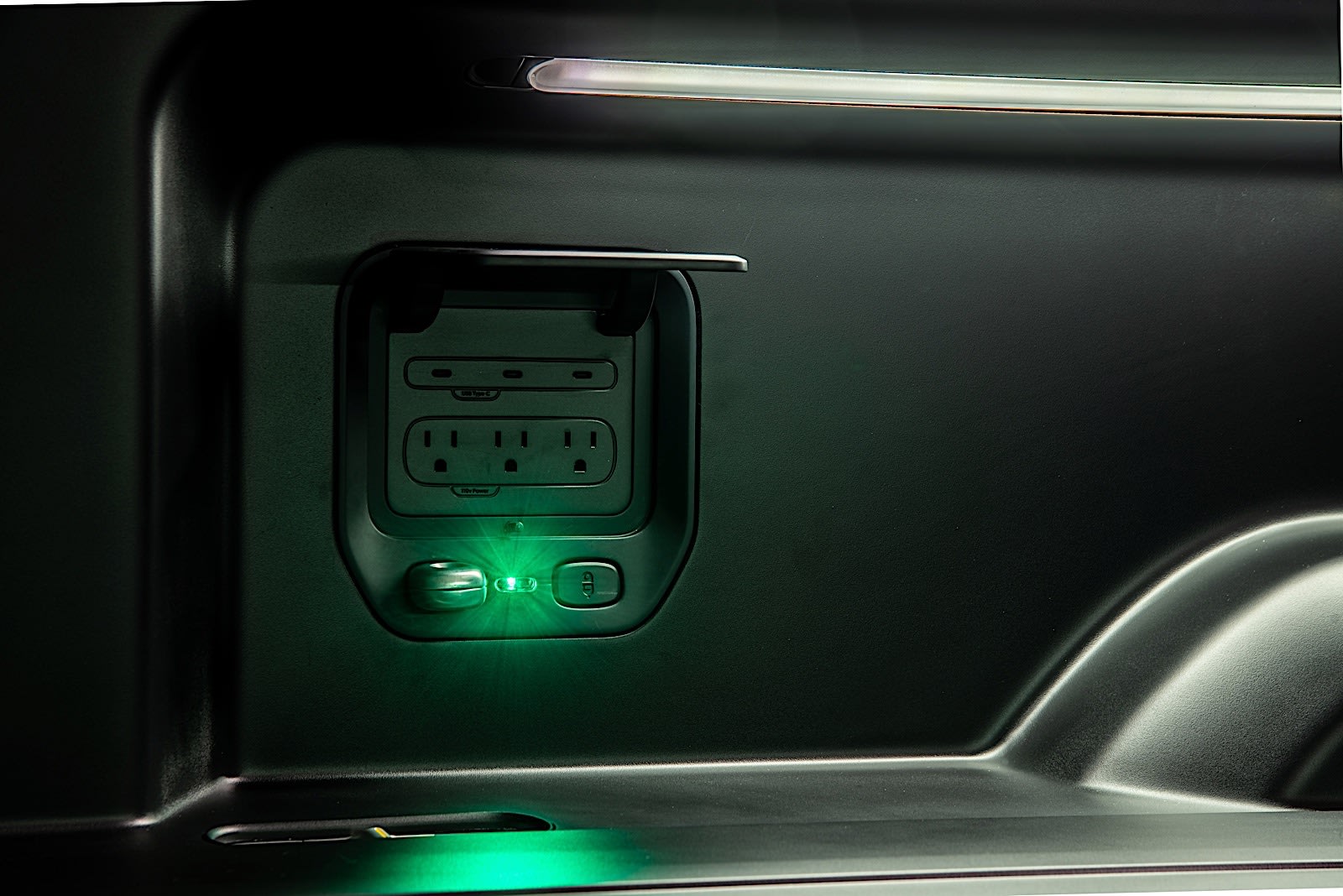 "We know that there is an optimum temperature for the cell to have most efficient use of energy to get range, and to optimize the life, the energy throughput, the life of the cell," Farquahr explained. "With the heater and chiller in the battery dedicated circuit, we can maintain the optimum temperature no matter where we are in the world, so that the vehicle will have optimum performance."

Beyond keeping the battery from slagging itself while you smoke every car off the stop line, Rivian's engineering team also had to take into consideration the R1T's primary intended use: off-roading. Because the last thing you want while bouldering is for a tire to slip and smash the full weight of the vehicle down on top of the battery pack, which is situated along the bottom of the skateboard-style frame, potentially puncturing it.

This is why the bottom of the battery is lined with a ballistic sheet. "It's a protection against those impacts, if they were to come along from underneath," Farquahr said. Additionally, the battery casing is lined with a waterproof material, which keeps the cells safe when fording up to a meter of river.

Perhaps the only drawback of the Rivian's all-electric nature is that there is no way to recharge the vehicle while in the backcountry. Sure the R1T is DC Fast Charge compatible, but that doesn't do you any good when you're 70 miles as the crow flies from the nearest charging station. And while you can easily carry a couple extra emergency gallons when driving an internal combustion vehicle, no equivalent backup currently exists for EVs -- I don't care what you saw on that one episode of Breaking Bad. Fingers crossed that future models come with optional, deployable solar panels to give the vehicle at least enough juice to get back to the interstate.