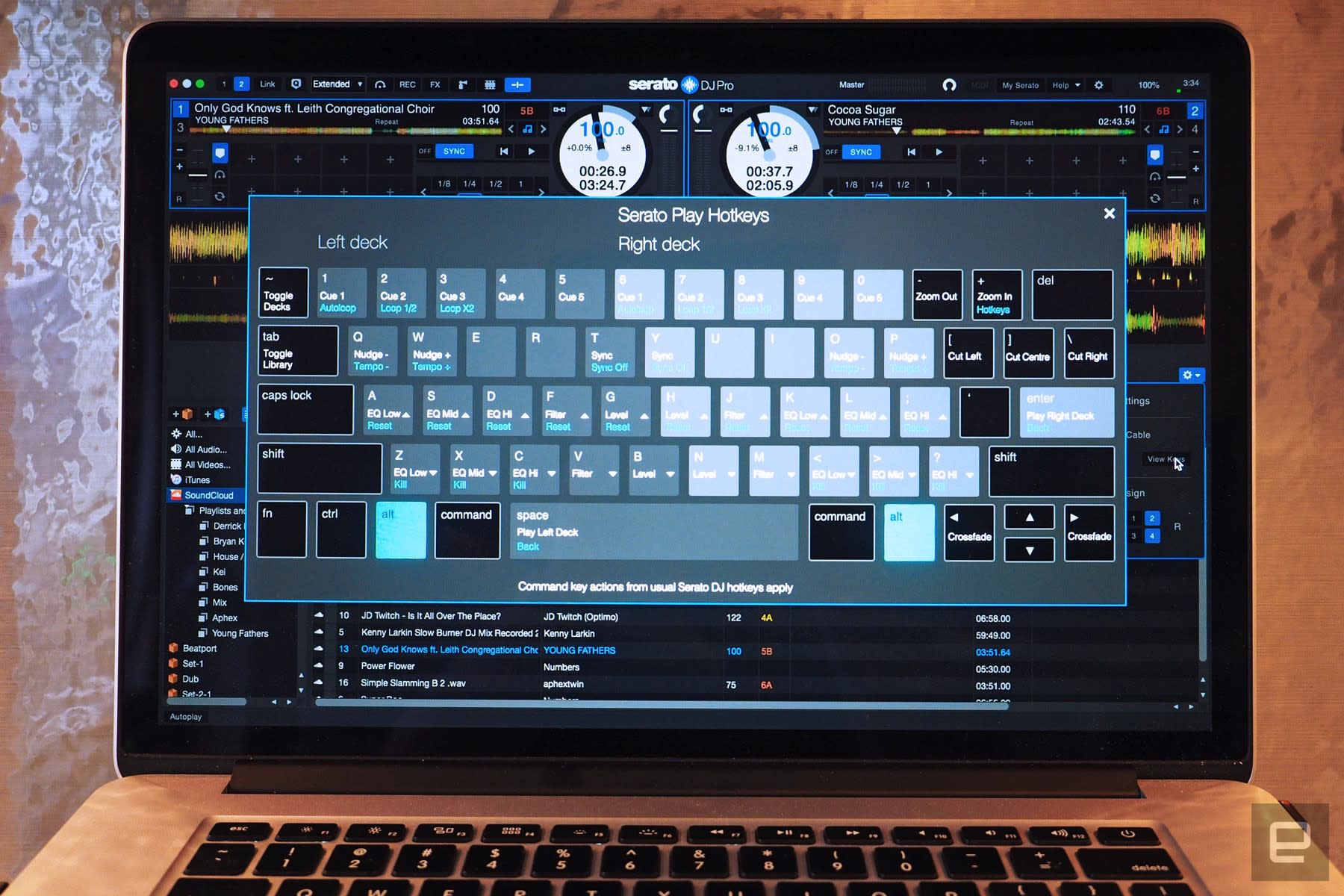 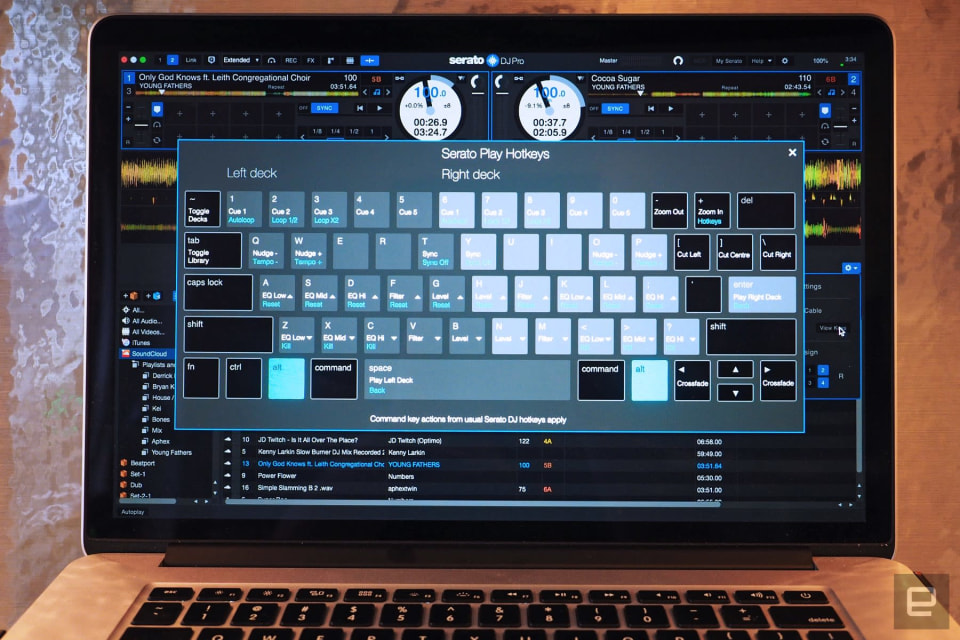 Serato DJ's latest Pro 2.1 and Lite 1.1 software updates have been in public beta for a couple of months, but today those final versions go live. Included with these updates are the addition of SoundCloud and Tidal streaming services right from your library, which is a big step forward for expanding your repertoire on-the-fly. The Serato Play expansion pack ($39) is also now an option, which provides controller-like tools on your keyboard, four decks, a row of filter knobs and headphone splitter capability, so you can finally do proper sets without connected hardware (if you really need to).

The addition of streaming services to the Serato library is a welcome update, since the demise of Pulselocker last year, which had filled that need before. You'll have to have the requisite paid accounts, SoundCloud Go+ ($10/month) and Tidal Premium ($10/month) in order to access them. An Internet connection is also required, as neither of the options have an offline mode right now.

SoundCloud's unique roster of artists, pre-release content and selection of new producers listing homegrown tracks makes it a great service for staying on the bleeding edge of what's out there. When SoundCloud is selected in settings and you've signed in, you'll see a folder in your library with all of your existing playlists. Unfortunately, you'll need to use the app to manage them, since Serato doesn't support it locally. You're also restricted from moving any of these streaming files into a playlist alongside local files. 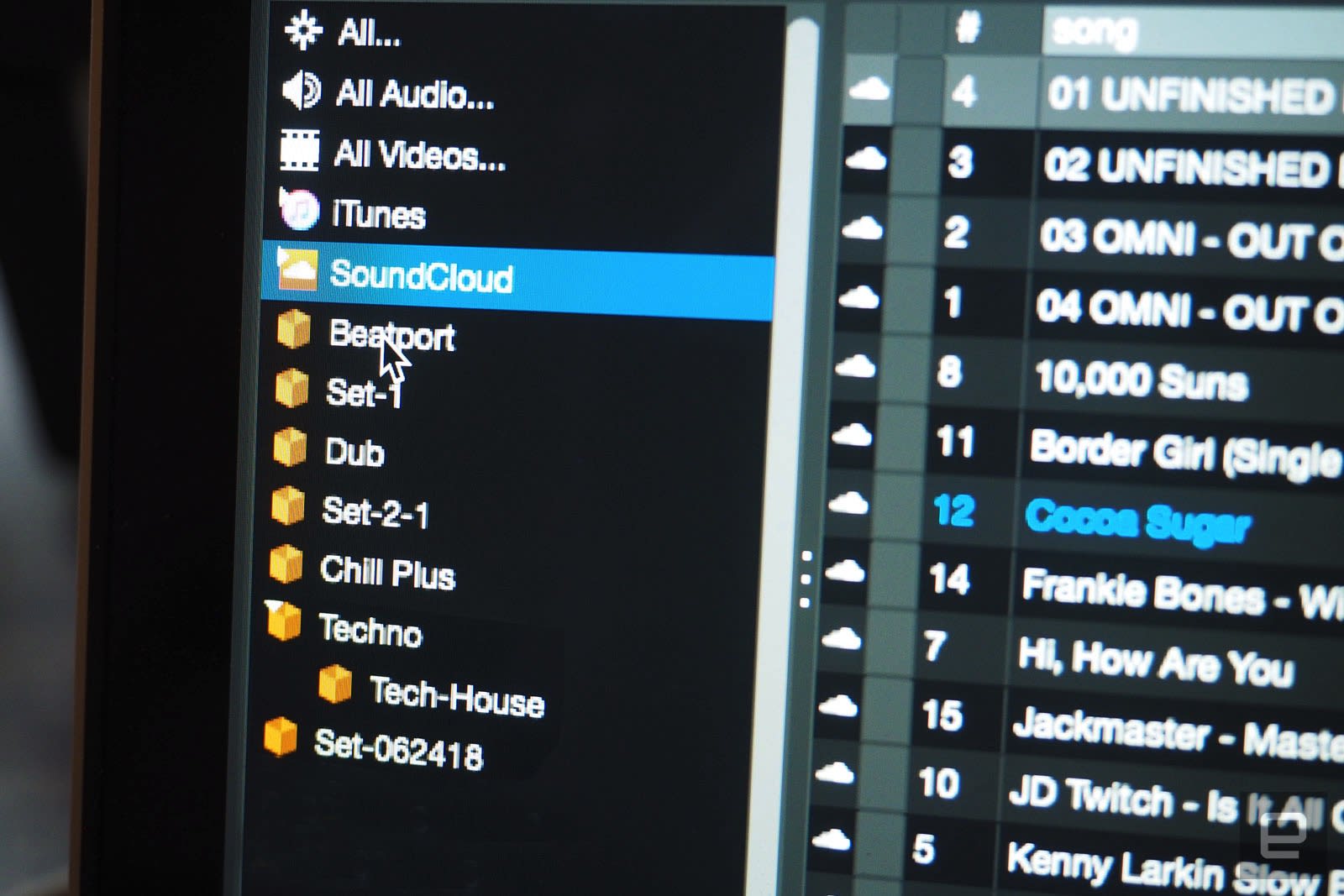 It's easy to check the site for any track you want, just select the SoundCloud icon next to the search field. When looking for tracks by techno DJ and producer Frankie Bones, though, I found that artists do have the ability to opt-out of the third-party API. This is likely the case if you fail to find what you're looking for, even when you can see it available on the app or website.

Tidal streaming also comes with the new Serato DJ update, but as DigitalDJTips notes, you can't currently select this with SoundCloud enabled at the same time. They also mention that Tidal playlist management is supported locally within Serato. But just like SoundCloud, you won't be able to mix these streaming files with any local crates or playlists.

Today's live launch for 2.1 Pro (and 1.1 Lite) also brings the new Play expansion pack. There are several useful tweaks here to help DJs without a controller perform a proper set. A new layout icon appears at the top, which can toggle a row of EQ and filter knobs -- something that's been lacking for computer-only performing on Serato for quite a while. On that row, there's also a settings icon, which gives you a way to enable both a split headphone output (so you can have a cue channel alongside the master out) and controller-like hotkeys on the keyboard. 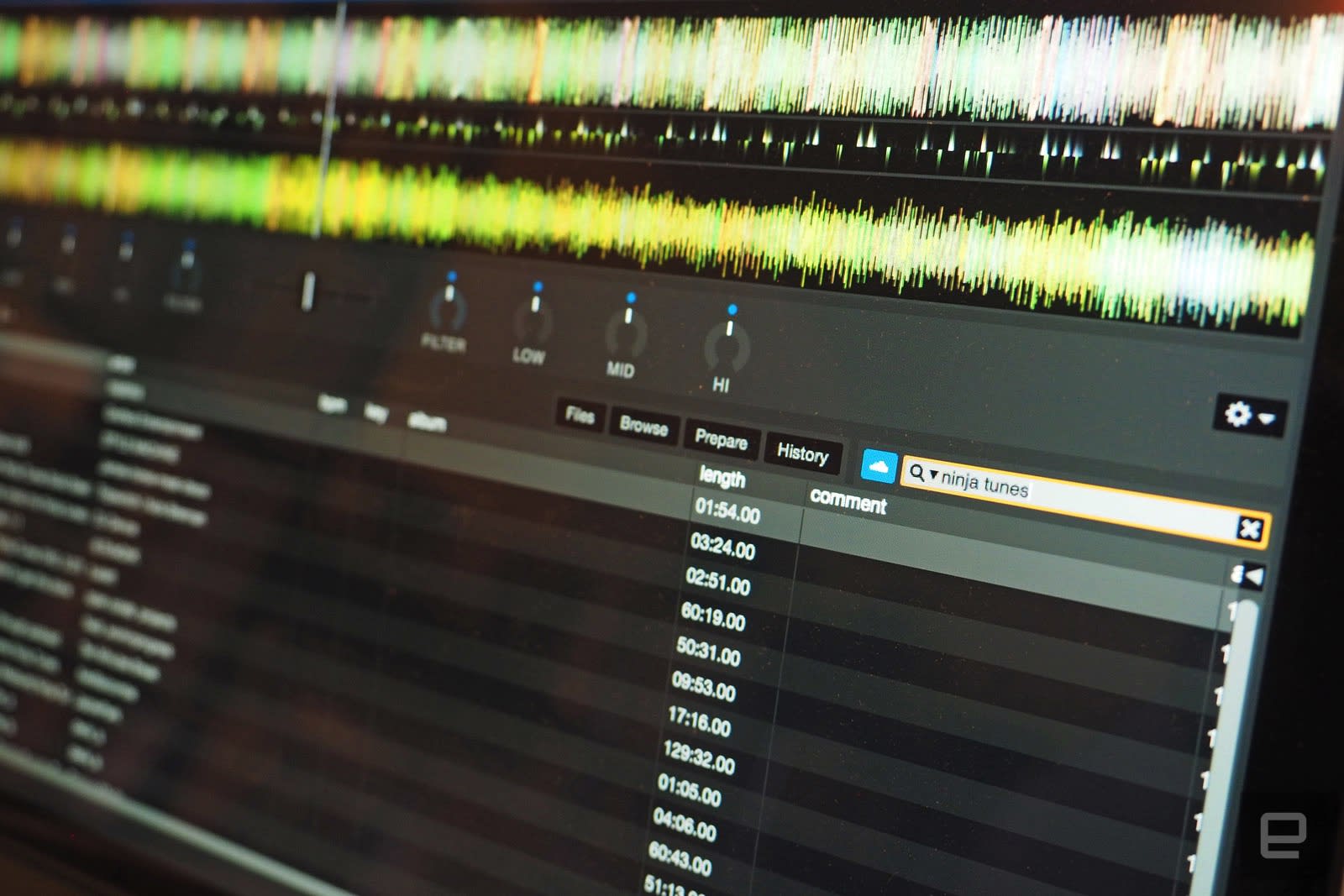 Using the keyboard, you can access cue segments, loops, EQ & filters, play or pause tracks on both decks, crossfade and more. You also get four decks to play with. The headphone splitter works with an external cable, so it doesn't seem that you'll be able to hear either the cue, program or mix of both inside your headphones at the same time. Still, this obviates the need for a controller if you're adept at the key controls and like to travel light. Plus, if you show up to a venue with a faulty controller and mixer, you've got a solid backup plan.

In this article: av, DJ, DjController, DjSoftware, entertainment, expansionpack, gear, mobile, serato, SeratoDJLite1.1, SeratoDJPro2.1, services, SoundCloud, SoundCloudGo+, streamingservices, Tidal
All products recommended by Engadget are selected by our editorial team, independent of our parent company. Some of our stories include affiliate links. If you buy something through one of these links, we may earn an affiliate commission.