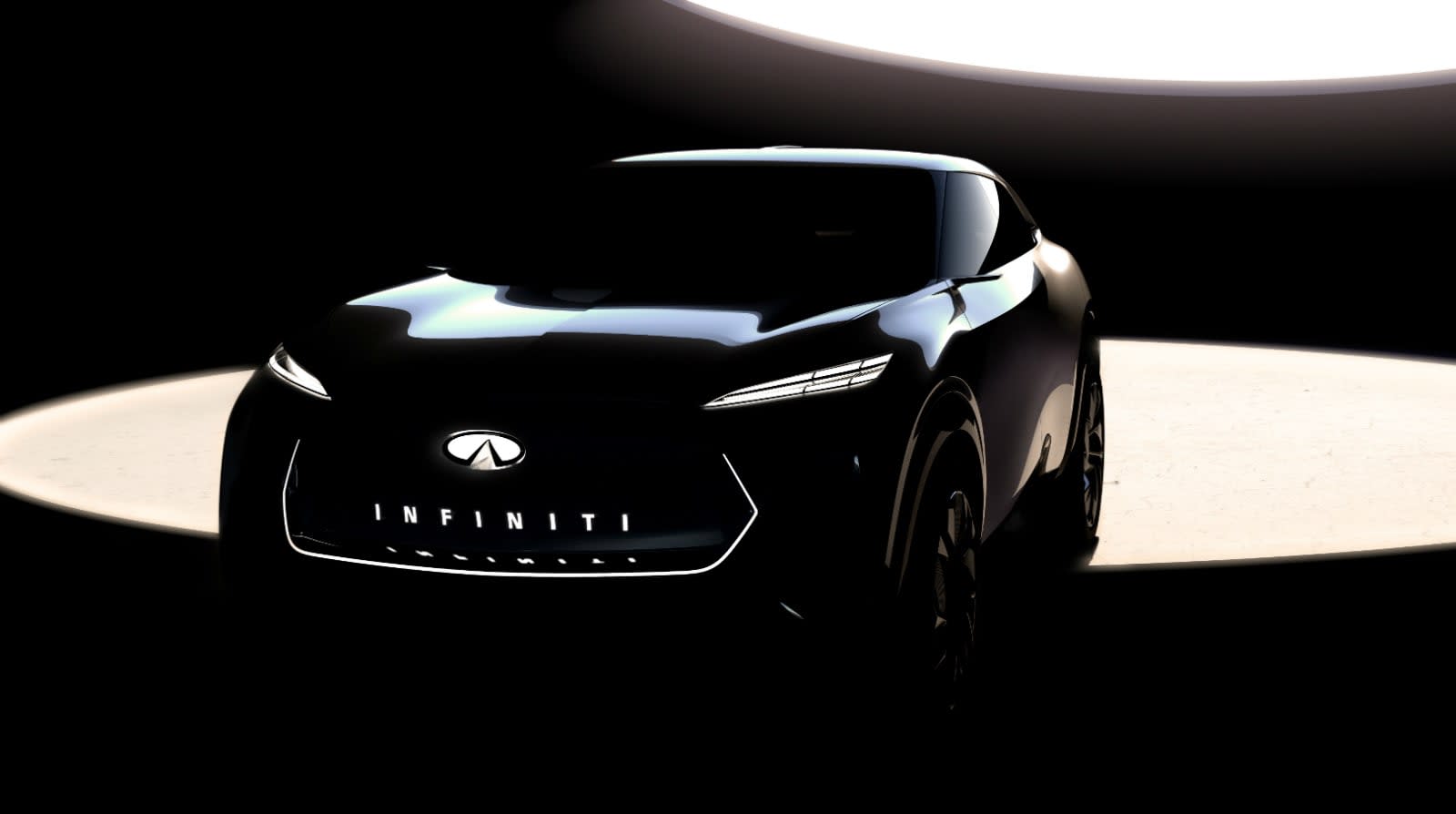 Nissan's Infiniti will mark its 30th birthday next month by unveiling its first all-electric crossover at the place where it all began for the luxury car brand: the North American International Auto Show (NAIAS) in Detroit. The crossover will give the world the first look at Infiniti's design framework for future EVs in line with its plans to electrify its entire portfolio from 2021 onwards.

This all-electric vision will boast a mix of pure electric cars and e-POWER vehicles -- essentially EVs that use a gasoline engine to power the batteries -- said Nissan CEO Hiroto Saikawa at NAIAS in January. By 2025, it's hoping that more than half of its new cars sold globally will be electric.

The new EV will draw from two lauded Infiniti concepts: the Q Inspiration luxury sedan and the retro Prototype 10 racer, both of which were revealed this year. "These elements will come together to provide the clearest vision yet of the future of INFINITI in an era of electrified design," teased the company in its latest announcement.

We also know that the Q Inspiration -- complete with a shorter front end and larger cabin, thanks to its compact VC-Turbo internal combustion engine -- will serve as the basis for Infiniti's new electrified platform, expected to launch within five years.

"The concept car we will show in Detroit is the beginning of a new era for Infiniti, and an illustration of where we want to go with the brand," said Karim Habib, executive design director at Infiniti. "Electrification and other new technologies have given us the opportunity to evolve our design philosophy." That means new exterior and interior proportions, more space inside, and assistive tech, boasts the company.

Infiniti's 2021 deadline for its first all-electric vehicle already puts it behind almost every other auto-maker. But it sounds like it's finally ready to bust out of the design stages and concept areas to do something real.

In this article: crossover, ElectricVehicle, ElectricVehicles, ev, gear, infiniti, Nissan, transportation
All products recommended by Engadget are selected by our editorial team, independent of our parent company. Some of our stories include affiliate links. If you buy something through one of these links, we may earn an affiliate commission.