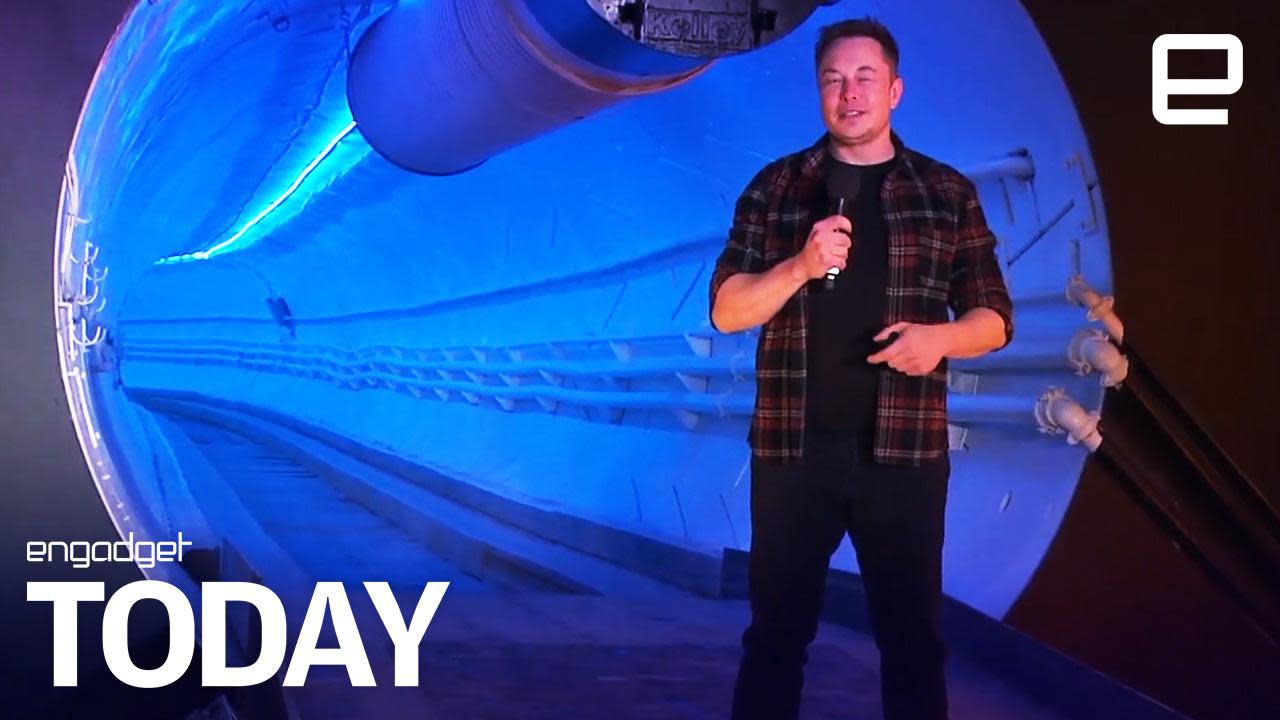 Tonight The Boring Company hosted a launch event for the test tunnel it successfully built in LA running from SpaceX's property to "O'Leary Station" at a reported cost of about $10 million. In tweets, he showed off a Model X equipped with gear that guides the car between elevators at each end of the tunnel, where it then simply drives right back onto the road. The rig itself is really just a set of wheels, and TechCrunch reports that Musk said during a media briefing that they will be available as an aftermarket add-on for $200 to $300.

Attendees have ridden the setup, with Electrek calling it "surprisingly bumpy" and CNN noting it mostly traveled at around 35 MPH. As Musk described it during his speech, it's "like a highway system underground, basically." By moving the cars along at speeds much faster than they're allowed to go on public roads with small "offramps" that bring them back to the street he suggests it could solve traffic congestion problems.

According to Musk his contraption is capable of safe travel at over 150 MPH that makes it feel like "teleporting" within the city. It also can carry more than just Teslas, of course, and Musk said it applies to any "autonomous, electric car" that you might have. While that description only really fits Tesla vehicles at this point, the idea is apparently that electric vehicles will drive themselves along the track at high speeds right along with cars "dedicated to pedestrians and cyclists."

Musk said "eventually" he expects to connect these "Loops" to Hyperloops with high-speed capsules, but left discussion of that for another time.

This can be applied to any autonomous, electric vehicle, not just Tesla

The demo ride takes you in *same* car on road, down elevator, zips through tunnel using guide wheels, up elevator at destination & then drives on normal roads back to start

In this article: boringcompany, elonmusk, gear, hyperloop, LA, LosAngeles, MassTransit, subway, Tesla, TheBoringCompany, tomorrow, transportation, tunnel
All products recommended by Engadget are selected by our editorial team, independent of our parent company. Some of our stories include affiliate links. If you buy something through one of these links, we may earn an affiliate commission.