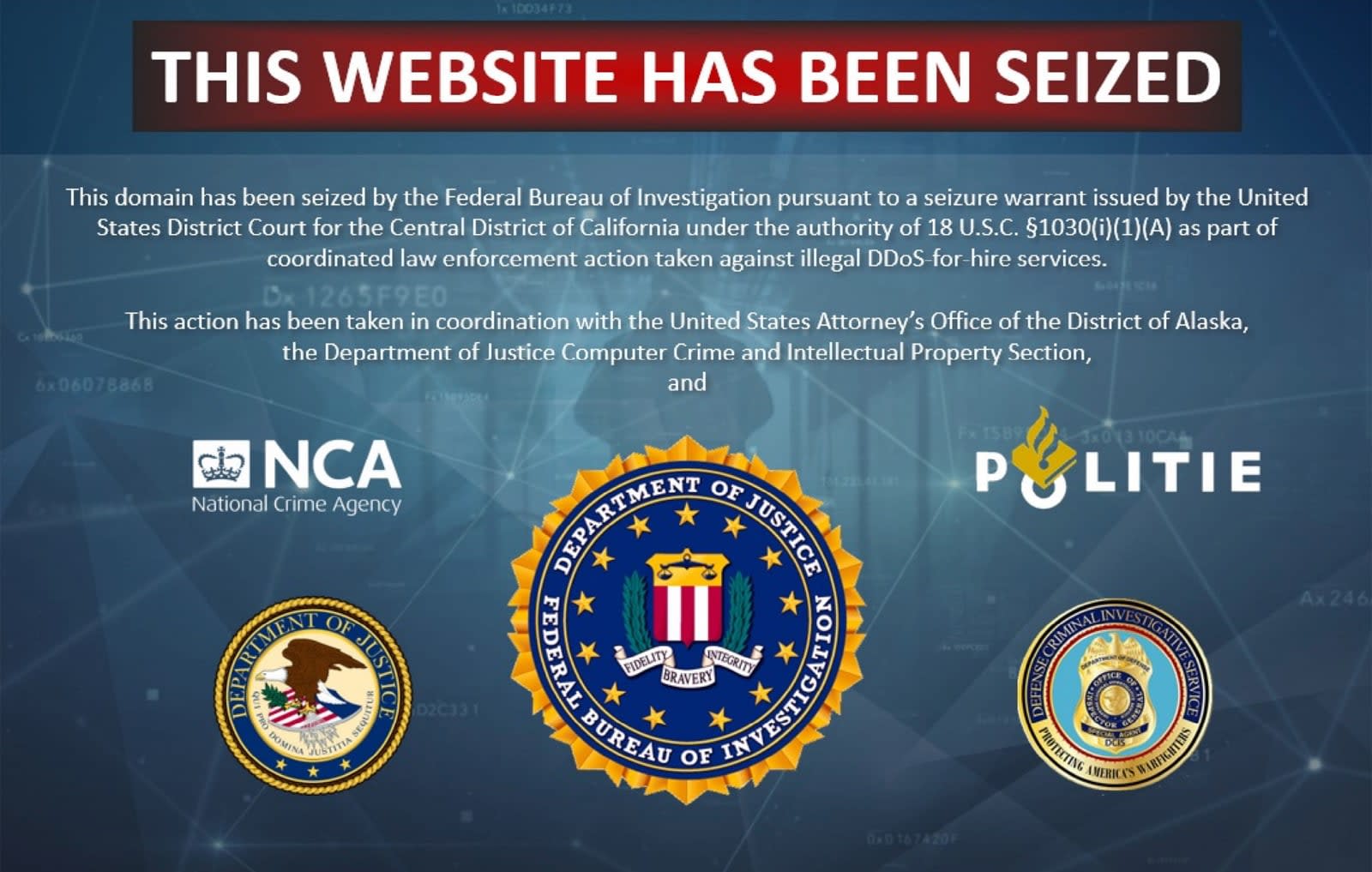 Federal law enforcement appears determined to prevent the distributed denial of service attacks that have ruined the holidays of gamers (and others) in the past. The FBI has seized the domains of 15 DDoS-for-hire services, including relatively well-known examples like Downthem and Quantum Stresser. It simultaneously charged three people operating these sites. Matthew Gatrel and Juan Martinez face charges for allegedly conspiring to violate the Computer Fraud and Abuse Act for running Downthem and Ampnode, while David Bukowski has been accused of aiding and abetting computer intrusion for running Quantum Stresser.

The sites were some of the largest available. The Justice Department noted that Quantum Stresser had over 80,000 subscriptions at the end of November, and had been used for 50,000 "actual or attempted" attacks around the world.

The move is likely to be welcome, but it's not without some controversy. The seizures and charges suggest that running a DDoS-for-hire service can sometimes be illegal by itself, even if it's potentially useful for security researchers testing site resilience with explicit permission. Operators have usually argued that they're in the clear due to disclaimers telling customers only to launch attacks with permission. With that said, there's little doubt many services issue those warnings with a wink and a nudge -- they know attackers often target innocent people. The crackdown is much a warning to other would-be DDoS peddlers as it is an attempt to curb attacks in the short term.

In this article: booter, crime, ddos, ddosforhire, DepartmentOfJustice, downthem, fbi, gear, internet, JusticeDepartment, law, quantumstresser, security
All products recommended by Engadget are selected by our editorial team, independent of our parent company. Some of our stories include affiliate links. If you buy something through one of these links, we may earn an affiliate commission.