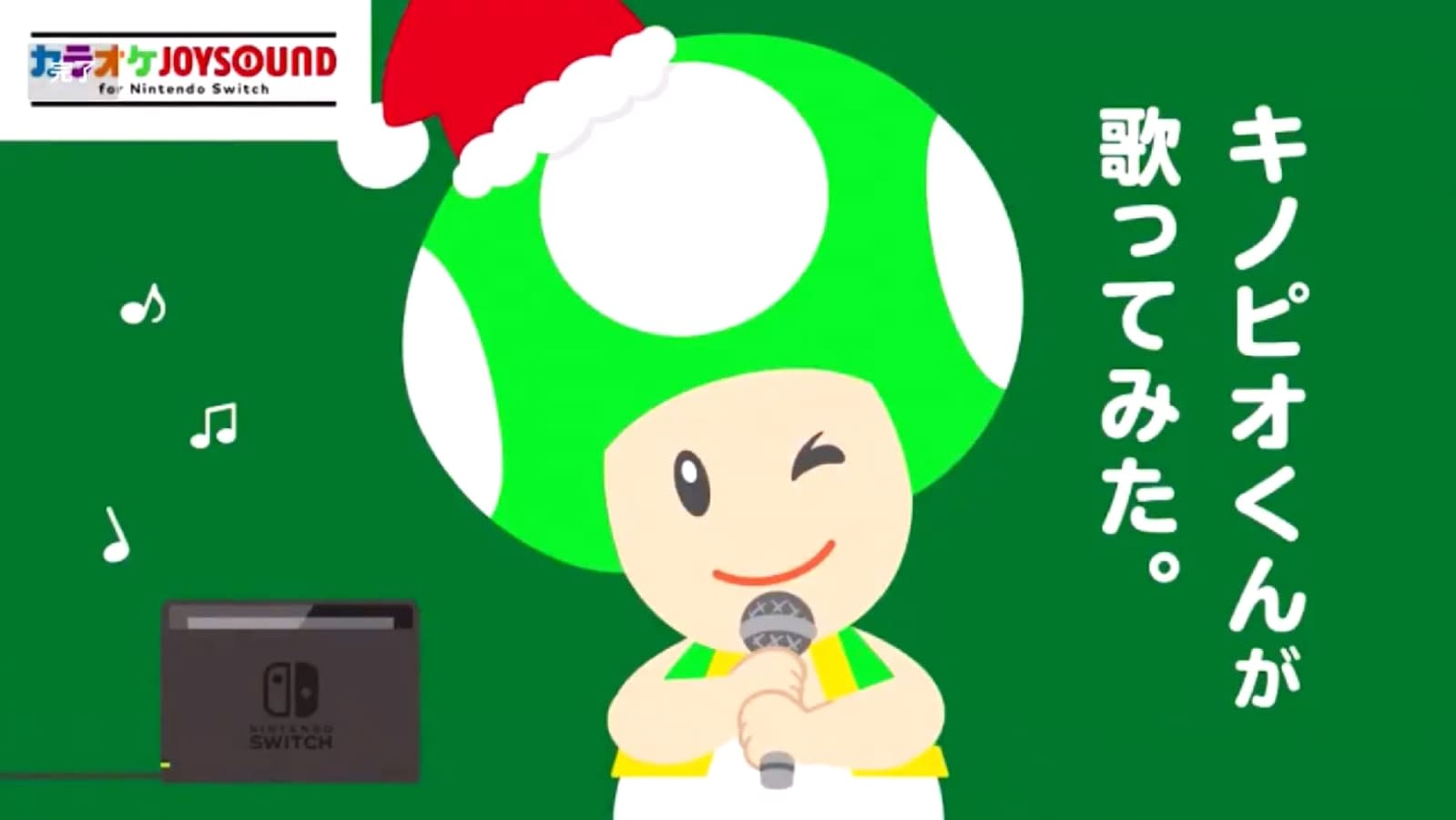 When it comes to Nintendo characters who you might expect to sing Christmas carols, Toad probably isn't at the top of the list. As adorable as he is in general, the Mushroom Kingdom resident doesn't exactly have a voice best suited to holiday songs.

Yet for a Christmas 'treat,' Nintendo released a video of Toad singing screeching "Hark, the Glad Sound" (which sounds like "Joy to the World") in Japanese. The clip appeared on Nintendo's official Line channel this week, but it's so bad that some people couldn't help but spread the, uh, joy elsewhere.

If you cringed so hard you closed your eyes during the video, you might have missed that it brilliantly uses footage from Zelda: Breath of the Wild for its karaoke machine-style video. Yep, one of the most lauded games of the last few years has been reduced to stock footage (albeit for a gag, because this just has to be a joke).

Toad's painful vocals are perhaps not the best choice to help get you in the Christmas spirit -- Splatoon's Squid Sisters idol group or even Jigglypuff might have been stronger options. Still, it's at least nice to know Nintendo's thinking of us during the holiday season, and the clip might prompt a few people to hop back into Breath of the Wild.

In this article: av, breathofthewild, christmas, christmascarol, entertainment, gaming, nintendo, toad, zelda, zeldabreathofthewild
All products recommended by Engadget are selected by our editorial team, independent of our parent company. Some of our stories include affiliate links. If you buy something through one of these links, we may earn an affiliate commission.