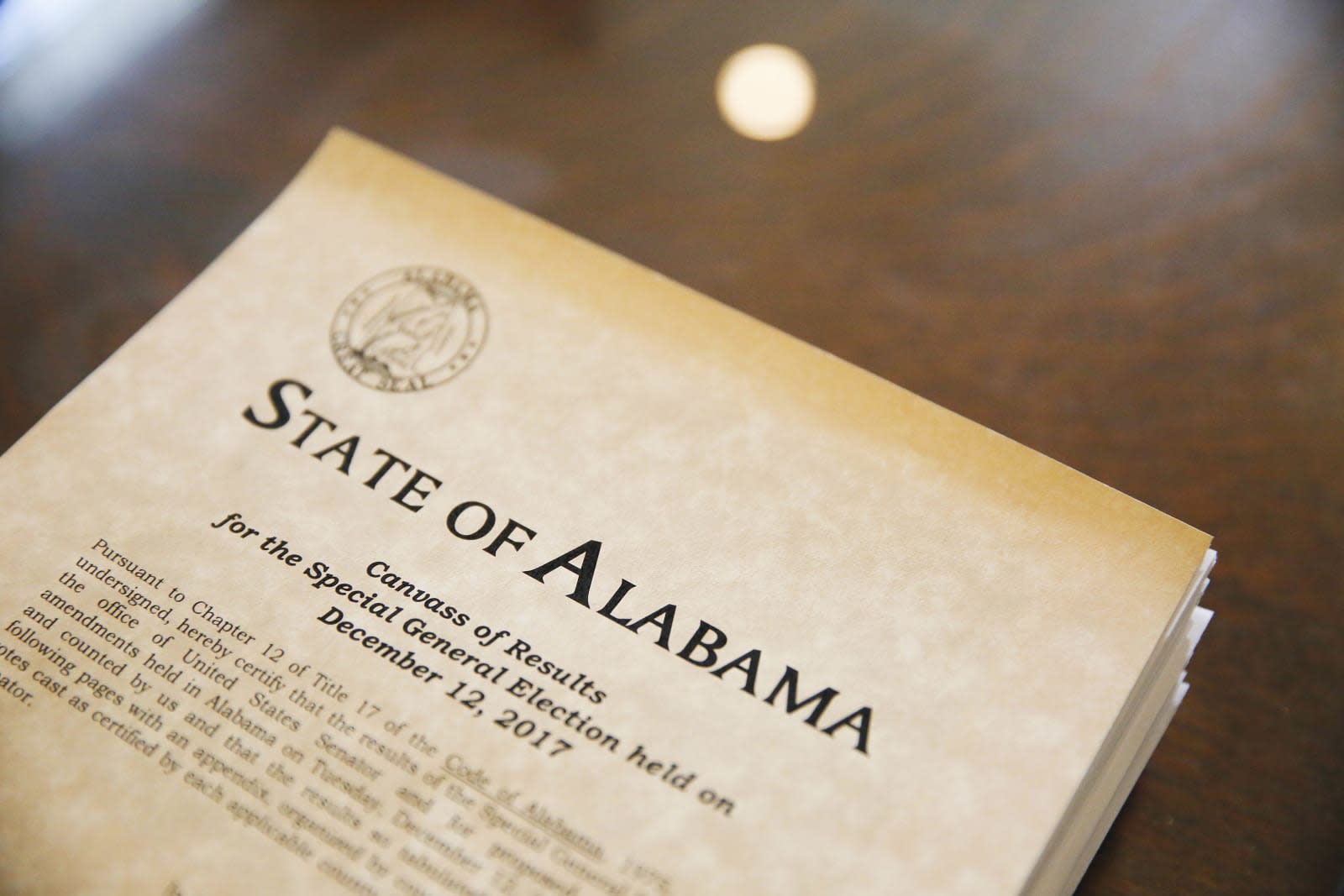 Facebook's attempt to thwart disinformation campaigns has typically focused on Russia and other hostile countries, but it's now grappling with that problem on its home soil. The site has confirmed to the Washington Post that it suspended five accounts for "coordinated inauthentic behavior" during the 2017 Alabama special election for the Senate, including the CEO of social media research company New Knowledge.

The suspensions came after Morgan acknowledged that he'd created a deceptive Facebook page aimed at conservatives, and had bought retweets on Twitter. Morgan argued that this was part of a research effort to see how online misinformation spread rather than a conscious effort to skew the election, but Facebook clearly didn't see it that way. It came alongside a larger internet-based effort to attack Republican controversial candidate Roy Moore by backing a write-in candidate and falsely claiming that Twitter bots were fueling Moore's support.

The suspensions are concerning for more than a few reasons. New Knowledge played an important role in the Senate report that showed how Russia meddled with the 2016 presidential election. None of the company's accounts or pages violated policies, according to Facebook, but Morgan's suspension doesn't the firm's credibility.

More broadly, it raises the question of whether or not internet giants are paying enough attention to domestic attempts at skewing elections. Senator Doug Jones, the winner of the Alabama election, called for the Federal Election Commission and the Justice Department to investigate the incident with a warning that disinformation could happen at home. "People in this country could take the same playbook [as Russia] and do the same damn thing," Jones said. The suspensions are a start, but they also come just over a year after the vote, or well after they were immediately relevant.

In this article: alabama, AlabamaSenateRace, corruption, disinformation, election, facebook, gear, government, internet, newknowledge, politics, republicans, roymoore, senate, socialnetwork, socialnetworking
All products recommended by Engadget are selected by our editorial team, independent of our parent company. Some of our stories include affiliate links. If you buy something through one of these links, we may earn an affiliate commission.