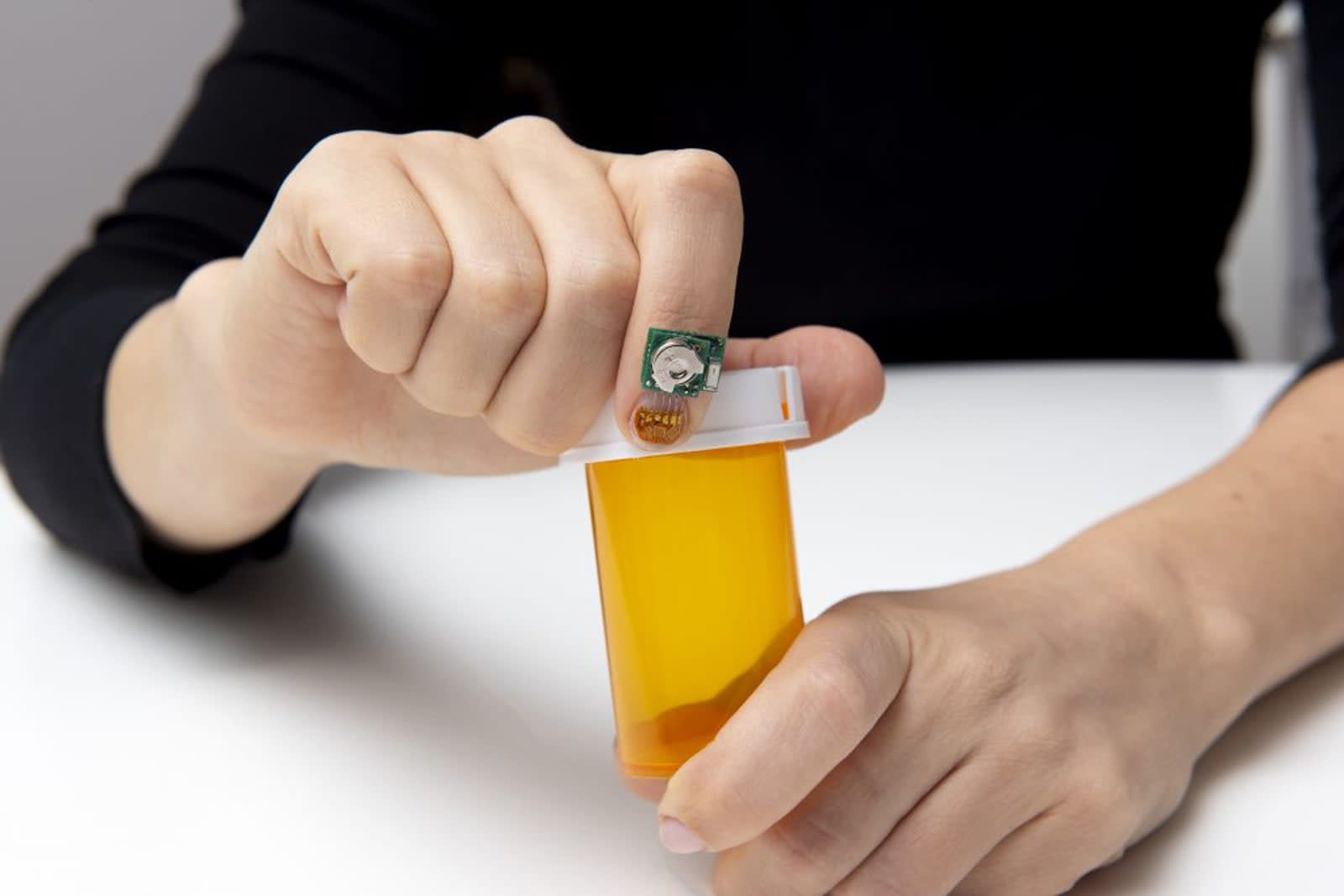 The strength of your grip can frequently be a good indicator of your health, and not just for clearly linked diseases like Parkinson's -- it can gauge your cognitive abilities and even your heart health. To that end, IBM has developed a fingernail sensor that can detect your grip strength and use AI to provide insights. The device uses an array of strain gauges to detect the deformation of your nail as you grab objects, with enough subtlety to detect tasks like opening a pill bottle, turning a key or even writing with your finger.

From there, the sensor sends its data to a smartwatch (in this case an Apple Watch) where the AI kicks in. Machine learning on the watch can detect various signs of Parkinson's, such as tremors, bradykinesia (slow starts to voluntary movement) and dyskinesia (reduced voluntary movements). IBM added that it can use a neural network to accurately detect finger-written digits, which could help identify health issues associated with cognitive functions and motor skills.

While the sensor was initially developed with Parkinson's in mind, IBM clearly sees a range of uses that could include detect the development of numerous diseases as well as the effectiveness of treatments meant to slow those conditions. It has also served as the foundation of a communication device for quadriplegics. There's no mention of when this sensor could become a practical reality, but it at least makes sense. Skin sensors are frequently problematic for older people, whose hands and arms might be relatively fragile. A nail sensor would sit on a relatively safe area where you don't have to worry so much about removal or a loose fit.

In this article: ai, fingernail, fingernails, gear, health, ibm, machinelearning, medicine, parkinsons, ParkinsonsDisease, schizophrenia, science, sensor, video, wearables
All products recommended by Engadget are selected by our editorial team, independent of our parent company. Some of our stories include affiliate links. If you buy something through one of these links, we may earn an affiliate commission.