Louis Vuitton's pricey smartwatch gets a big upgrade for 2019

Louis Vuitton has upgraded its extravagant take on Wear OS with Qualcomm's new chipset for wearables. The new LV Tambour Horizon smartwatch is now powered by the Snapdragon Wear 3100, the same chip that Qualcomm worked on for years with help from Google. Since one of the new chip's features is better battery life, the upgraded Tambour can now last one full day and up to five additional days if you're just using it to display time. 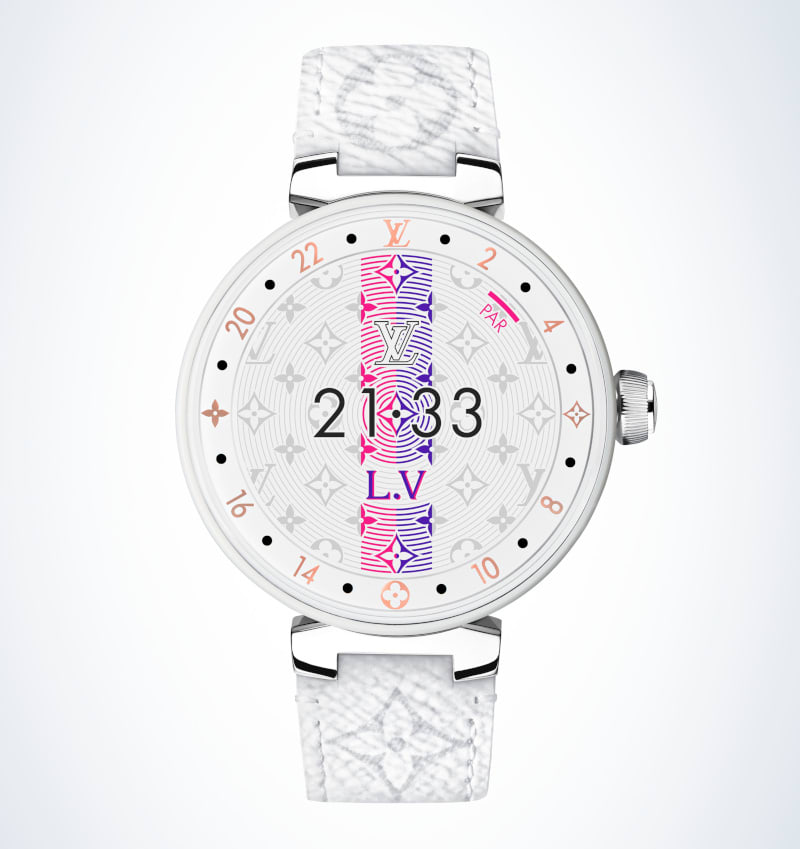 The designer has also equipped the device with an improved screen that boasts better definition than the previous version. Further, the model comes with a new 24-hour ring that has a day/night indicator across the rim, which will be visible even in ambient mode. If you'll recall, rich ambient mode is one of the Wear 3100's new features -- it displays time and information like heart rate or step count on the screen while using less power than the watch would if it's fully active.

In addition to upgrading its old Tambour Horizon designs and colors with the new chipset, LV has also added a white ceramic option. Unfortunately, the luxury company hasn't revealed its availability or pricing yet, but we doubt anybody expects it to be cheap. The old version will you back at least $2,490, and this model will likely be just as eye-wateringly expensive.