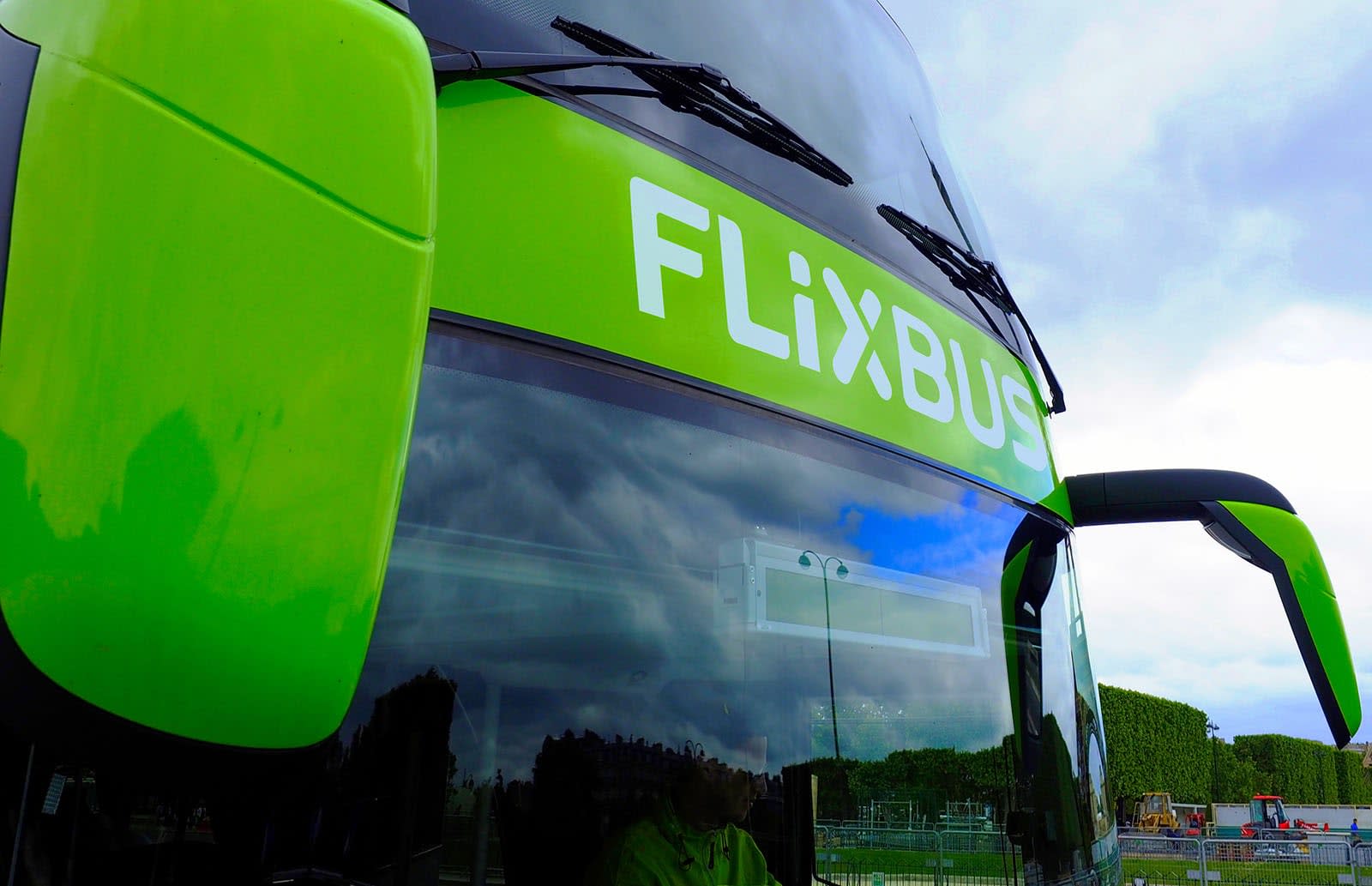 As anyone who has tried using VR in an airplane or crazy self-driving car knows, it can either help you while away the time or make you nauseous. None of that is discouraging the low-cost, high-tech bus service Flixbus, which has started testing virtual reality on several of its US routes. Passengers going from Tucson, Phoenix, Los Angeles and San Diego on a "panoramic" seat will be able to try about 50 virtual reality games and travel experiences for free.

FlixBus first launched in Europe and came to the US last year to compete with Greyhound and other bus services, offering rides for as low as five dollars. However, it's a much higher-tech operation with a business model more akin to Lyft or Uber, offering free WiFi, power outlets and other perks. In Europe, it also has a train service called FlixTrain.

The Pico Interactive headset can run simple basketball, chess and other VR games. The idea of offering VR to bored passengers sounds fine, but the danger of vertigo and carsickness is real. The system I tested on Renault's self-driving Symbioz was linked to real-world vehicle movements, which kept my inner ear in sync. As such, I felt fine, even in jerky traffic.

However, FlixBus has no such tech, so it's limiting the tests for now to relatively straight, smooth routes. The company told TechCrunch that it has received positive feedback from riders in Spain and France, and if US customers like it too, FlixBus could offer the service to everyone.

In this article: FlixBus, Gaming, gear, Headset, Ride-hailing, transportation, VirtualReality, VR, wearables, WiFi
All products recommended by Engadget are selected by our editorial team, independent of our parent company. Some of our stories include affiliate links. If you buy something through one of these links, we may earn an affiliate commission.