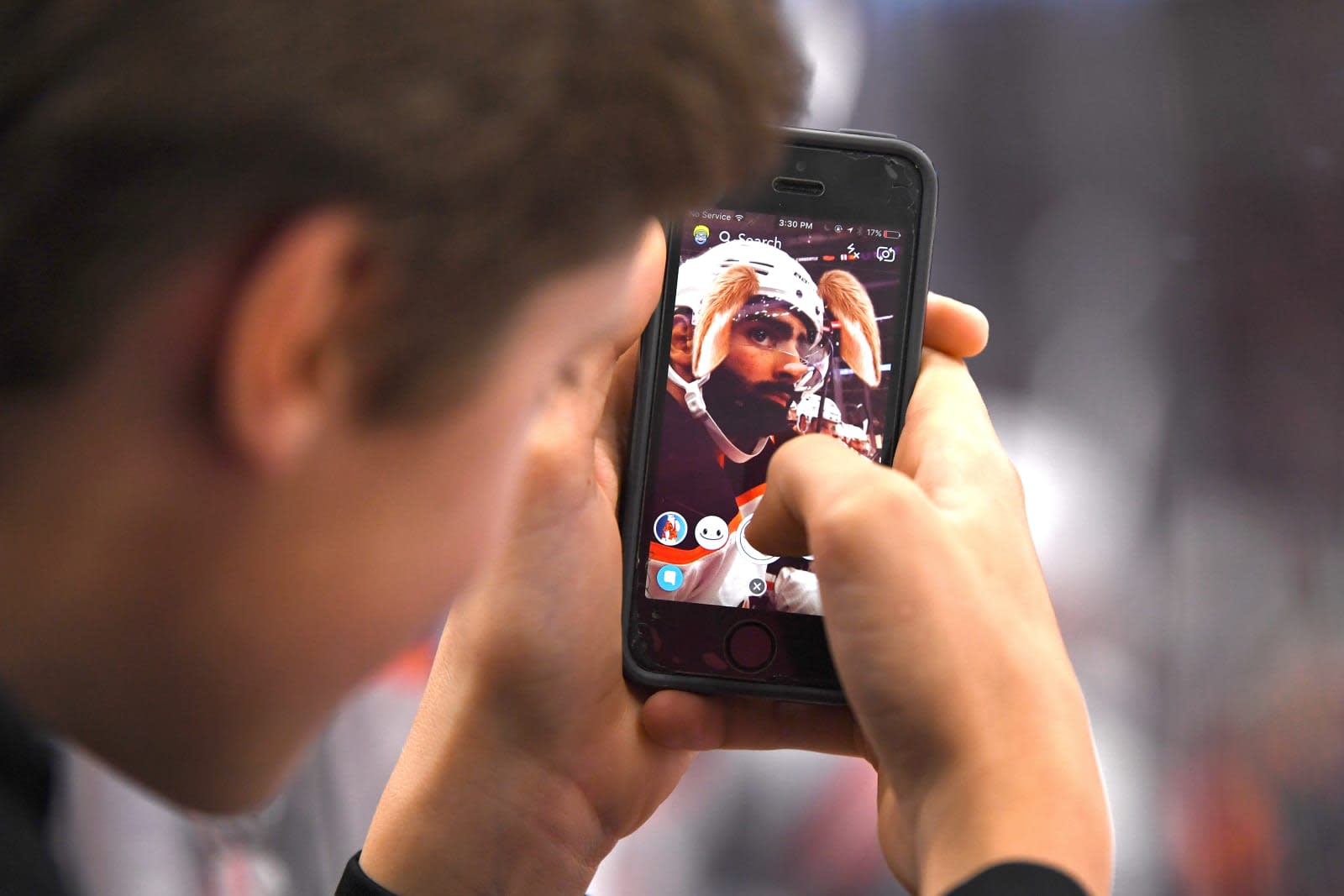 Wondering why Snapchat felt compelled to redesign its app, besides the need to compete with Facebook? It should be clearer after today. The Daily Beast has obtained Snap data showing that the company has had a difficult time getting users to try features outside of the core chat service. Snap Maps location sharing had over 30 million users when it premiered in June, for example, but that dropped to 19 million users (11 percent of the user base) by September. And despite Snap's eagerness to push Discover shows, only 21 percent of Snapchat users (a still-sizeable 38 million) visit the section daily.

The figures show that users are at least loyal. The average user sends 34 messages a day, and the number of people sending daily snaps increased from just under 80 million to nearly 88 million between April and September. People are using Snapchat -- they just haven't been compelled to try much beyond the core functions.

Snap has declined to comment on the leak. As The Verge explained, though, the leak puts the Snapchat redesign into focus. Merging Snap Maps with the Discover section might encourage people to check out both, while merging friends' Stories and snaps could boost the company's ad revenue no matter how well other features pan out. The new interface is about ensuring Snap's long-term survival, not just a desire to shake things up.

Via: The Verge
Source: Daily Beast
In this article: gear, internet, mobile, snap, snapchat
All products recommended by Engadget are selected by our editorial team, independent of our parent company. Some of our stories include affiliate links. If you buy something through one of these links, we may earn an affiliate commission.