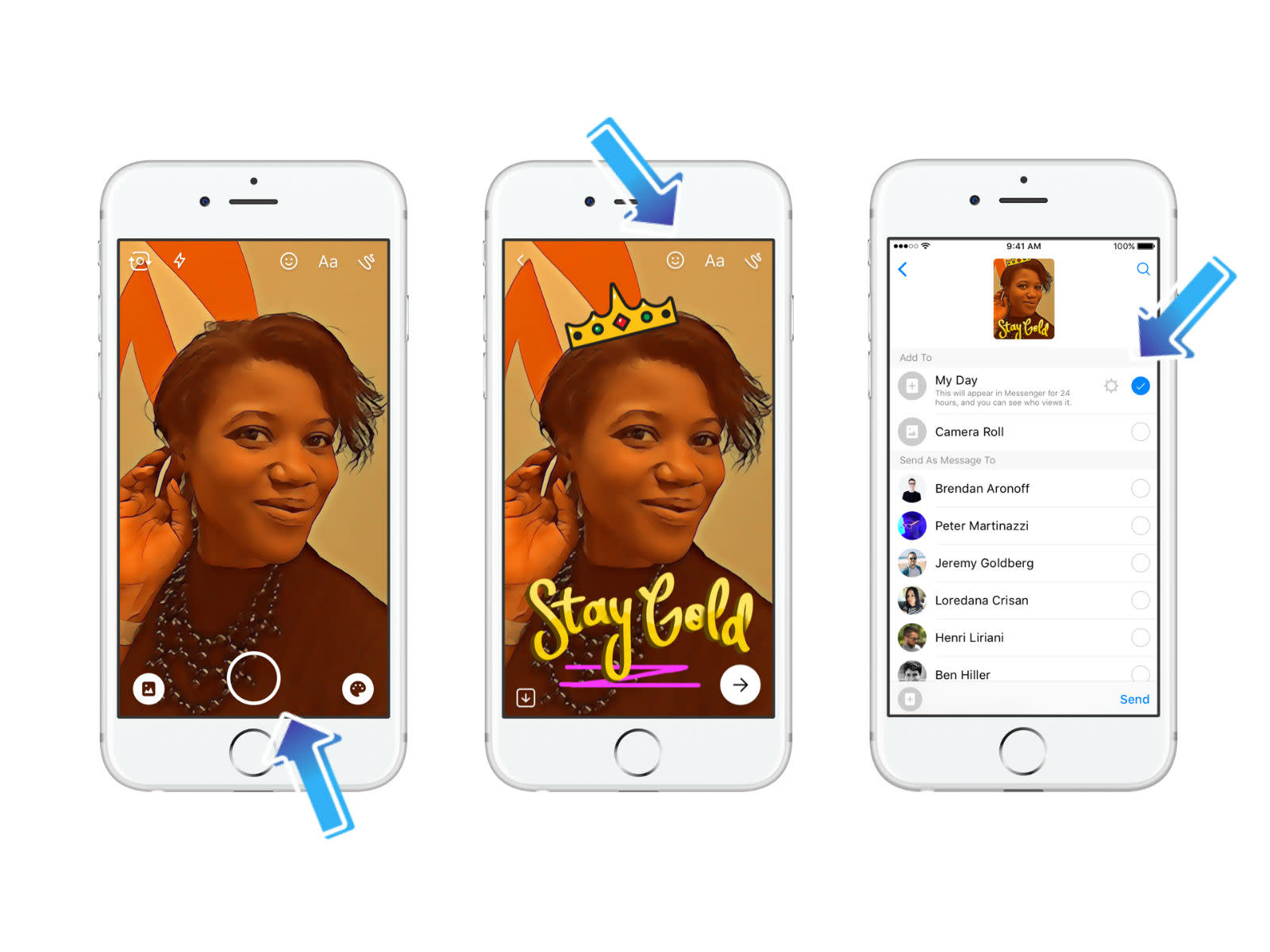 Facebook has been emulating (read: copying) Snapchat for a while now, whether through Instagram or on its own. So, it shouldn't come as a surprise that it's at it again. This time the company is playing around with a feature for Messenger akin to Snapchat's streaks (direct snaps sent back and forth between friends, which come with emoji rewards). Twitter user @CaseSandberg spotted the experiment, with Facebook confirming to Mashable that it is in fact testing it, complete with emoji-like icons. The social network claims it's a way to glean fun facts about your pals, but it's clearly just a ripoff aimed at drumming up more engagement.

Also they are using 2 icons instead of just one. One is just too confusing, what is this Snapchat? pic.twitter.com/B2TSlXyDQv

Streaks have been a hit on Snapchat from the get-go, with fans (particularly teens) fervently maintaining them to amass emojis. Their addictive nature may explain how Snapchat managed to snag 178 million daily users. But, whereas Instagram has successfully integrated its plunders, when's the last time you watched a Facebook Story? We could be wrong, though, and streaks could work a charm on Messenger -- not that it needs help attracting users.

In this article: facebook, gear, messenger, mobile
All products recommended by Engadget are selected by our editorial team, independent of our parent company. Some of our stories include affiliate links. If you buy something through one of these links, we may earn an affiliate commission.