CEO Evan Spiegel admitted the app added fewer users this quarter than the company would like.

Rounding up the collection of tech companies releasing performance results this quarter is new kid on the (trading) block Snap Inc. According to its third-ever public earnings report, Snap continues to add daily active users (DAU) at a relatively slow growth rate of 3 percent. That translates to 4.5 million new users for the app, bringing the total number to 178 million. That's a far cry from the 800 million DAU on Instagram, which saw 100 million new users in less than half a year.

In the company's prepared statement accompanying the results, CEO Evan Spiegel admitted that "we grew our Daily Active Users at a lower rate than we would have liked". He added that "this can be partially attributed to our decision to report our Daily Active Users as an average over the entire quarter, where a strong September was offset by the more modest months of July and August." Still, the company wants to focus on driving user growth in 2018.

It's also redesigning Snapchat overall in response to feedback that the app is "difficult to understand or hard to use." The redesign will focus on a few areas, including updating "streaming architecture for Story playback" so that you no longer have to download an entire video file before initiating playback. This could make it faster to start playing a clip, but could potentially lead to buffer delays due to spotty signals. 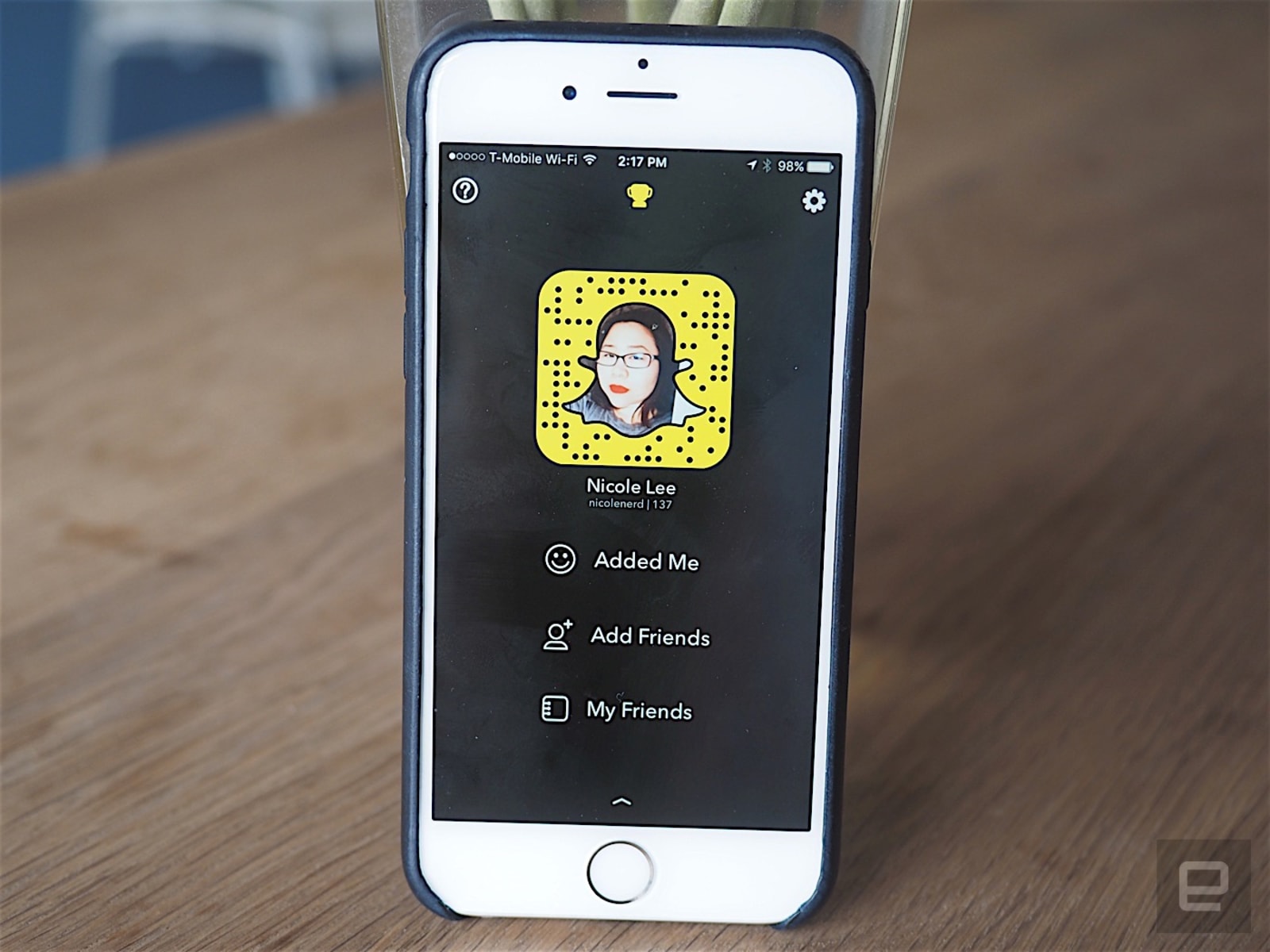 Snap also wants to reach people in what it calls "Rest of World markets" that don't have as speedy or affordable internet access as more-established regions. It is exploring "partnerships with select wireless carriers who can help us to provide our service at a lower cost to our community."

Part of the redesign also involves tweaking the content section of its app to feature the many original shows and news programs that tend to be hidden away. The company hasn't shared details on what this will look like, but said that "there is a big opportunity to surface some of this content in a personalized and more relevant way, while still maintaining the exploratory nature of our service." It's likely that shows will be served up to users based on their viewing or sharing habits.

Snap also said it will open up its Lens Studio tool to let more people create AR filters, just as it gave the public access to Geofilters before.

In the last quarter, Snap has added filters and more ad tools to its app, formed a mobile-only studio with NBC, launched AR art installations and sold dancing hotdog costumes on Amazon. The latter is a strangely appropriate second foray into selling physical products, following the company's video-recording Spectacles.

The company didn't mention either product in its report this quarter, aside from a mention of the $39.9 million inventory charges related to Spectacles. This was "primarily related to excess inventory reserves and inventory purchase commitment cancellation charges." Once the initial hype was over, it seems people just aren't buying Spectacles anymore.

Update: On the company's earnings call, Spiegel addressed a question about his earlier positive comments about Spectacles, saying the company "made a wrong decision based on the early reception" that led it to order long-tail parts. Ultimately, Snap wasn't able to sell as many Spectacles as it thought it would be able to, and Spiegel said this is a mistake the company is learning from. He also touched on the upcoming app redesign, saying he couldn't yet share timing, but that Snap sees an opportunity to evolve the content feed as we know it, just as Twitter and Facebook did before.