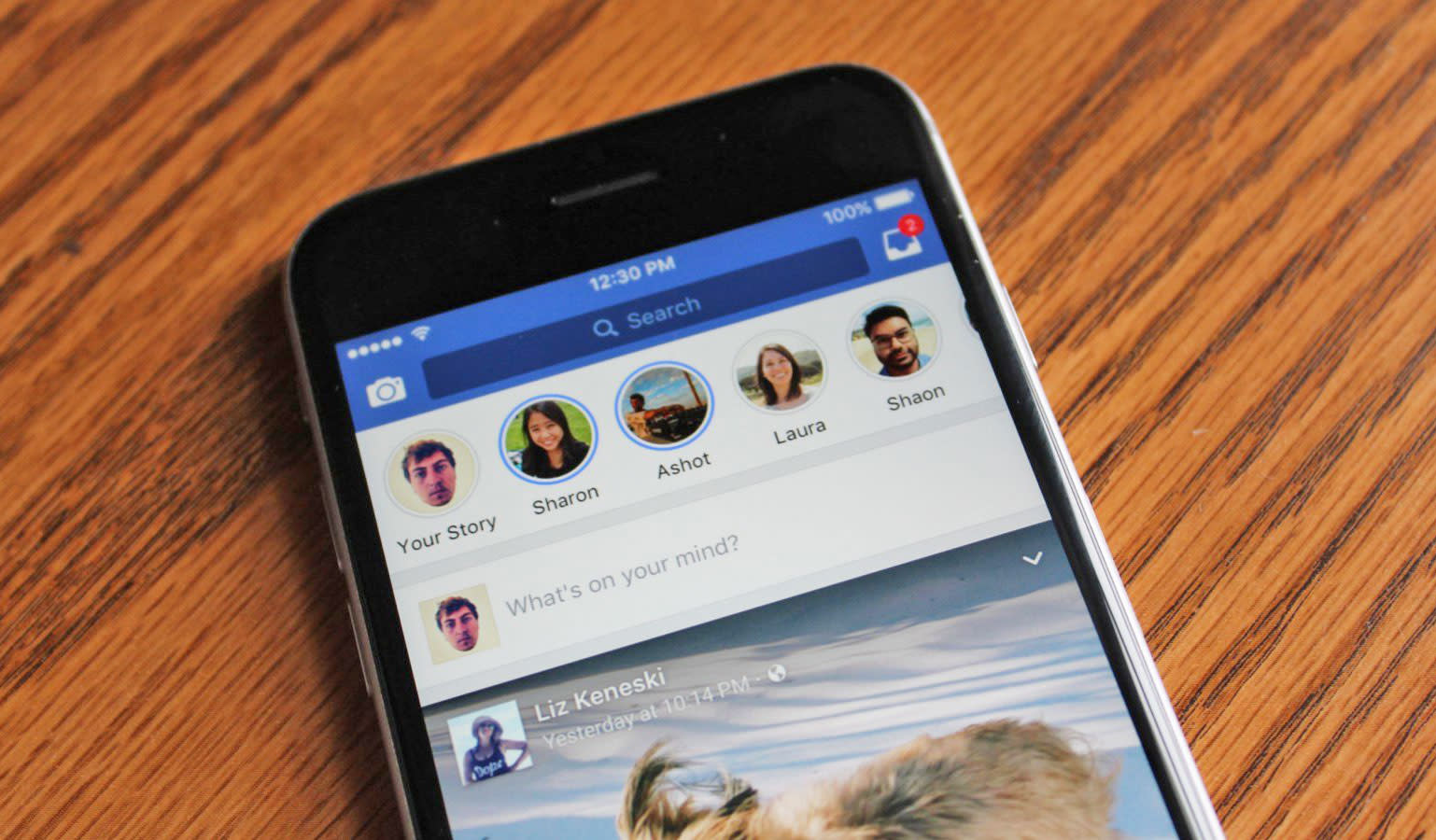 Facebook's Snapchat-like Stories feature launched on its mobile app earlier this year and now it looks like the company is testing it out on its desktop site. As TechCrunch reports, for some users, Stories are now showing up in the top right corner of the page.

Since Snapchat got the ball rolling with stitched-together video clips that disappear after 24 hours, very similar features have appeared nearly everywhere including Facebook, Instagram, WhatsApp, Bumble, Facebook Messenger and Medium. However, while the feature is super popular on apps like Instagram, it hasn't really stuck with Facebook users. It's likely Facebook is trying to see if launching it on its website can get Stories a little more traction. Whether that will actually be the case, only time will tell.

A representative for Facebook told Engadget that the web version of Stories is being tested on a small percentage of people worldwide and that the company hopes for a wider rollout soon. But there's no date for a wider launch just yet.

In this article: Bumble, facebook, gear, instagram, internet, medium, snapchat, stories, whatsapp
All products recommended by Engadget are selected by our editorial team, independent of our parent company. Some of our stories include affiliate links. If you buy something through one of these links, we may earn an affiliate commission.