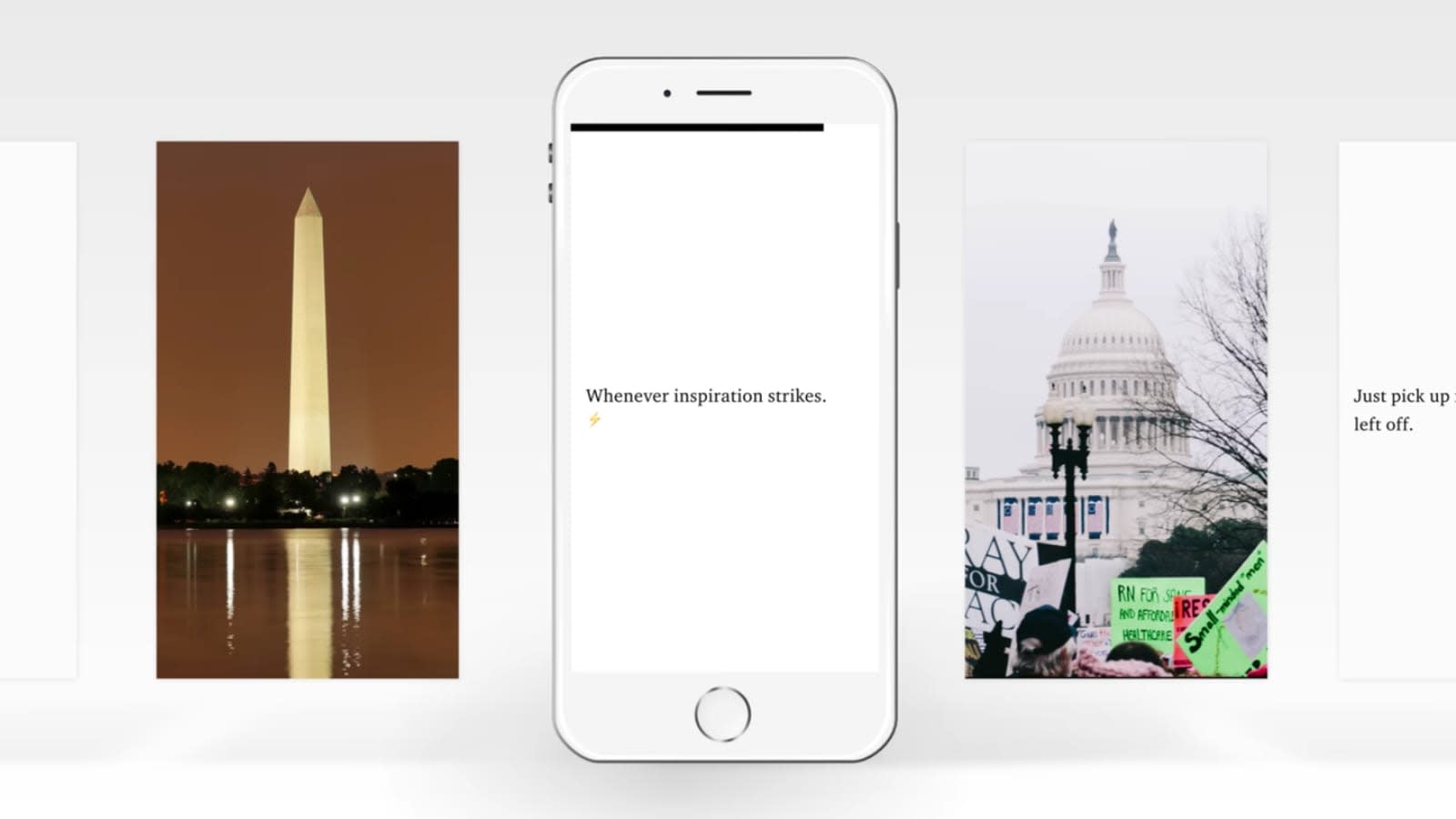 Snapchat is the muse of virtually every app right now. Everybody from Instagram to Tinder is borrowing ideas from the platform, and now it's Medium's turn. Today, the self-publishing site is introducing a new feature for its mobile app called Series, and it looks like a wordier version of Snapchat Stories.

However, Series sets itself apart with posts that don't disappear after 24 hours and actually evolve over time. Medium wants Series to tell "ongoing stories," which they hope posters will add to as the narrative develops. As Wired points out, this hearkens back to an era when serial novels from the likes of Charles Dickens were en vogue, but brings the format to modern technology.

Posts consist of "cards" that can feature text, an image or a GIF. Like Snapchat and Instagram stories, readers can tap on the right and left edges of the screen to navigate between cards. Users who want to follow along with an ongoing Series can turn on push notifications so they'll know when their favorite posts are updated. The app-only feature has early adopters in Bernie Sanders and Melinda Gates, who have already posted Series.

Medium may need a hot new idea just to stay afloat at the moment: The company started the year by firing a third of its staff, then introduced a subscription service just weeks later. Series might not be that fresh of a concept, though. Snapchat Stories are certainly nothing new, and users can already curate posts into a narrative feed with Twitter's Moments feature.

In this article: berniesanders, culture, instagram, medium, MediumSeries, MelindaGates, mobile, snapchat, tinder
All products recommended by Engadget are selected by our editorial team, independent of our parent company. Some of our stories include affiliate links. If you buy something through one of these links, we may earn an affiliate commission.