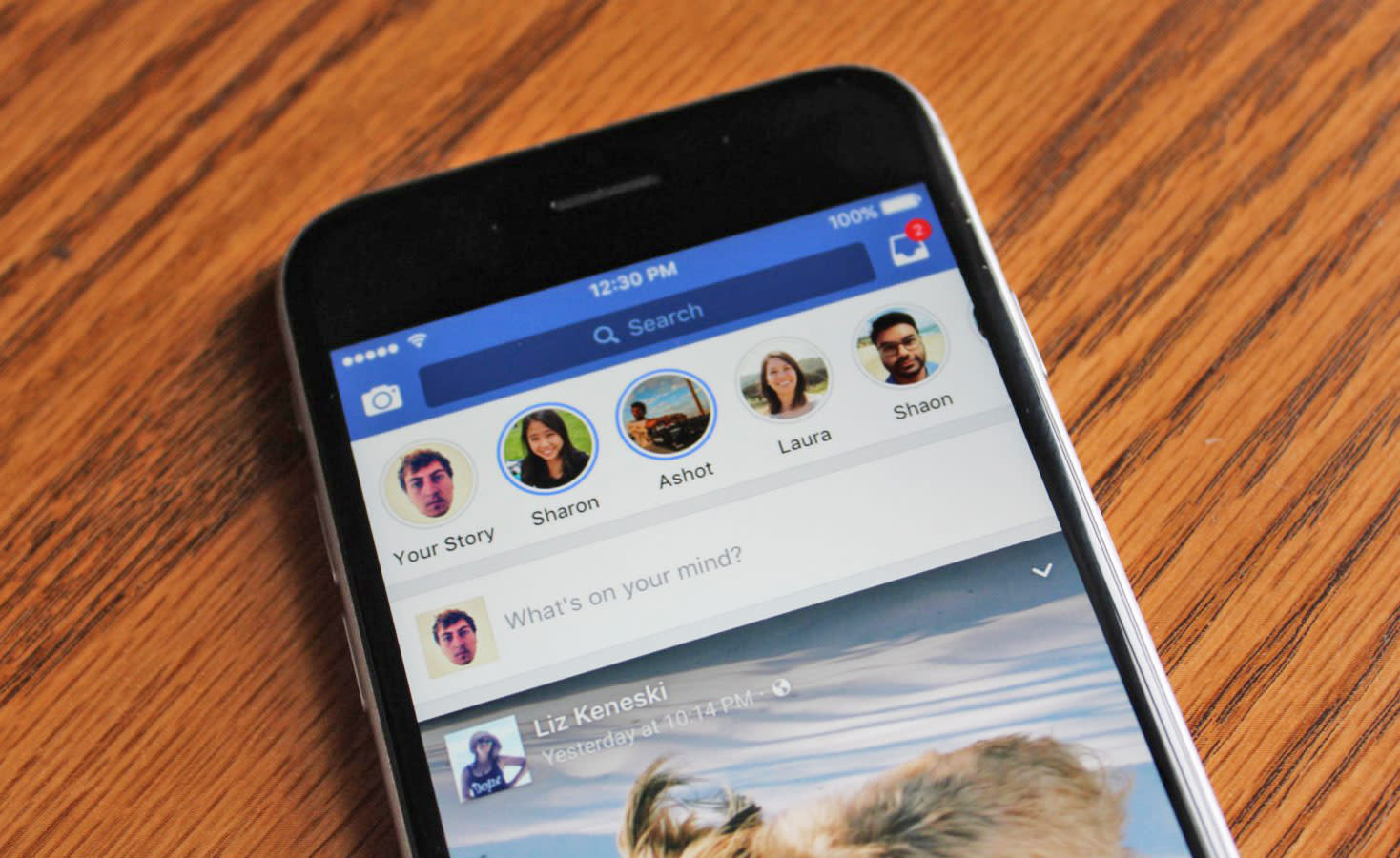 Facebook's quest to clone Snapchat features wherever possible just took its next logical step. Just a couple of months after it started testing Stories in the main Facebook app, the social network has rolled out the feature to many (though currently not all) users worldwide. As with similar efforts in Instagram, Messenger and WhatsApp, you can stitch together photos and videos to share stories that vanish after 24 hours. It won't be at all shocking if you've used any of those apps, but its presence in the core Facebook app is particularly significant.

To date, Facebook's main Snapchat-like features have been implemented in apps that are a subset of its user base. But as big as Instagram is, it can't compare to Facebook's 1.7 billion mobile users -- this move puts Stories in front of many, many more eyeballs. This isn't necessarily going to crush Snapchat's user base (it certainly has the money to fight back), but it may reduce the temptation to head over to Snapchat when you just want to document your life.

In this article: culture, facebook, facebookstories, gear, internet, mobile, snapchat, socialnetwork, socialnetworking, stories
All products recommended by Engadget are selected by our editorial team, independent of our parent company. Some of our stories include affiliate links. If you buy something through one of these links, we may earn an affiliate commission.