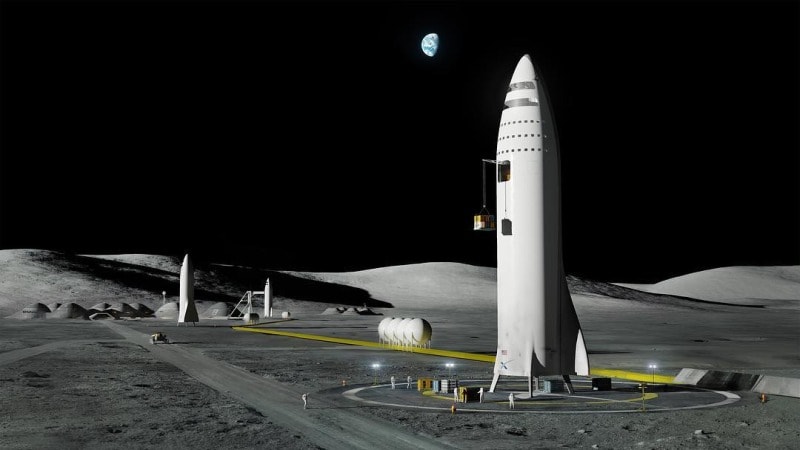 You might not have to wait long to see SpaceX's BFR rocket system in action ... maybe. In a talk at SXSW, Elon Musk said he expected the spacecraft's first "short up-and-down flights" by the first half of 2019. He was quick to hedge his claim, noting that his timelines tend to be "optimistic" (remember how Falcon Heavy was supposed to launch in 2013?), but this at least gives you a timeframe. Test flights couldn't place too much later when the goal is to send cargo missions to Mars by 2022.

BFR is considered the spiritual successor to Falcon Heavy, and in its current design would use a total of 37 Raptor engines (31 on the booster rocket, six on the spacecraft) that should deliver twice the boost of a Saturn V rocket. It's meant to be completely reusable and would be SpaceX's first vehicle designed for missions beyond Earth. While Mars missions are the ultimate goal, it should also be capable of return trips to the Moon (with in-space refueling) and space station resupply missions. It can carry about 150 tons, or five times as much cargo as Falcon Heavy.

It's easy to be skeptical about the early 2019 target, and not just because of Musk's historically overambitious schedules. This kind of interplanetary travel is ambitious even for NASA, and BFR's nearly 348-foot height makes it much larger than Falcon Heavy (Saturn V, for comparison, was 363 feet tall). There's a lot of brand-new factors to consider. SpaceX has the benefit of much more experience than it did a few years ago, however, and it has a track record of successfully pushing the boundaries of spaceflight. It's a question of whether SpaceX has learned enough lessons to meet its BFR targets.

In this article: bfr, elonmusk, gear, mars, rocket, space, spacecraft, spacex, sxsw2018
All products recommended by Engadget are selected by our editorial team, independent of our parent company. Some of our stories include affiliate links. If you buy something through one of these links, we may earn an affiliate commission.