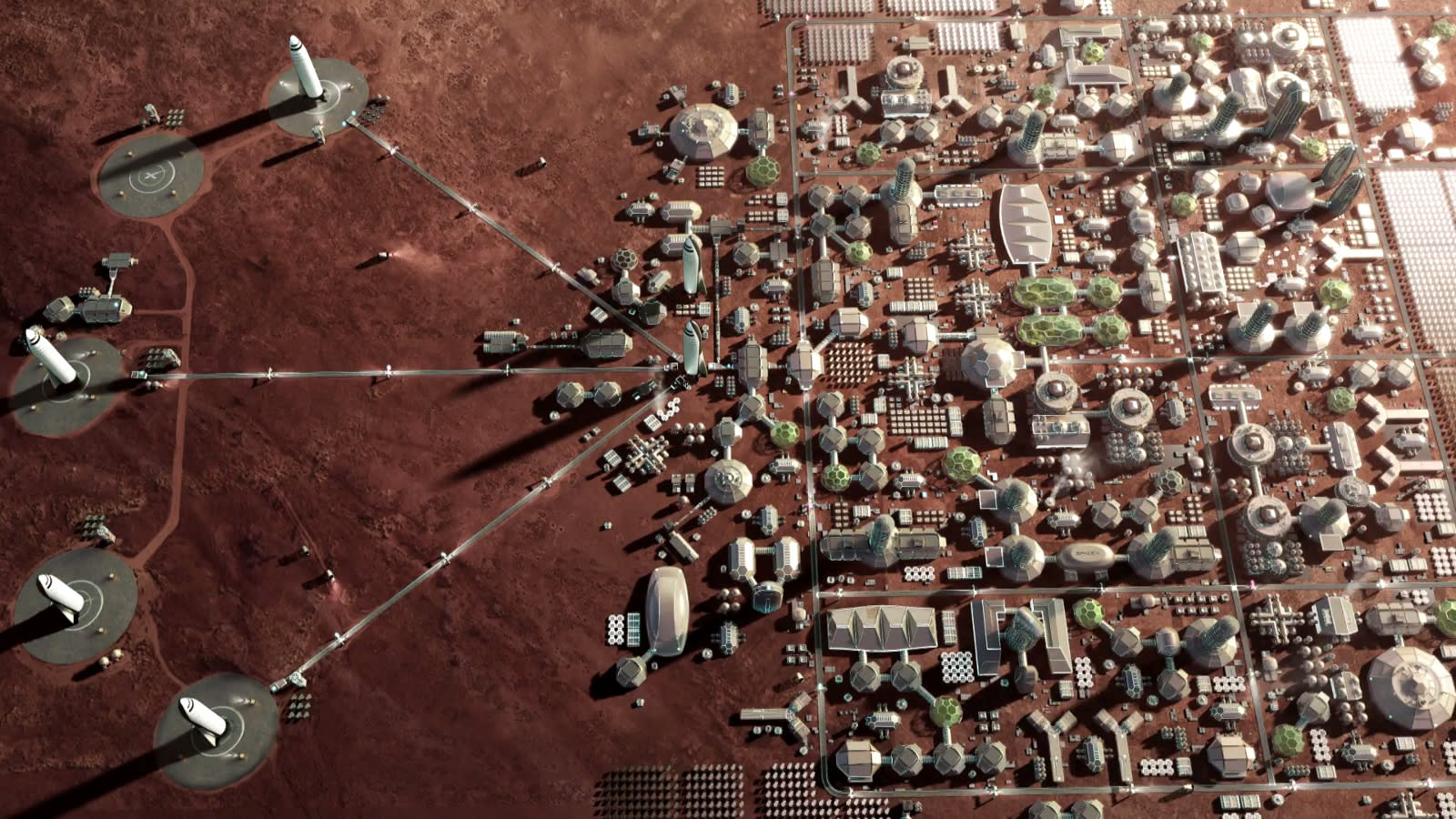 SpaceX hopes to land at least two cargo missions to Mars a mere five years from now. The aerospace company's chief, Elon Musk, discussed its plans at the International Astronautical Congress (IAC) in Australia. He talked about how SpaceX intends to use the BFR, the massive rocket it's developing, to fly Martian settlers to their new home and to take people anywhere on Earth in under an hour. In addition to landing two cargo missions on the red planet by 2022, it hopes to be able to confirm sources of water and potential hazards by that time. SpaceX also plans to start building mining, power and life support infrastructure that year to prepare for the first settlers that could arrive as soon as 2024.

Musk said SpaceX aims to take the first settlers aboard two crewed flights to the red planet by 2024. Their supplies will be loaded onto two separate cargo flights also slated to land within that year. The first wave of settlers will have to set up the base to prepare for future waves who will work on expanding it further and terraforming their new home. These are, however, very ambitious goals -- we could probably expect delays as SpaceX develops the technologies needed to make them happen.

Supporting the creation of a permanent, self-sustaining human presence on Mars. https://t.co/kCtBLPbSg8 pic.twitter.com/ra6hKsrOcG

First opportunity to land BFR with cargo on Mars is 2022, followed by BFR crew and cargo missions to Mars in 2024. https://t.co/kCtBLPbSg8