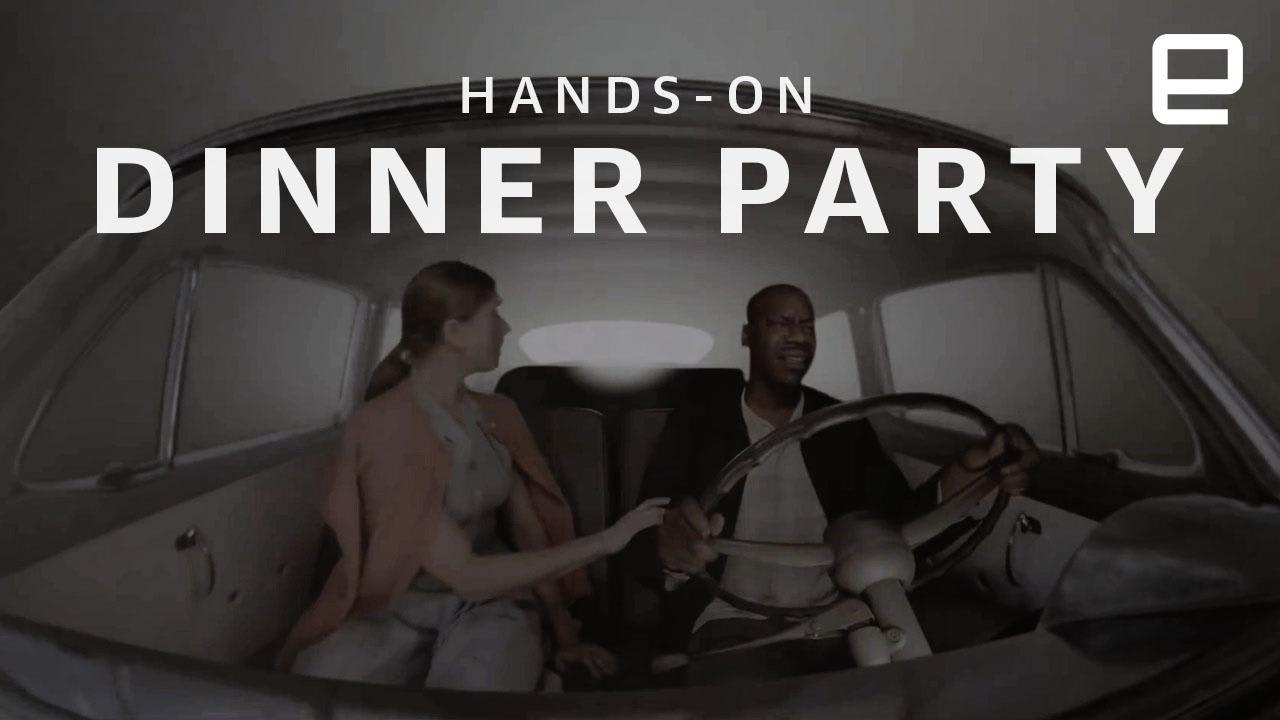 When last we saw Dinner Party, the VR experience about the infamous Betty and Barney Hill alien abduction story, it was only half complete. That was enough to get the gist of it at our Engadget Experience event in LA (where it received funding through our Alternate Realities grant), but there was a pretty big cliffhanger just as the couple was about to encounter the unknown. At the Tribeca Film Festival, I had a chance to sit through the entire film, and it was just as trippy as I expected.

I'll be honest: I spent much of my childhood reading as much as I could about UFOs and the supernatural (I was raised on The X-Files, after all). So the idea of seeing such a widely known story handled tastefully in VR was exciting from the start. Dinner Party, a co-production by Telexist, RYOT (which is owned by Engadget's parent company, Oath) and Skybound, doesn't follow in the footsteps of Communion and Fire in the Sky, popular films that focused on the more horrifying elements of abduction tales. Instead, it's more of a character piece, giving us a glimpse into how two people ended up with vastly different memories of a mysterious event. 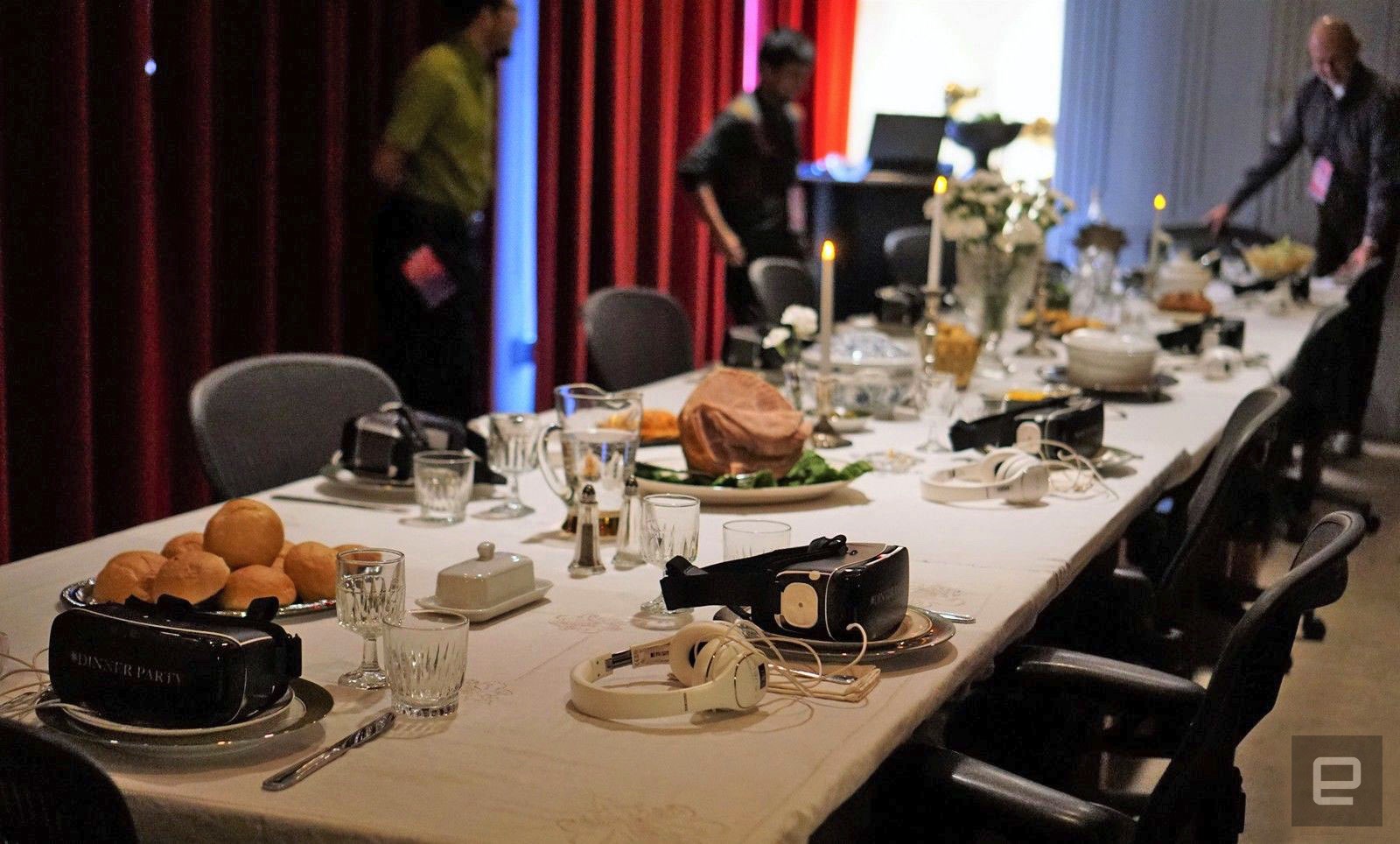 The first half of the film (which I covered in depth here) sets the stage: Betty and Barney are having a relaxed get-together with friends. At first you get a bird's-eye view, but eventually the VR camera settles into the room and floats through several conversations. Out of nowhere, Betty drops a plate and reveals she has something to share with the party: a recording of a hypnosis session, where she and Barney recounted their brush with the unexplained.

In its second half, Dinner Party transforms into something entirely new. Instead of live actors, we see humanoid CG figures in a void-like environment. Betty's description of the event is almost pure positivity -- she felt connected with the world and everything around her. It was an almost religious experience; one that made her feel more enlightened. But for Barney, it was completely the opposite: he describes feeling a dark, punishing pressure. By the end, it's as if he experienced the destruction of his entire being at a cellular level. 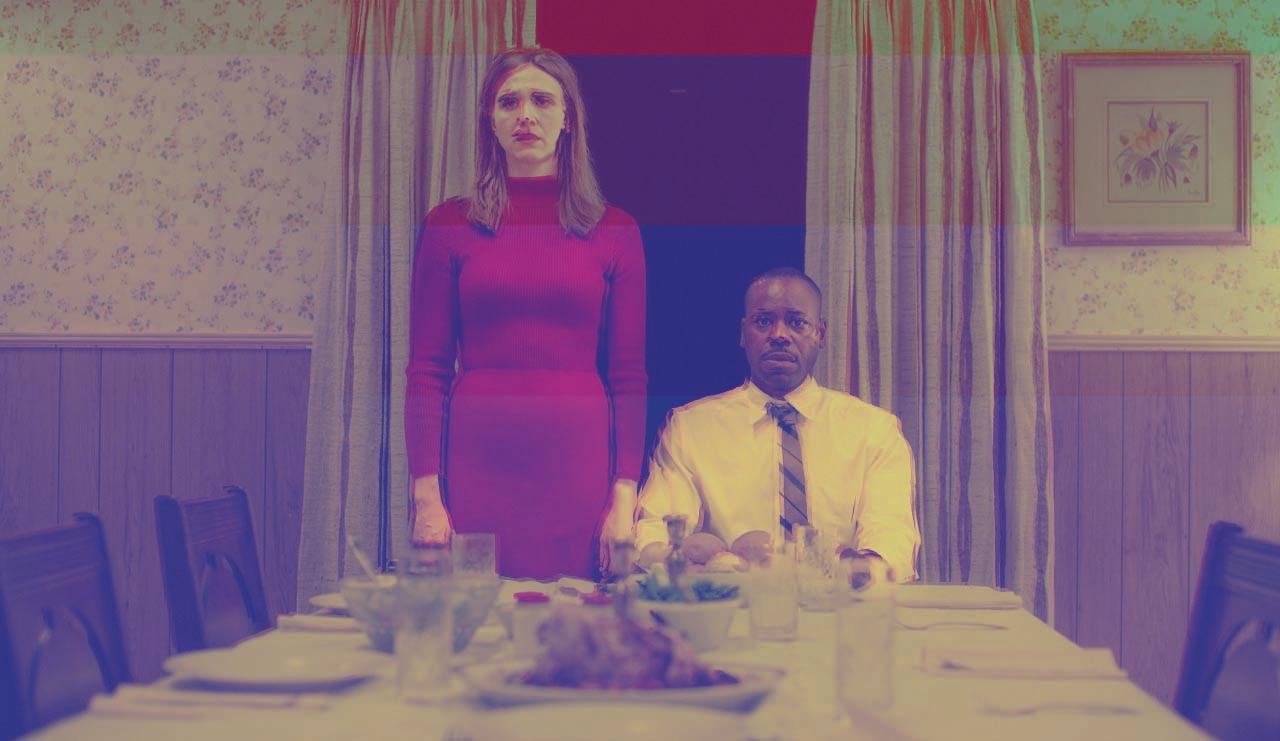 "We based a lot of the descriptions directly off of Betty and Barney Hill's own account," said Sam Gezari, Telexist's creative director. "But obviously we wanted to make it feel like a powerful experience. What we did was blend in live capture with a mixture of Houdini, Maya and other 3D generated VFX. We were able to achieve something close to what they described -- this kind of particlization of their bodies."

There's still no release date for Dinner Party, according to Erik Donley, co-founder of Telexist. The studio is currently shopping it around to partners as the pilot episode for a series about popular supernatural stories. Think of it like the Twilight Zone in VR. Given the appetite for those tales, and VR's ability to immerse us in entirely new ways, I'm hoping the series finds a home.

In this article: art, av, entertainment, tribeca2018
All products recommended by Engadget are selected by our editorial team, independent of our parent company. Some of our stories include affiliate links. If you buy something through one of these links, we may earn an affiliate commission.