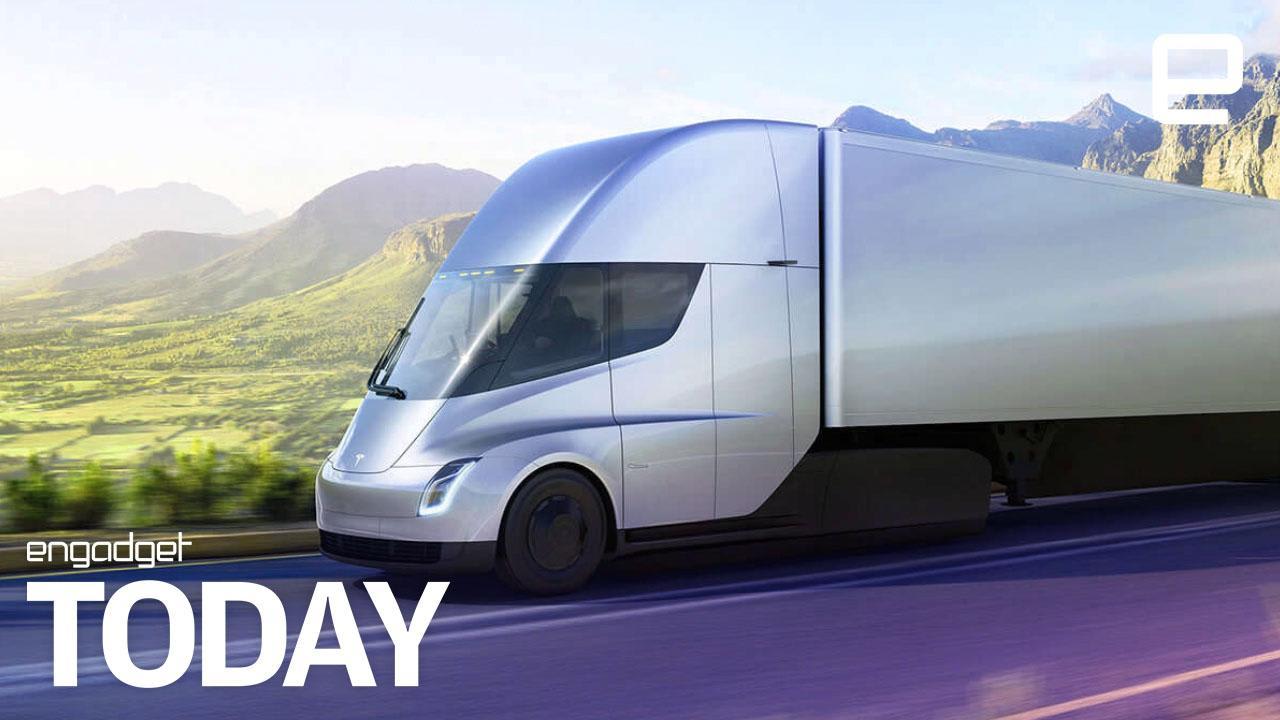 Nikola Tesla invented alternating electrical current. Nikola Motors is a mobility company working on a hydrogen-powered semi truck. Tesla makes fully electric vehicles and last December unveiled its EV Semi. Nikola Motors is suing Tesla Motors over patent infringements, according to Electrek. Let the irony of that sink in for a moment before reading the rest of this post.

Nikola alleges (PDF) that Tesla infringes on three of its patents: fuselage design, a wraparound windshield on a semi truck and a mid-entry door. Nikola claims that these design similarities have "caused confusion" among customers and stolen away over $2 billion in business, and that if problems arise with Tesla's Semi (like battery fires or glitches with autonomous driving), they'll be attributed to Nikola. Typical patent troll stuff.

Unlike most patent troll cases, this one could have merit. Nikola unveiled its hydrogen-powered semi in December 2016. Elon Musk first showed off the Tesla Semi last December. Once you start looking at the drawings in Nikola's patents, or compare photos of concept vehicles, you'll see that there are some similarities between the trucks. Nikola also alleges that Tesla reached out to poach an employee and doesn't hold any patents for its truck design compared to Nikola's half-dozen.

Where's that $2 billion in lost business claim come from? The amount Tesla's stock price jumped after unveiling the Semi and racking up pre-orders from large commercial customers. We've reached out to both companies for more information and will update this post should it arrive. Until then, you could always read over the complaint yourself.

Update: We've heard back from both Nikola Motors and Tesla. "It's patently obvious there is no merit to this lawsuit," a Tesla spokesperson said. Nikola Motors on the other hand had the following to say: "We are simply defending our intellectual property. The lawsuit speaks for itself."

Nikola vs Tesla by Fred Lamert on Scribd

Source: Elektrek
Coverage: RPX Insight
In this article: AOLoriginals, business, DailyShow, Engadget, EngadgetToday, EngadgetVideo, entertainment, EV, lawsuit, nikolamotors, patent, patenttroll, semi, semitruck, tesla, teslamotors, tomorrow, transportation
All products recommended by Engadget are selected by our editorial team, independent of our parent company. Some of our stories include affiliate links. If you buy something through one of these links, we may earn an affiliate commission.